No country is immune to stereotypes and generalizations. However, opinions about a country and their inhabitants are not always negative. In fact, Japan has many positive attributes.

One may say the Japanese are formal, disciplined, and are bound by traditions and rituals. Nonetheless, there is so much more in depth regarding these characteristics.

Many have heard of the traditional greeting in Japan, which is bowing during any given exchange. Greetings are very formal and ritualized in Japan. It is important to display the correct amount of respect based upon their status relative to your own. Although this may be true, handshakes are common in Japan as well, which is expected from foreigners.

Japan’s society is organized into a hierarchy. The Japanese people are very conscious about one’s age and status, be it in a social or business situation. Traditionally, seniority has been the main qualification for a higher rank. It is emphasized in Japan that younger people show respect and deference when socializing with their seniors.

In the light of, students at school learn to address their older peers as “senpai” or junior to them “kohai”. Likewise, the oldest person in a group is treated with reverence and honor. You may be viewed as rude if you were to use informal language towards someone of a senior status.

Japanese people value harmony. It is a guided philosophy placing great emphasis on personal responsibility, politeness, and working together as a universal. As a matter of fact, Japanese students would rather work in groups and share ideas than voice their opinions alone.

Since there is need for harmonious relationships between people, it is reflected upon Japanese behavior. Japanese people rely on facial expressions, tone of voice, and posture to tell someone how they feel. Non-verbal communication is often trusted more than the spoken word, since words can have several meanings.

There is a concept called “saving face” in which Japanese people believe is crucial in their society. It is a mark of personal dignity and having high status with one’s peers.

Saving face is important because it avoids unpleasantness with others. With this in mind, Japanese people will never openly criticize or put anyone on the spot. Turning down a request or saying “no” may cause loss of face or embarrassment to the other person. Instead, they may say “it’s inconvenient” or “this could be difficult” when there is a request that cannot be agreed to.

Another highly ritualistic and meaningful custom in Japan is the gift giving etiquette. Gifts are given in many occasions, such as visiting another person’s house. Food like small cakes or nice quality chocolates are usually good gift ideas. To the Western mindset, this can be seen as being kind and polite.

In business and social settings, punctuality is a must. Time management is important in Japan. It is courteous to show up to a business meeting or social gathering early or on time.

Japanese people value harmony and etiquette; they have a highly structured and traditional society. On the contrary, this is conventional enlightenment on Japanese society and culture, and is not meant to stereotype every Japanese person. 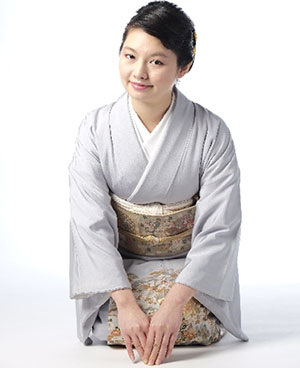