Japan’s two major religions are Shintoism and Buddhism. Although, religion is not a part of everyday life for Japanese people. Customs and rituals are usually turned to during special occasions such as birth, weddings, funerals, visiting shrines and temples on religious holidays, and festivals.

The two religions, Shinto and Buddhism, harmoniously coexist and even complement each other to a certain degree. Many Japanese people consider themselves Shintoist, Buddhist, or both.

Shintoism is as old as Japanese culture itself. The exact origins of Shinto is unclear, but it has been suggested that it’s been practiced by the Yayoi people. Shintoism is the belief of kami (gods) representing objects in nature (flowers, trees, rocks, rivers). It is Japan’s indigenous spirituality. Buddhism was introduced to Japan in the 6th century by the mainlands, establishing itself in Nara. Over time it divided into other sectors, Zen Buddhism being the most popular.

To point out, Buddhism is concerned with the soul and the afterlife. While Shintoism is the spirituality of this world and this life. This explains why the two religions go hand in hand with each other for many Japanese. The Japanese typically turn to Shintoism for the celebration of birth or marriage. However, funerals are usually buddhist ceremonies.

This relationship may seem confusing to some foreigners. To put it another way, a common saying in Japan is, “We live as Shintoists, but die as Buddhists.”

To clarify, shrines are Shinto and temples are Buddhist. Shrines are usually identified with torii (large entrance gate) which are generally painted red. However, it can be difficult to identify and separate between shrine and temple buildings because they are often in the same complex.

Do as the Japanese do when appreciating a shrine. There will be a water fountain or trough just inside the torii. You must use a ladle to cleanse your hands and mouth to purify your spirit before entering. Additionally, look for a long rope hanging from a bell in front of an altar. You may pray here: first ring the bell, then throw a coin before the altar as an offering, clap three times to summon the kami, and clasp your hands together to pray.

Before entering a temple, you must take off your shoes. You will have to kneel on the tatami-mat before an altar or icon to pray. Fate, luck, and superstition are of importance to the Japanese. Many people buy charms from temples or shrines and attach them to key chains, phones, or hang it in their cars. These small charms may bring protection or good luck, or different grants depending on which charm is obtained.

On the Japanese calendar, there is a holiday of importance called the New Year, which is celebrated from the 1st to 3rd of January. People usually visit ancestral graves to pray for late relatives. Notably, the first shrine visit of the New Year is also important to secure good luck for the year ahead.

O-Bon, usually held around mid August, is an event to mark the annual visitation of ancestors to visit the living. Many people at this time also make trips to visit local temples to pray and give offerings.

If you have an interest for Shintoism or Buddhism, Japan has many fascinating places to visit. Kyoto has many beautiful temples and shrines, and Nara is home to the huge statue of Buddha. In fact, you can see the country’s religious heritage just about everywhere in Japan. 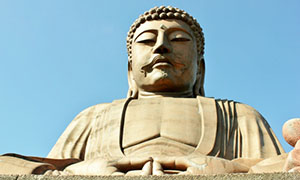