Hirosaki Castle is one of the twelve original castles left in Japan. This means that the castle has never been remodeled or rebuilt in modern history. Hirosaki Castle was first constructed in 1603 by Tsugaru Tamenobu, a former retainer of the Nanbu clan, but he died in Kyoto in 1607 before the completion of the castle. Hirosaki Castle reached its completion in 1611. The main five story castle keep was burnt to the ground, which was started by a lightning strike in 1627. The keep was later rebuilt in 1810 by Tsugaru Yasuchika, but with only three stories because at the time there was a law by the Tokugawa Shogunate that prohibited the construction of five storied castle towers. Hirosaki Castle was known as Takaoka Castle, but it was changed by Tsugaru Nobuhira in 1628 to its present name. Hirosaki Castle is one of the best places to see cherry blossoms. In 1715, twenty-five cherry blossom trees were planted by clansmen of Hirosaki in the castle. After about 170 years 1,000 more cherry blossom trees were planted in the area. The first viewing happened in 1918, but the following year stalls selling soba, mochi dango and various other items started to appear. In 1961, the cherry blossom viewing party was renamed to Hirosaki Sakura Festival. Today there are 2,600 cherry blossom trees in 50 varieties. 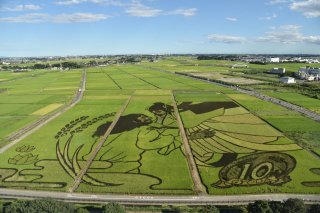 Discover the natural wonders and cultural rarities of the Tohoku region, including fascinating rice paddy art, a day in the life of a mountain monk, a cruise around Matsushima Bay, Nikko's Toshogu Shrine, and much more! 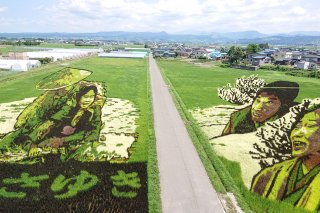 Experience a tour through the rare cultural beauties of Tohoku, followed by the golden route through Japan’s top destinations!