The Takayama Festival is the collective name for the Sanno Matsuri of spring and the Hachiman Matsuri held at Sakurayama Hachimangu Shrine in October, and is considered one the most beautiful festivals of Japan. A large parade of 1,000 people is staged, making you feel as if you have slipped back to the 15th Century, especially because of the costumes and music performances.

Most popular are the Tokeiraku parade of people wearing hats adorned with bird feathers who sound bells and beat drums, and the shishimai lion dance which is performed by dancers wearing head gear designed like a lion's head. These are followed by the parade of over 10 gorgeous floats called yatai. These yatai floats have all kinds of contrivances, such as marionettes which move so dexterously, taking the spectators by surprise. Once evening falls, 100 paper lanterns adorn these floats, producing an even more beautiful sight. The wonderful technologies of western and eastern Japan that existed in the Edo Period (17th-19th Century) are fully utilized in this festival. This is the pride of Takayama city which formerly boasted outstanding artisans such as carpenters and sculptors. Takayama, where the sublime mountains of the Northern Alps soar nearby, is called ’the little Kyoto of the Hida region,’ and you can enjoy looking at the old rows of houses and streets as you take a stroll. Even if it rains, you can view the floats without getting wet from the float storehouse with its doors wide open. If you wish to learn more about the yatai floats, you should visit the Takayama Yatai Kaikan. 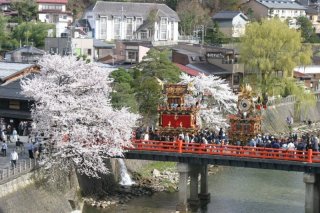 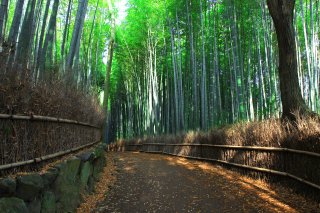 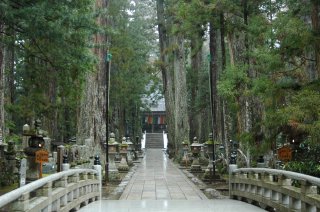