Gion Summer Festival is an annual celebration that lasts for the whole month of July in Kyoto. It is considered one of the largest and most famous festivals in Japan. The summer festival is hosted by the Yasaka Shrine. The main attraction is the grand procession of floats that happens on July 17th called Yamaboko Junko. These floats can reach up to 25 meters high and weight up to 12 tons. The route for the Yamaboko Junko is 3 kilometers long. The Gion Festival can be traced backed to 869 when a plague hit the area and some attributed it to the deity Gozu Tenno. It was then that the Emperor ordered the citizens to pray to the deity Susanoo no Mikoto at Yasaka Shrine. Gion Festival has been held annually since then, but it is not a combination of festive celebrations and religious rituals.

Even though it is called Gion Festival it does not actually happen in that district. The celebrations, parade and other activities happen in downtown Kyoto across the river from the Geisha District. In 2014, the festival had grown to the point that they decided to bring back a second parade of floats on July 24, but is much fewer and smaller than the main one. Three days before July 17th the streets at night become closed to traffic and the festive evenings begin. On July 10 to 14 people can watch the giant floats be built from scratch without the use of nails. In the evening on the 17th a procession of mikoshi (portable shrines) are carried on the shoulders of the participants. The shrine’s deity is enshrined and carried from Yasaka Shrine to Otabisho. Then on July 24th the mikoshi return back to Yasaka Shrine. 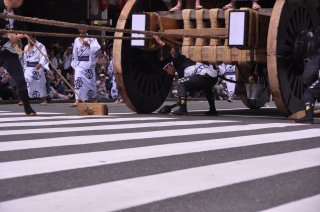 The must see sights of Tokyo & Kyoto...plus Gion Summer Festival. 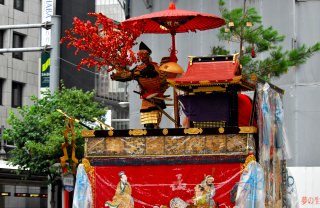 Perfect for those who want to visit the well known regions of Japan...plus Gion Summer Festival.