The Abashiri Prison was constructed in 1890 and was the first maximum security prison in Japan. The prison continued its operations until 1984, when a new modernized prison was built to replace it. When operations ceased it was converted into a museum. The Abashiri Prison Museum is an open air museum. Back in 1909, a fire broke out, which destroyed a majority of the buildings. The structures were then reconstructed in 1912 and were moved to its present location when the prison went through modernization in 1984. In 1985, the Abashiri Prison Museum opened its doors to the public featuring 22 structures exhibiting the life of the prisoners back in the day. In 2010, renovations were made to add the Prison History Museum, which displays easy to understand exhibitions using state of the art technology. The original narrative of the museum was to show how well the prison served its purpose in making the offenders reflect on themselves and their deeds and thus contributed to justice and the improvement of both the prisoners themselves and society in general. The new renovations seems to side more with the prisoners and turns the first arrivals into tragic national heroes. The Abashiri Prison was made famous by the Abashiri Bangaichi mafia movie, which was directed by Teruo Ishii in 1965. This movie series helped Ken Takakura become a nationally famous. There are two famous criminals known for escaping prison multiple times. Gosunkugi (Long Nail) Torakichi Nishikawa was the king of prison escapes in the Meiji era and Yoshie Shiratori was called the “Prison Break Magician of the Showa Era.” Both of these convicts are represented by mannequins in the museum. 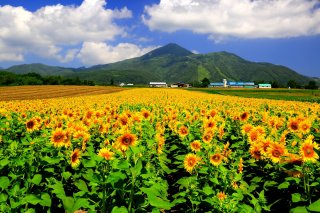