In Japan there are a few pottery towns that have established their own sense of style for their area. Pottery is one of the oldest forms of art in the country and dates back to the Jomon Period (10,000-300 BCE). Japanese pottery developed into two aesthetic traditions where one follows the teachings of wabi sabi and the other aims for a sense of perfection. Wabi sabi comes from the teachings of Zen Buddhism and many great masters of pottery were priests back in the earlier days. Raku ware follows those principles and usually uses a color palette that matches earthen look. The design and decorations were partly random. The other followed the process used in Chinese porcelain. These works were highly finished, brightly colored, complex, and balanced decorations. It is a style that focused on how the final product looked. Either way pottery continued to thrive with the practice of tea ceremonies because there were tea bowls that changed with use. These types of tea bowls were highly sought after by tea masters to use in their ceremonies.

Traveling throughout you can see distinct styles of pottery depending on the town you end up visiting. Mashiko and Hagi are the most famous towns for pottery. Back in 1924 the potter Shoji Hamada moved to Mashiko because of the quality of clay he found in the mountains nearby. He set up his kiln in the town and promoted the area. Shoji Hamada was designated as a Living National Treasure when he was alive for his work that focused on mingei (folk arts). Hagiyaki is a famous type of pottery that is most desired by tea ceremony practitioners. One of the characteristics of the pottery is the color change over time when it is used. Residues of the tea seep into the small openings of the glaze, which gives the ware a different hue over time. It is a subtlety that tea practitioners admire and appreciate. 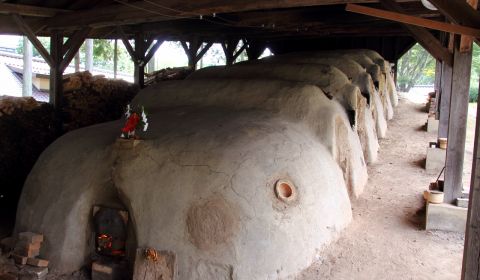 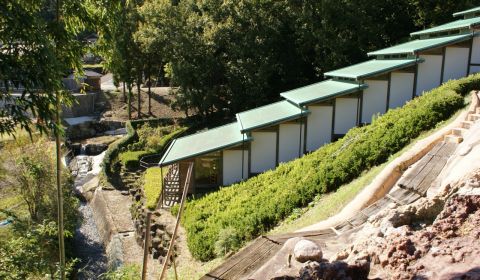 Mino is a city known for its long history with washi paper production and merchant structures with udatsu roofs. 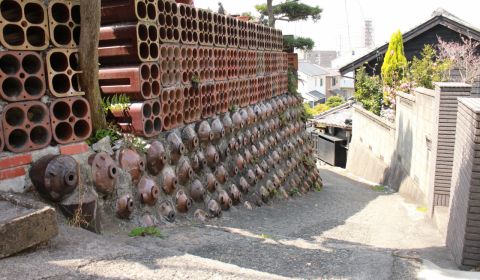 Tokoname has been a center for producing pottery since the Heian Period. 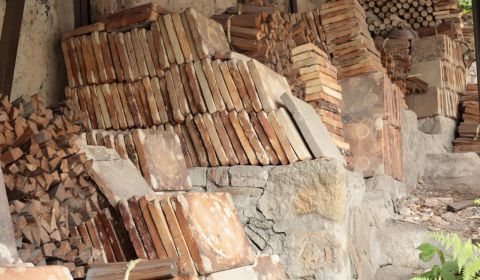 Seto is located northeast of Nagoya and has a history of producing ceramics. 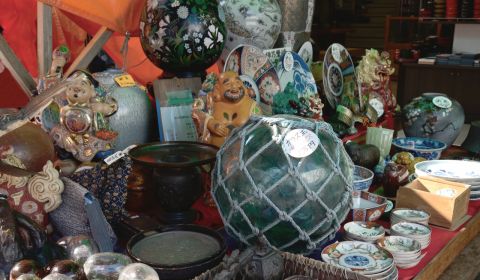 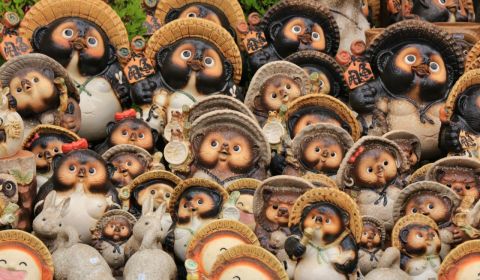 Shigaraki is a famous ceramic town where you can find ancient kilns and is the number one producer of tanuki (raccoon) statues. 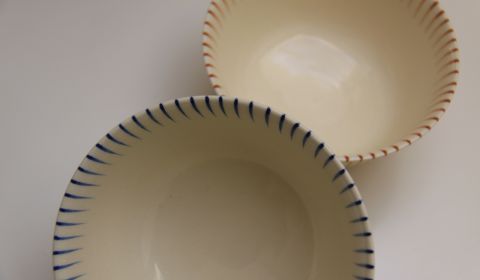 Kyoto is a chirimen production district. Chirimen is a fabric used for high grade Japanese clothing. 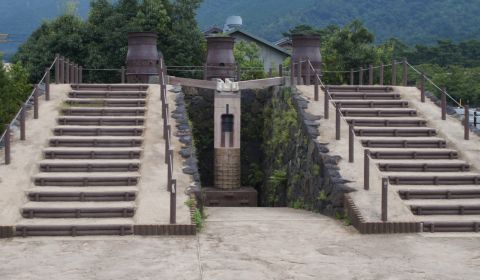 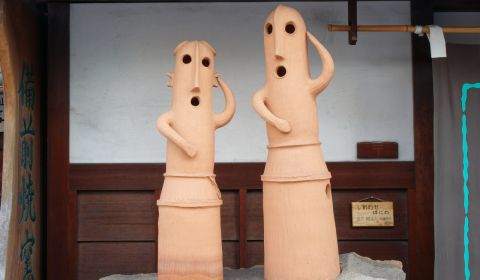 Bizen is a city known for its traditional ceramic art. It is home to an ancient Japanese pottery style, known as Bizen- yaki. 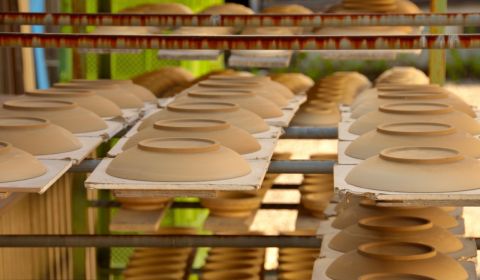