Izumo Grand Shrine is one of the most important Shinto shrines in Japan and is located west of the city Matsue in Shimane Prefecture. The deity that is enshrined on the grounds is Okuninushi no Okami, the creator of the land of Japan in the creation myth. Okuninushi also became the deity associated with good relationships and marriage. It is said that every year from the 10th to 17th of the 10th month in the lunar calendar, the eight million deities of the Shinto religion gather at the Izumo Grand Shrine. The month is called Kamiarizuki (month with deities) in Izumo. There is a festival held to celebrate such a time called the Kamiari Festival.

There is no exact date to when the Izumo Grand Shrine was established, but records show that it has existed since the early 8th century. It was periodically rebuilt like the Ise Grand Shrine until 1744 when the tradition changed. Instead there are major renovations done periodically to maintain the shrine. The architecture is solely based on Shinto influences and predates the introduction of Buddhism as well as other religions. The main hall on the grounds is 24 meters tall, which makes it the tallest of its kind in Japan. 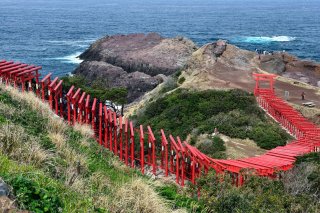 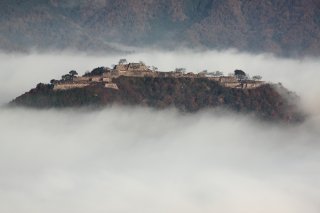