The Hokkaido Shrine was constructed based on modern shinmei zukuri style with unpainted wood and rooves made to look like a thatched roof. Many chigi, forked roof finials, and katsuogi, short decorative logs, adorn the top of the shrine. The haiden, hall of worship, is the area before the honden, main hall, where the deities are enshrined including the soul of Emperor Meiji. The honden is usually off limits to the public, but can be viewed from the haiden. The Hokkaido Shrine is also considered a power spot, when you can draw energy from the earth. In 1869, the Meiji government sent envoys to develop Hokkaido. It is also the year the Meiji Emperor issued an imperial order to build a Shinto shrine in Hokkaido. The Emperor chose to enshrine Okunitama, Okuninushi and Sukunaihikona to protect Hokkaido from Russia and watch over its development. Even though the enshrining ceremony was held in Tokyo, the three deities were later brought by officers in the Kaitakushi (Hokkaido Development Commission).

The shrine was completed in 1871 and was named Sapporo Shrine. From 1889 to 1946 the shrine received the highest designation you can receive from the government, which was Kanpei Taisha. It means Sapporo Shrine was one of the 67 sanctuaries that were closely associated with the imperial family. It also received ichinomiya, which means it was the first in their province. However, in 1964, the soul of Emperor Meiji was enshrined and the name of the shrine changed to Hokkaido Shrine. A fire destroyed the shrine in 1974 and it was rebuilt in 1978. Every year on June 16th, during the summer Sapporo Festival, groups of people carry mikoshi, portable shrines, around the city from the Hokkaido Shrine. It is said that the mikoshi are used to transport deities. The Sapporo Festival is the main festival of the Hokkaido Shrine and starts on June 14th and ends on June 16th. 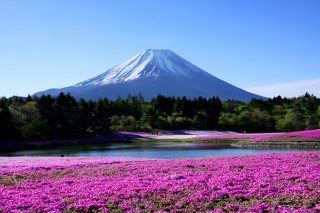 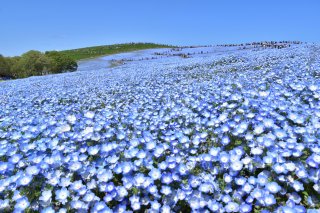 Experience the vibrant Sapporo Autumn Fest, paired with the breathtaking nature and enchanting culture on a 9-day tour around the northern island. 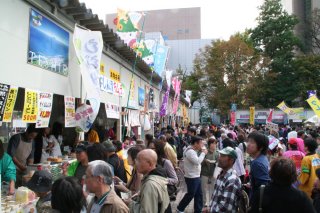 This autumn tour through Japan combines the vibrant Sapporo Autumn Fest with the best sightseeing spots of Honshu.