The three major classical theaters in Japan are Kabuki, Noh, and Bunraku. All three of these performance types have been listed as UNESCO Intangible Cultural Heritages. Kabuki is a Japanese classical theater art form that can be traced back to the Edo Period. The word Kabuki is written with three characters that mean song (ka), dance (bu), and skill (ki). A typical kabuki show has elaborate costumes, exaggerated wigs, distinct make-up, over the top actions, and consists of an all-male cast. The emphasized movements in the performance are to convey certain meanings to the audience since many old Japanese words are used in the dialogue.

Noh are a form of traditional theater that involves music, dance, and drama. The movements are slow with poetic language in a monotonous tone while the actors wear rich and heavy costumes. During the interludes of the main performance comical pieces known as kyogen are performed. It first originated in the 14th century and was popularized by a man named Zeami. The distinct feature of Noh is the use of masks that tell the audience the character being played. The masks are usually carved from blocks of Japanese cypress with three dimensional properties that allow the actors the ability to show various expressions from different angles. Only males are allowed to play the parts which are Shite (leading character), Waki (supporting actor), Hayashi (musicians) Jiutai (chorus), and Koken (stage attendants).

Bunraku is a traditional puppet theater that was once a popular form of entertainment for commoners during the Edo Period in Osaka. It later evolved into an artistic theater in the late 17th century. The puppets are half the size of a human being and are operated by three performers who are the main operator with their two assistants. No strings are used to operate the puppet and the puppeteer is in full view for the audience. The story of the show is narrated by one person who also voices all the puppets. A shamisen (guitar with three strings) accompanies the narrative to help create the tone of the performance. 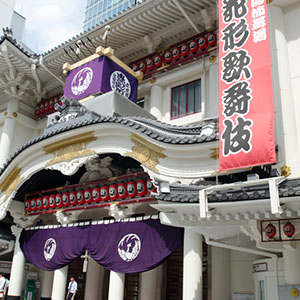 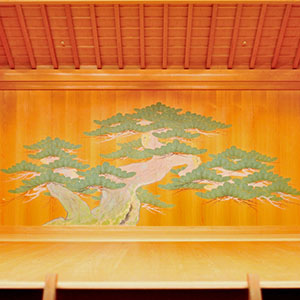 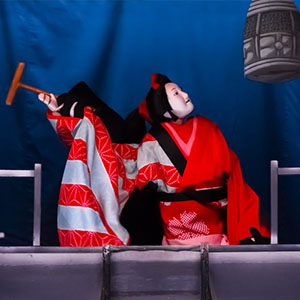 Kabuki is a traditional form of theatre that originated in the Edo Period. In Japan, it is recognized as one of the three major classical forms of theatre including noh and bunraku.

Kabuki has captured the hearts and minds of audiences since the beginning of the 17th century to present day. It is an art form rich in showmanship.

It is renowned for its appearance involving impressive costumes, striking makeup, eccentric wigs, and not to mention, the exaggerated actions performed by the actors.

Music and dance are skillfully applied, bringing life to the characters from Japan’s past, both real and imaginary. Plays can range from realistic tragic dramas to thrilling adventure stories. Plots are usually based on historical events, moral conflicts, love stories, warm hearted dramas, tales of tragedy or conspiracy, and many other well known stories.

The Kabuki is staged is equipped with dynamic gadgets such as revolving platforms and trap doors, used for actors to appear and disappear. Additionally, the Kabuki stage has a footbridge (hanamichi) that leads into the audience allowing dramatic entrances and exits.

Kabuki theatre has important characteristics like its own music, costumes, props and gadgets, and uses specific language and acting styles. All of these elements combined produce an astounding and captivating performance.

Originally, kabuki used to involve both male and female actors and was popular among common people.. However, later during the Edo Period, Tokugawa Shogunate restricted women to participate. Since then, all the actors are played by men, a tradition that has remained till present day. Therefore, there are male actors that specialize in playing female role (onnagata).

All the actors play the roles of warriors, thieves, as well as respectable ladies, and prostitutes. They have always been worshipped by an adoring audience who may shout out the actors’ names while on stage. All kabuki actors have a hereditary stage name (yago). It is an accepted practice for people in the audience to shout their favorite actor’s names during critical and appropriate times to show support.

Stagehands called kurogo will sometimes appear on the stage, usually dressed in all black. Their role has no direct connection to the story, they are there to assist actors with props or other help to make the act appear seamless. They are treated invisible or non existent to the audience.

Mainstream kabuki use to be performed at selected venues in big cities like Edo (present day Tokyo), Osaka, and Kyoto in the olden days.

Today, you can enjoy kabuki plays in selected theaters with Western-style seats. There are even earphones provided to listen to an English translation.

Through all these modern developments in the past century, Japan’s culture from the past has not been lost. Buy tickets to enjoy a rich play with a one of a kind venture to the past. There are well-known venues located in Tokyo, Kyoto, Osaka, Fukuoka, and more.

Kabuki is the most popular traditional style of Japanese drama. It has been named as a UNESCO Intangible Cultural Heritage.

Originating in the 14th century, Noh is a traditional form of theatre involving music, dance, and drama. During the Muromachi Period (1333-1573), a man named Zeami popularized and formalized the Noh we know of today. Four main noh troupes were established during this era, receiving sponsorship from shrines and temples.

It was during the Tokugawa Period (1603-1867) that Noh became even more standardized when the shogunate made it the official ceremonial art and issued regulations for its governance. Furthermore, tradition was emphasized instead of innovation. A fifth troupe was also added during this time. This would make five main noh troupes that are still performed till this day.

All performers in Noh plays are male. There are five essential roles that are involved to create an outstanding performance.

There is a leading character called Shite. The shite may act as a deity, a holy man, a demon, a spirit, or a living man depending on each play. Movements are used to express various moods.

The supporting character, waki, plays roles such as a monk, priest or samurai. The waki always portrays living people in contrast to the shite.

The musicians are known as Hayashi. There are four musicians that provide soundtrack for the performance using a flute (fue), shoulder drum (kotsuzumi), hip drum (otsuzumi) and stick drum (taiko).

The chorus, Jiutai, sits to the left of the stage and collaborates with the shite in the narration of the story. Lastly, there are stage attendants called Koken. They dress in black and assist the performers in various ways, such as handing them props, but are not directly connected to the story.

There are a variety of types of Noh plays. For instance, the kami (god) play involves a sacred story of a Shintō shrine, shura mono (fighting play) centers on warriors, katsura mono (wig play) has a female protagonist, and gendai mono (present day play) is a story considered contemporary and realistic rather than legendary and supernatural.

Masks in which the shite wears are equally important in noh plays. It lets the audience know what kind of character is being portrayed. Masks representing demons, spirits, as well as women and men of various ages are frequently used. They are carved from blocks of Japanese cypress. The three dimensional properties allow skilled actors to create various expressions using changes in head orientation.

Costumes are composed of multiple layers, textures, and details to create a majestic grace, yet an effect of a bulky, massive figure as well. Notably, expressiveness is achieved through props, such as a folding fan. The fan may represent any prop suggested by its shape and handling.

You can watch noh today in modern indoor theaters with an in-built noh stage. Well known venues are located in Tokyo, Osaka, and Nagoya. The program usually lasts for a couple of hours, which consists of a few Noh acts, along with short kyogen pieces in between. 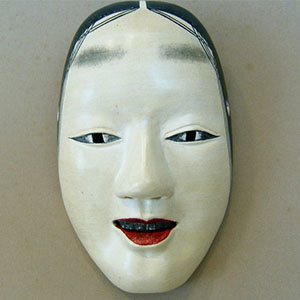 During the Edo Period in Osaka, Bunraku started as popular entertainment for the commoners. It is the traditional puppet theater of Japan. It is also recognized as a UNESCO Intangible Cultural Heritage, along with noh and kabuki.

In the past, the performance was called ningyo joruri - ningyo meaning puppet and joruri being a kind of chanted narration. Now, it is officially called bunraku because the name was derived from a troupe organized by Uemura Bunrakuken in the early 19th century.

Each operated by three performers (a principal operator and two assistants), bunraku puppets are approximately one-half or two-third life size. Instead of using strings, the puppeteers collaborate to maneuver the limbs, eyelids, eyeballs, eyebrows, and mouths of the puppets to produce life-like actions and facial expressions. The puppeteers can be seen by the audience, but are dressed in black to express that they are "invisible".

The three puppeteers work together on stage in perfect harmony to make the puppet doll seem truly alive. Its movements are surprisingly delicate and beautiful when controlled by its master puppeteers. The puppets can be lovely, mysterious, and comical as they can make the audience laugh. They seem to win more empathy from the audience being dolls.

The story is narrated by one person (the tayu), who also voices all the puppet characters. Therefore, the tayu must have a diverse range of vocal expressions to represent all ages and genders.

Shamisen players are musicians that determine the pace of the narration with their accompanying music. Synchronized with the narration and the music from the shamisen, it’s enjoyable to watch the sophisticated puppets come to life.

Similar to kabuki, bunraku is often based on adaptations of tragic love stories, heroic legends, and historical events. The most distinguished compositions by Japan's famous playwright Chikamatsu Monzaemon (1653 - 1724) are bunraku plays. Many of which are portrayed around this kind of conflict.

Bunraku is performed in mostly modern theaters including Western-style seats. It can be watched in venues such as the National Theatre in Tokyo and the National Bunraku Theatre in Osaka. English headsets are usually available for most performances. 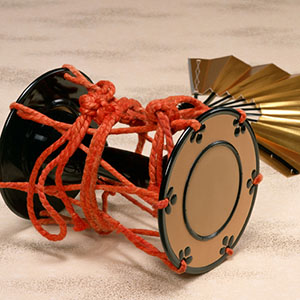