Kendo
Descended from swordsmanship, Kendo is a modern Japanese martial art that uses bamboo swords (shinai) and protective armour (bōgu). It is popular in Japan today is extensively practiced in many other countries as well. Kendo is a sport that combines martial arts practices and principles with demanding physical activity.

Judo
Established in Japan by Jigoro Kano in 1882, Judo is a modern martial art, combat, and olympic sport. It is well known for its competitive aspects The objective is to either throw or takedown an opponent to the ground, restrain an opponent with a pin, or force an opponent to submit with a joint lock or a choke. Strikes and thrusts by hands and feet as well as weapon defenses are a part of judo, but only in pre-arranged forms (kata). They are not allowed in judo competition or free practice (randori).

A judo practitioner is called a judoka. The principles developed for judo became the model for other modern Japanese martial arts that developed from koryū (traditional schools). Due to the worldwide spread of judo, a number of related branches have been established.

Aikido
The Japanese martial art, aikido, was developed by Morihei Ueshiba unifying his martial studies, religious beliefs, and philosophy. Ueshiba's objective was to create skills practitioners could use to protect themselves while also sheltering their attacker from affliction.

Turning movements that redirect the force of an opponent's attack is a component of aikido strategy as well.

Kyudo
The modern Japanese martial art (gendai budō) of archery is called kyudo. Experts in Kyudo are referred as kyūdōka and practitioners may be known as kyudojin. Originated in the samurai class of feudal Japan, there are thousands of people worldwide who practice kyudo. 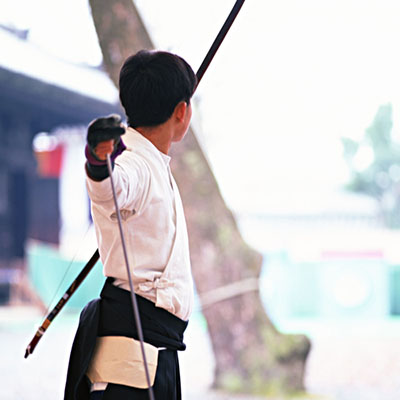 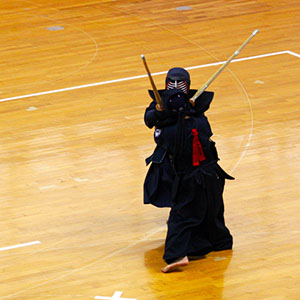