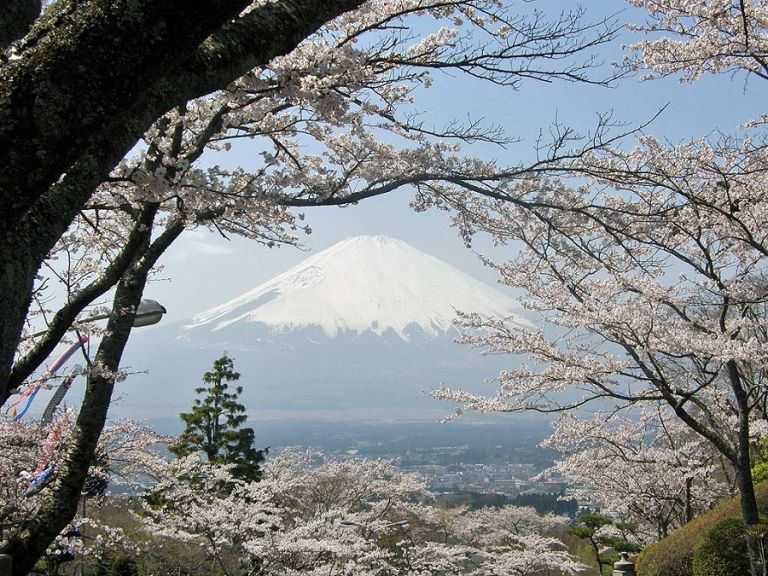 To help prepare for your trip, check out these cool facts about Japan!

10 IMPORTANT FACTS AND PIECES OF INFORMATION ABOUT JAPAN 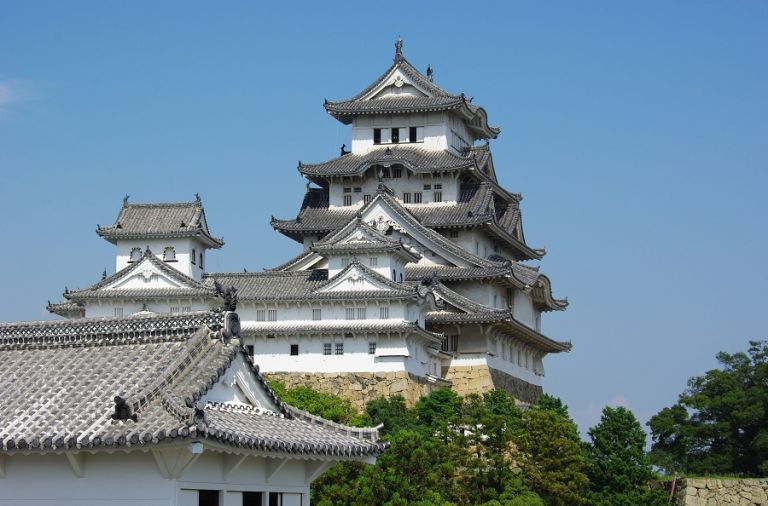 1. Japan is the largest island nation in East Asia!

2. The Yamato Dynasty is the oldest hereditary monarchy in the world!

Emperor Jimmu became Japan’s first ruler over 2,600 years ago, and the current emperor is his direct descendent. You can only enter Tokyo Imperial Palace’s inner grounds on January 2nd and the emperor’s birthday.

It’s estimated that at one point in time, there were 5,000 castles across the country! Today, there are only about one hundred, and most of them are reconstructions, but twelve of them are original structures.

4. Noh is one of the longest-running theatrical traditions in the world!

Noh is a type of dance-drama from the 14th century. Traditionally, performances took place at temples and shrines. These days, you can go to indoor theaters in cities like Tokyo, Osaka, and Nagoya.

5. Bowing is so important in Japan, even the deer do it!

Every morning, about 1200 wild deer gather in front of Todaiji Temple. You can buy special biscuits outside of the temple to feed them. Before you hand over the treat, give a little bow. The deer will bow back at you! 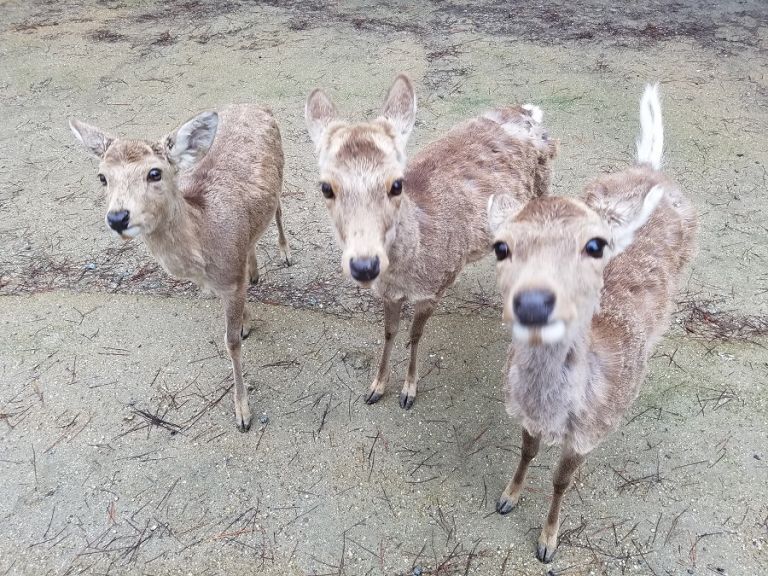 6. There’s a slipper for every occasion!

One Japanese cultural fact you might already know is Japanese people don’t wear shoes inside. But did you know they use special slippers for going to the toilet? You might see these in homes, businesses, restaurants, and hotels!

7. Everyone cleans up after themselves!

A seemingly weird thing in Japan is the lack of public trash cans. After a terrorist attack in 1995, the government outlawed bins on the street, but the Japanese always clean up after themselves. Even if that means carrying garbage home!

8. The crime rate is so low that there are more police than petty criminals!

Most Japanese people follow very strict morals. If they find a wallet in the street, they're more likely to leave it alone or turn it in than steal the cash!

There are slightly over 5 million vending machines in Japan. Most sell hot and cold non-alcoholic drinks, teas, and juices, but it’s possible to find some that sell snacks, souvenirs, beer, and fortunes.

One interesting fact about Japan is how much thought goes into preparing meals. Partly because of this, most Japanese people don’t eat while they walk. That is unless they attend a festival.

10 JAPANESE FOOD FACTS AND SOME WEIRD LAWS IN JAPAN 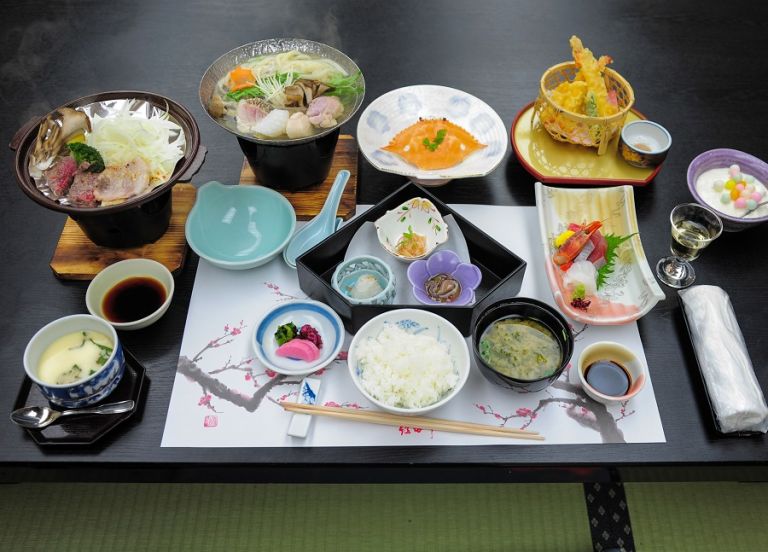 1. Sticking chopsticks in rice is a big no-no!

During a Japanese funeral, the attendees offer food to the deceased by sticking chopsticks vertically into a bowl of rice. If you do this to your dinner, not only is it a bad omen, but you'll get a few glares!

2. Japanese people don’t use a lot of soy sauce with sushi!

Soaking your sushi in soy sauce not only throws off the flavor balance but can offend the chef! In Japan, you should only add a touch of soy sauce to the raw fish and never the rice.

Washoku (authentic Japanese cuisine) is considered an intangible cultural heritage. Since the times of ancient Japan, the fact is cooking is more than just creating a nutritionally balanced meal. It’s a way to express your appreciation for nature.

4. Most restaurants use seasonal ingredients and make simple dishes!

Using locally-sourced ingredients, sparing on spice, and choosing tableware that complements the food’s colors are some of the central points of Japanese cooking.

5. Your meal might look small, but it’s actually a lot of food!

Restaurants and homes don’t serve food on family-sized platters. The separate miso soup, rice, and three dishes might look like tiny portions, but don’t let your eyes fool you into accidentally ordering too much! 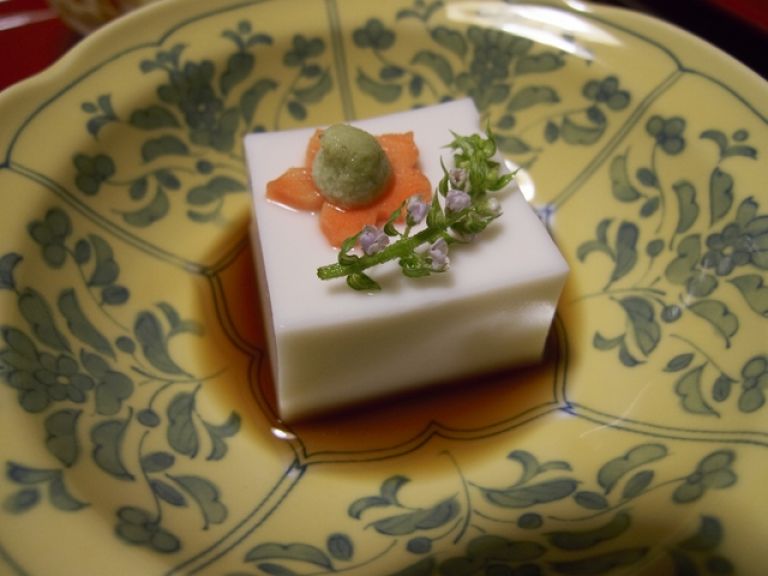 Shojin Ryori Side of Tofu

6. There is a law concerning weight!

When the National Diet introduced the Metabo Law, many misinterpreted it to mean being overweight in Japan is illegal. Actually, it says people aged 45-70 must have their waists measured as part of their annual check-ups.

7. You won’t want for vegetables, but vegetarian food can be hard to find!

There aren’t a lot of vegetarians in Japan, and some restaurants don’t have non-meat options. Vegetarians and vegans should try shojin ryori, which doesn’t have any animal products, but plenty of umami flavor!

8. Japan has some of the strictest food safety standards in the world!

Most of the food in Japan is imported, so the government developed restrictions that are so strict, Japan has some of the most uncontaminated food in the world. It’s so safe, you can eat eggs and chicken raw!

9. Only certified chefs can prepare blowfish!

Food safety regulations cover Japan’s infamous delicacy, fugu. If you cut or cook a blowfish incorrectly, it releases a dangerous toxin. Chefs must pass years of training, written, and practical exams before they even think about serving it!

Although tipping isn’t commonplace in restaurants, there is a tipping culture in Japan. If you stay in a traditional Japanese inn or hire a Geisha for entertainment, it’s customary to pay gratuity.

1. A lot of medications are illegal in Japan!

If you need to bring medicine on your trip, check it’s legality in Japan first. Some prescription and over-the-counter medications include prohibited stimulants. Customs can deny your entry and send you straight back home!

2. The largest city in the world by population is Tokyo, Japan!

With around 37 million inhabitants, the Greater Tokyo Area has the highest urban population in the world. It’s estimated that 11% of Japan’s residents live in this city alone!

Tokyo is internationally famous for its cuisine. The 2019 Michelin Guide gives Tokyo 230 stars. In total, Japan has as many stars as the next nine ranking countries combined!

4. The world’s largest fish market is in Tsukiji!

The Tsukiji Fish Market is nearly 100-years-old and sells some of the most sought after ingredients. In particular, travelers love to watch the tuna auctions in the morning, but that activity is now in the nearby Toyosu Market.

More than 3.5 million passengers go through Shinjuku Station every day. One fun fact about Tokyo’s culture is that despite the crowds, everyone strives to walk and board trains in an orderly fashion.

6. Up to one million people pass through Shibuya Crossing every day!

Shibuya, Tokyo’s center for fashion and youth culture, is best known for its intersection near the Hachiko statue. As many as 2,500 people cross every time the lights change!

7. Japan has the promptest trains in the world!

Except in the event of maintenance or inclement weather, the trains are always on time. They’re so precise that one railway had to make a public apology when a train left 25 seconds early!

Mount Fuji is Japan’s highest peak and the world’s most climbed mountain. The summit to the top is easier than it seems. The oldest person to make the hike was 93-years-old, and children regularly join their families on the trails.

9. Every prefecture has a distinct culture!

People in Tokyo have a reputation for being formal and businesslike, but that’s not the case in the rest of the country! Osakans are known for their humor, Kyotoites are sophisticated, Okinawans are warm-hearted, and people from Hokkaido are hardy but friendly. Everywhere you go, you’ll see a different face of Japanese society!

10. Japan might be the most tourist-friendly country in the world!

Even if you don’t speak Japanese, the locals are happy to help travelers. If you ask for directions, don’t be surprised if someone escorts you all the way to your destination!