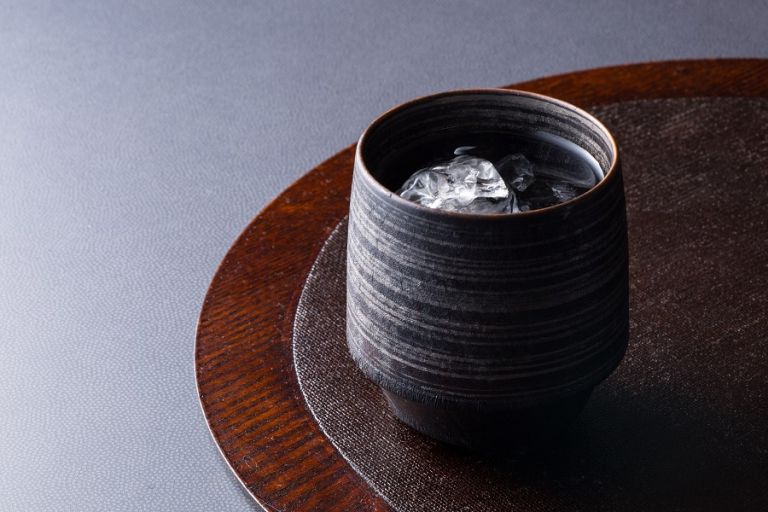 MUST-TRY JAPANESE SHOCHU! TRY SOME OF THESE TASTY JAPANESE ALCOHOL AND SPIRITS!

After a long day of sightseeing, many travelers love winding down with a nightcap. Visitors to Japan might get into the “spirit” by choosing an alcoholic beverage like a domestic beer, sake, or local whiskey. Most young Japanese people, though, are sipping on some shochu. No, not the Korean alcohol soju—shochu!

Shochu is a distilled liquor primarily made in southern Japan. It’s theorized that Thai traders introduced shochu’s recipe to the Okinawan people. The earliest verifiable written record of it dates back to 1559. However, the word didn’t first appear in a literary text or a historical tome.

By the 16th-century, Kyushu Island likely already had a long love affair with the libation. Disgruntled carpenters of the Kōriyama Hachiman Shrine graffitied the roof lamenting their grievances against their boss. According to the carpenters, “The high priest was so stingy, he never once gave us shochu to drink. What a nuisance!”

In the early 21st century, it surpassed sake as the most widely drunk liquor in Japan, especially among trendy young women. The boom was partly due to publicized claims of its health benefits and versatile flavor profile. It just might be the best Japanese liquor that you don't know! 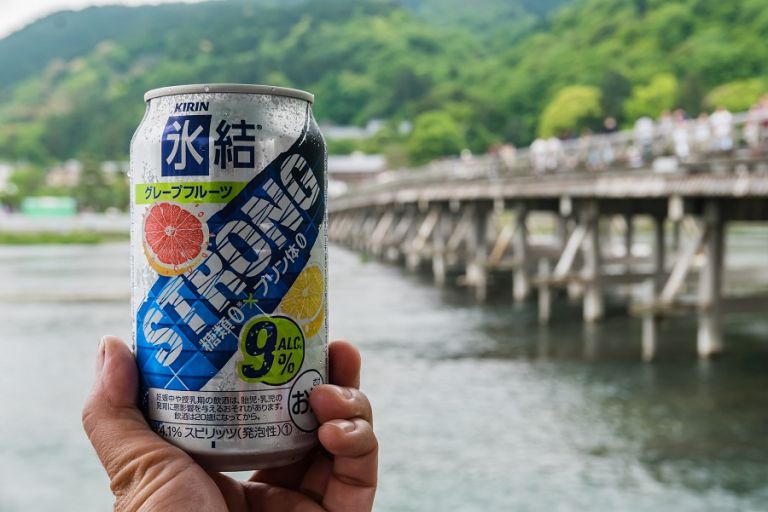 Although sake and shochu liquor have similar names and origins, they are very different spirits. Sake is a fermented drink made from rice and a mold called koji. Its brewing process is part of why it gets the nickname “rice wine.” Shochu and the Korean liquor soju, on the other hand, are distilled.

Traditionally, soju brewers used rice as a base ingredient, but distilling rice became banned during the Korean War. The soju you can buy now might use wheat, sweet potatoes, or tapioca. Similarly, the Japanese often make shochu from sweet potatoes, as well as barley, rice, buckwheat, and more.

HOW TO MAKE SHOCHU 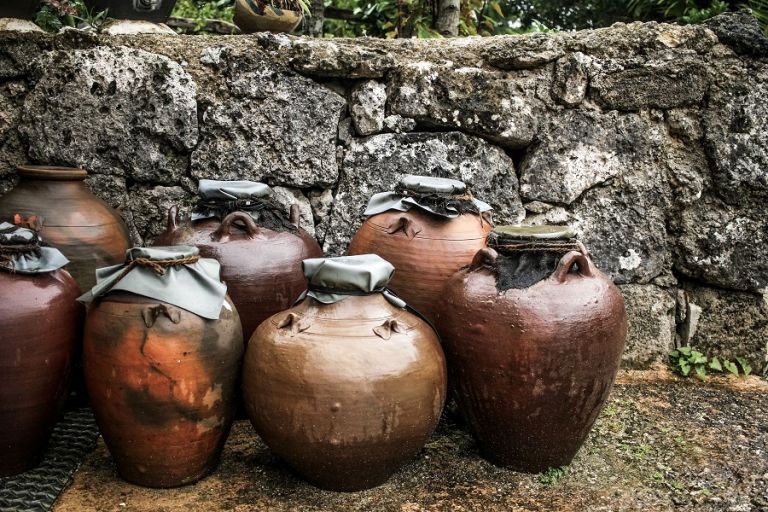 Shochu manufacturers use centuries-old skills to bring out the characters of the raw ingredients. Depending on the base and intended product, there are variations to the process. Typical shochu making begins with several experts working together to pick out premium rice.

They add a microbe called kojikin to the selected rice, allowing it to grow and convert the starch into sugar. The koji gets left to ferment in a water and yeast mixture. Almost all shochu types start out this way, but the next step determines the flavor.

Breweries might add sweet potatoes, buckwheat, barley, brown sugar, or even rice to the mash. The brewers rigorously control the temperature and painstakingly stir the fermenting mixture for ten days. The constant stirring ensures an even fermentation and a full-bodied flavor. Finally, it’s ready for distillation.

While the mash boils, the resulting vapor gets collected and cooled. The vapor condenses into a liquid called unrefined or honkaku shochu—the alcohol content is close to 40%. The honkaku gets casked and aged for one to three months to stabilize the quality and round out the flavor. Before bottling and shipping, the brewers add water to reduce the alcohol level to between 20 and 30%. 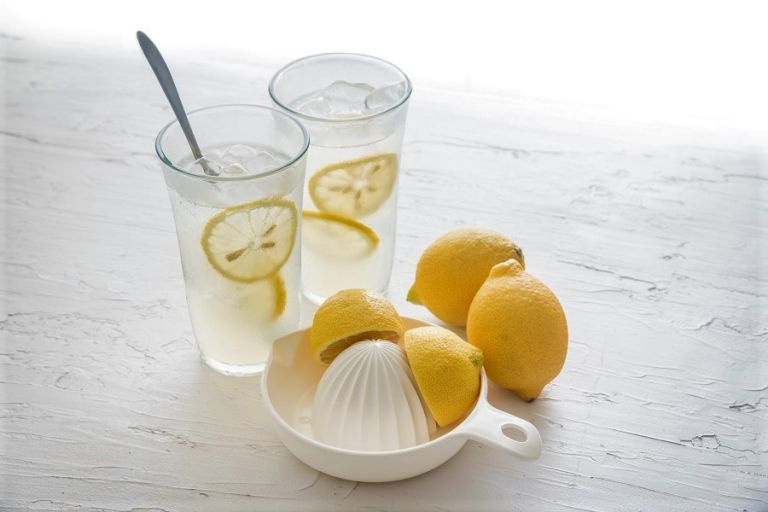 Because of the distillation method, people often refer to shochu as “Japanese vodka.” This isn’t an entirely accurate description, but like vodka, it can mix it into almost any beverage. Trendy bars use it to make inventive drinks, but if you want to try it Japanese-style, check out this list.

Straight
If you have a bottle of honkaku, try drinking it straight either at room temperature or on the rocks. This distilled spirit isn’t as sweet as most types of sake and has quite a kick. Not to mention, sake’s alcohol percentage is only around 15%. If you can’t quite get used to the taste, you can mix it into one of these shochu highballs.

With Water or Soda
You can weaken the bite with either hot water (oyu-wari) or cold water (mizu-wari). Just mix two parts shochu with one part water to preserve the original taste. Japanese people especially love drinking oyu-wari in the winter. For a sparkly and sweeter experience, add soda water instead.

With Tea
If you’re planning on a big night on the town, try drinking shochu cocktails with tea. You can find green tea (ryoku-cha-hai) or oolong tea (oolong hai) mixed drinks in most Japanese bars. The caffeine helps keep you awake while you party, which makes it a favorite bar order for Japanese people.

With Juice
Perhaps the best thing about shochu is its versatility. You can have a high-quality glass with dinner, or mix a shot with fruit juice to create a delightful chuhai. Generally speaking, the best shochu for chuhais aren’t honkakus. A double distilled brew is cheaper and has a weaker taste.

WHERE TO BUY SHOCHU

As you travel around Japan, you can easily find shochu bars in just about every city. If you go further south, however, make sure you try the specialties of these prefectures. 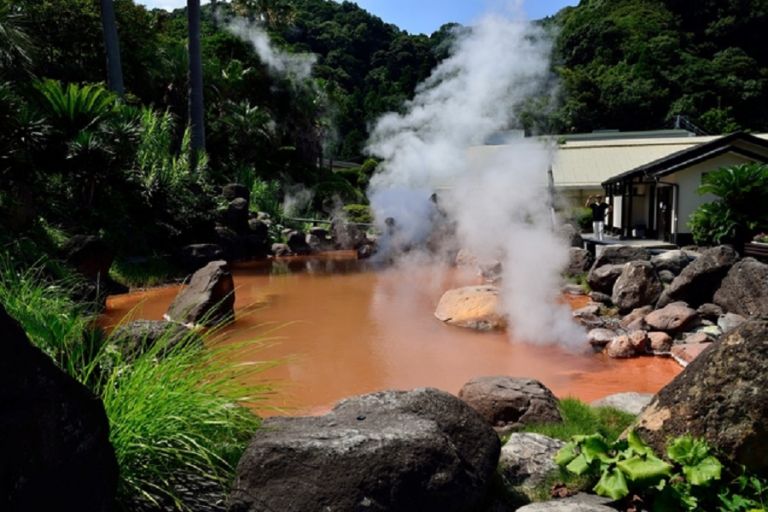 Oita Prefecture: Barley Shochu
Oita Prefecture is best-known for the “Hells of Beppu” hot springs. One of the most famous landmarks is the Bloody Hell Spring, which glows an eerie, but natural, crimson red. Visitors can take a dip in Japanese onsens or try other types of baths, including mud and sand, in Yufuin City. You can also see preserved samurai districts and Buddhist treasures in Usuki. 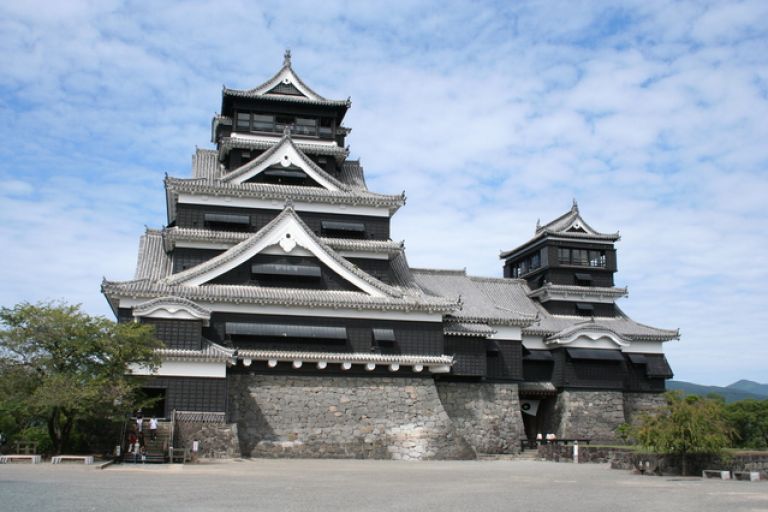 Kumamoto Prefecture: Rice Shochu
This prefecture is best known for its scenic views and deep cultural history. Kumamoto Castle in the capital city welcomes visitors to explore its garden and ancient artifacts. During the Sengoku Period, it was an impenetrable center of power. In the countryside, there are plenty of hot spring resorts to choose from, and nature-lovers can explore the national parks. 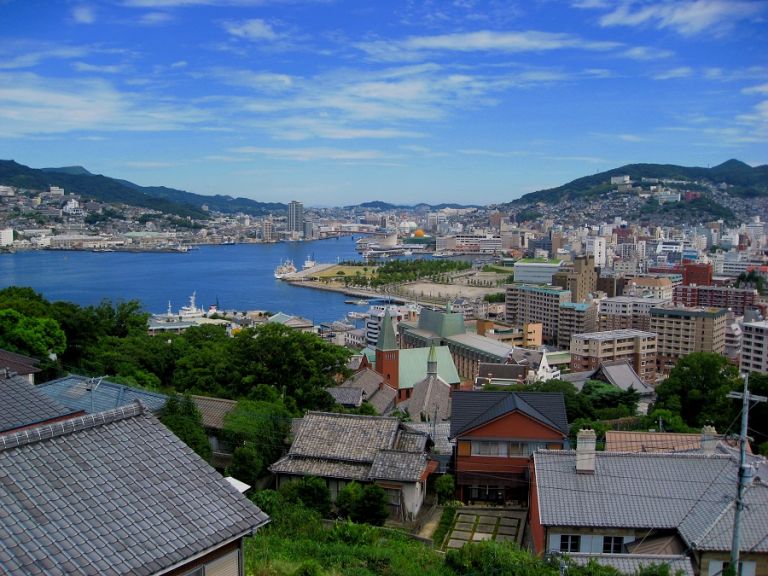 Nagasaki Prefecture: Barley Shochu
For centuries, Nagasaki has played a pivotal role in trade relations. Even during periods of isolationism, Nagasaki port remained open for international merchants. Its active military base, unfortunately, made it a target for the atomic bomb during World War II. Visitors often go here to see the Nagasaki Peace Park, as well as the gorgeous beaches, gardens, and lively Chinatown. 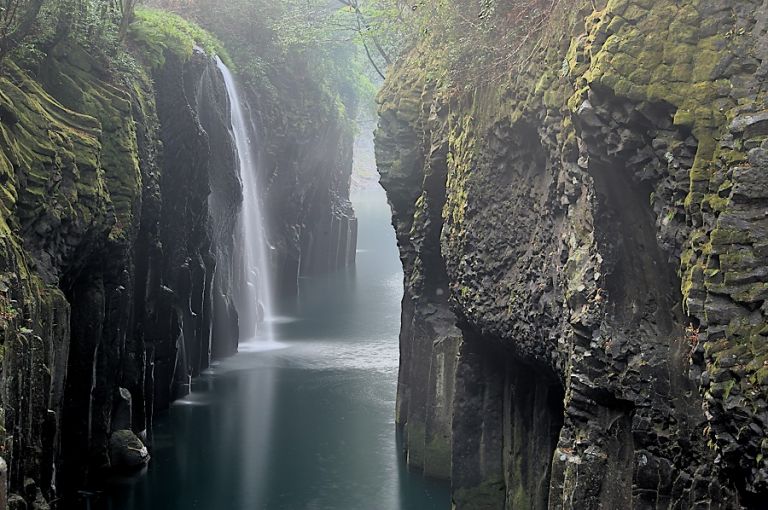 Miyazaki Prefecture: Buckwheat Shochu
The warm climate, beaches, and sports facilities attract visitors from all over the world. Several historical records, legends, and folk tales mention locations around Miyazaki Prefecture. Takachiho is one of the towns deeply connected to Japanese mythology. The Amano-iwato Shrine is one of the most religiously significant places for Shintoists. 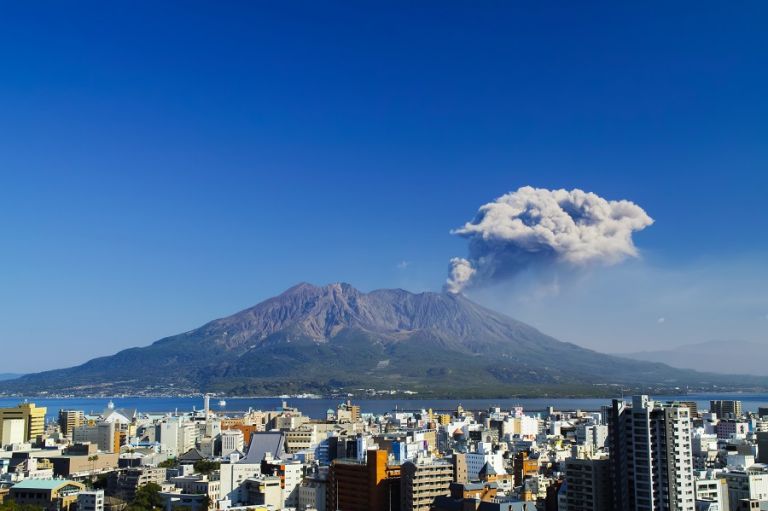 Kagoshima Prefecture: Sweet Potato Shochu
On the southernmost tip of Kyushu, Kagoshima Prefecture attracts visitors with its thousand-year-old cedars, volcanic activity, and island getaways. The largest island, Amami Oshima, has many resort hotels and idyllic beaches. At the same time, the ancient forests of Yakushima are home to several unique species of plants and animals. Other attractions include traditional gardens, samurai districts, and Japan’s most active volcano. 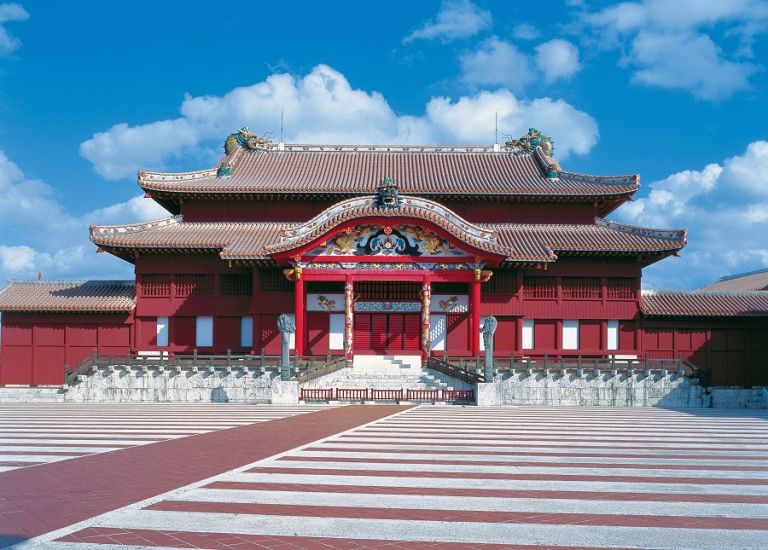 Okinawa: Awamori (Shochu) or Habushu (Snake Wine)
The former Ryūkyū Kingdom became Okinawa Prefecture in 1879, but it still retains much of its indigenous heritage. The most visited location is Shuri Castle. The lavish decor and vibrant colors markedly contrast to the castles on mainland Japan. Families and couples love the record-breaking Churaumi Aquarium and whimsical Pineapple Park.

THE 5 BEST ART FESTIVALS AND TRIENNALE IN JAPAN

Art festivals in Japan captivate the imagination of locals and tourists alike, with sophisticated ga......

20 THINGS TO DO IN JAPAN FOR COUPLES

When it comes to things to do in Japan for couples, there are numerous activities and tourists spots......

When you visit Japan for the first time, you might be overwhelmed with the countless sights to see a......