Japan holds distinct regions and numerous prefectures, each home to a food specialty tied in with its traditions and agriculture. Below we will talk about famous regional cuisine found across Japan in the country’s most well- known areas.
<…… more

Japan holds distinct regions and numerous prefectures, each home to a food specialty tied in with its traditions and agriculture. Below we will talk about famous regional cuisine found across Japan in the country’s most well- known areas.

Starting from the northernmost island of Hokkaido, its capital Sapporo is famous for a soup noodle dish known as ramen. Ramen restaurants are found in every part of Japan, but it is a renowned specialty in Sapporo and all over Hokkaido. Miso ramen, which consists of miso, garlic, noodles, and slices of barbeque pork is a type of ramen that originated in Sapporo. There is even a dedicated “Ramen Alley” in Sapporo, a small street saturated with traditional ramen restaurants.

Moving to the metropolis city of Tokyo, one of its local specialties is a pan-fried batter dish known as monja- yaki. Its ingredients include dried squid, sweet corn, and cabbage, which was originally made as a children’s treat. The ingredients are first cooked on a hot plate, creating a circular wall before pouring batter into the hollow middle. Using a small spatula, you scrape the dish around and eat it off the spatula as it cooks. Restaurants that serve monja-yaki are easily found in downtown Tokyo.

In the historic city of Kyoto, a traditional food called yudofu is a warm hotpot dish that was often served during the city’s cold winters. It is a kelp-based soup with tofu that is softened before dipping it into a sauce. This was a valuable source of protein for Buddhist priests who could not eat meat or fish. Today, you can enjoy this long- established dish in Kyoto’s yudofu restaurants.

One of Osaka’s delicious food specialties includes takoyaki, which are octopus dumplings. These baked batter balls combine chunks of octopus with chopped onions, cabbage, pickled ginger and are cooked in a special molded pan. Crispy with a hint of spicy, this savory dish is topped with takoyaki sauce, green seaweed, and dried bonito shavings. They are often enjoyed at street vendor stalls and takoyaki-specialty restaurants with many variations.

While visiting Hiroshima, be sure to try out a savory, pancake-like dish called okonomiyaki. It is similar to the monja-yaki dish in Tokyo, except the batter is thicker with different ingredients and they are layered instead of mixed. The name okonomi translates to “how you like”, and yaki means “to grill”. An example of typical ingredients includes batter, cabbage, pork, squid or octopus, with toppings of noodles, a fried egg, and an ample amount of okonomiyaki sauce. Although okonomiyaki is usually associated with Hiroshima, it can be enjoyed all over Japan.

A small prefecture on Shikoku Island, Kagawa, is home to the famous sanuki-udon noodles. These thick, wheat- flour noodles can be enjoyed in a variety of ways with different toppings. In fact, sanuki-udon is the most famous variety of udon in Japan and is a delicious, cheap meal. Sanuki-udon can be enjoyed hot or cold, and are normally dipped in a light sauce accompanied with an egg, sesame seeds, leek, and tempura pieces.

One of the Kyushu region’s local specialties is mizutaki, which is chicken boiled in a chicken stock soup before dipped into a ponzu sauce and eaten. Its origination is in the Fukuoka prefecture, inspired by Western soup dishes and Chinese chicken dishes. After eating the chicken and vegetables cooked in a hotpot style, the remaining soup is usually enjoyed with rice as a porridge because of its delicious flavor from the ingredients.

Finally reaching the southernmost part of Japan, Okinawa specifically, be sure to try out the local chanpurū. Chanpurū is distinctly Okinawan and is said to the be the food representative of Okinawan cuisine. This stir-fry dish translates to “mix”, which is true to its name because of its various ingredients mixed together. The most popular type of chanpurū is called goya chanpurū, which is made with bittermelon, tofu, egg, and sliced pork or spam. 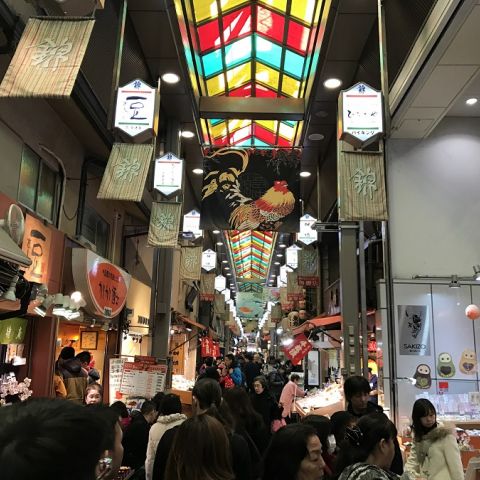 Kyoto food holds a special place in our hearts—and stomachs. If you take a Kyoto food tour, don’ ...... 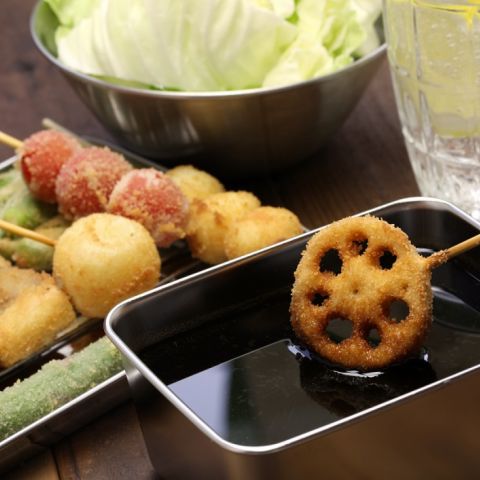 Osaka is the cuisine capital of Japan! Here are the premier places to go to and the best food to eat ......