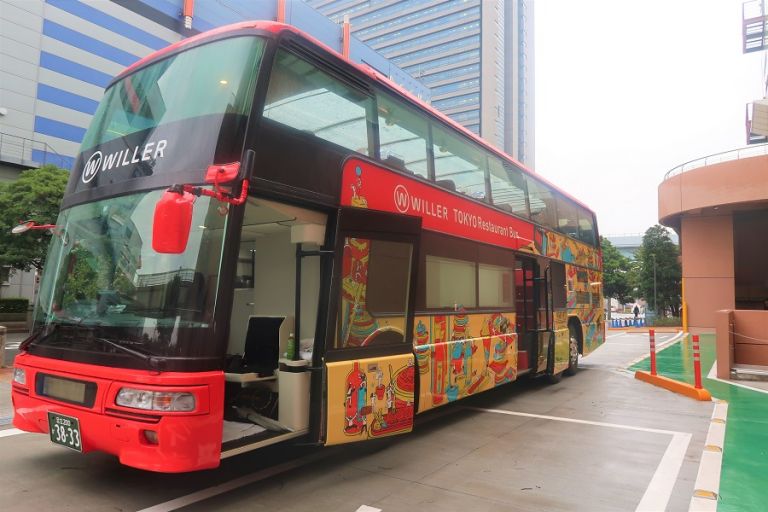 The thousands of wacky and unique attractions in Tokyo draw millions of visitors each year—for better or worse. Even during slow travel seasons or early in the morning, you might find yourself wading through the crowds at some of the most popular sightseeing spots. Thankfully, there’s a new way to explore the city. The Tokyo Restaurant Bus provides a chance to avoid the crowds and enjoy an exquisite meal.

WHAT TO EXPECT ON THE ROUTE AND FROM THE RESTAURANT 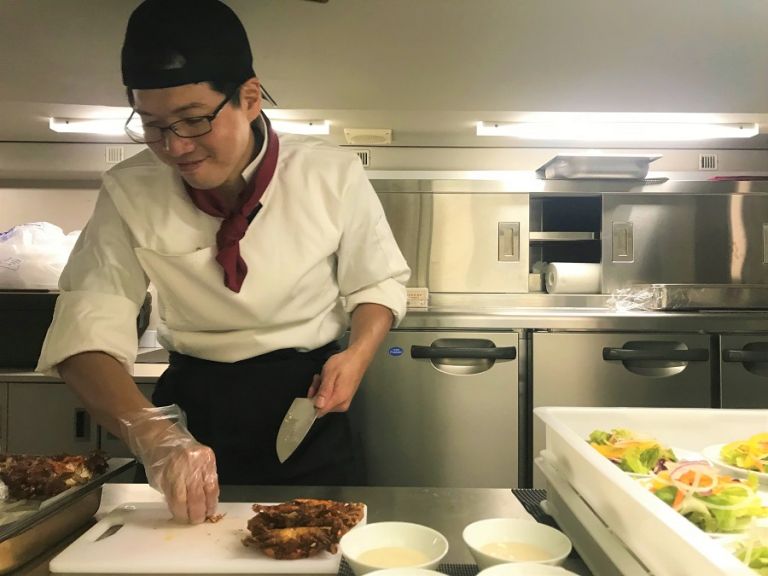 Boarding the double-decker bus from Tokyo Midtown in Hibiya, you’llnotice something unusual: a chef cooking in a fully functional, mobile kitchen. 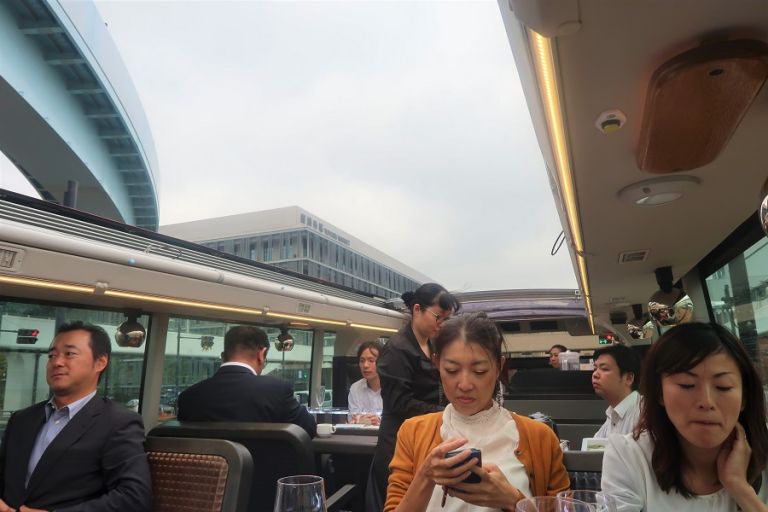 On the upper story, the tall windows and sunroof give unobstructed views any which way you turn. The servers offer a wide variety of soft and alcoholic beverages to choose from, and the bus sets off for the two-and-a-half-hour ride. 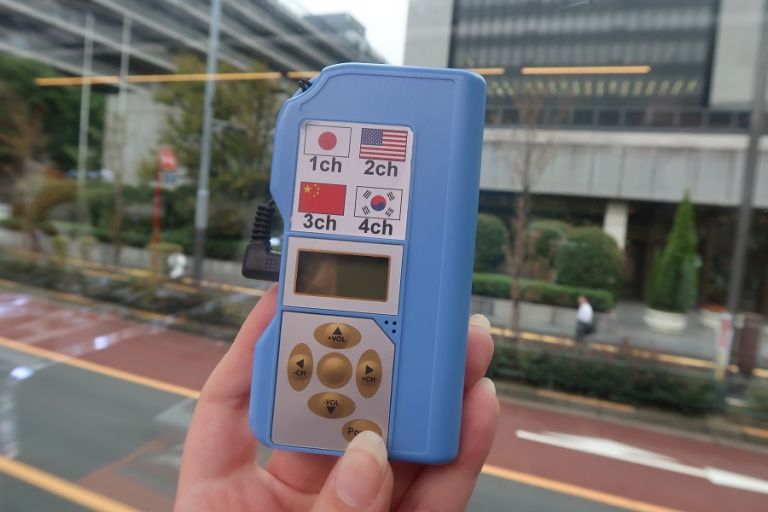 As the automated guide leads you through Tokyo’s distinguished locales, an array of delectable French-inspired Japanese dishes is brought out before you. 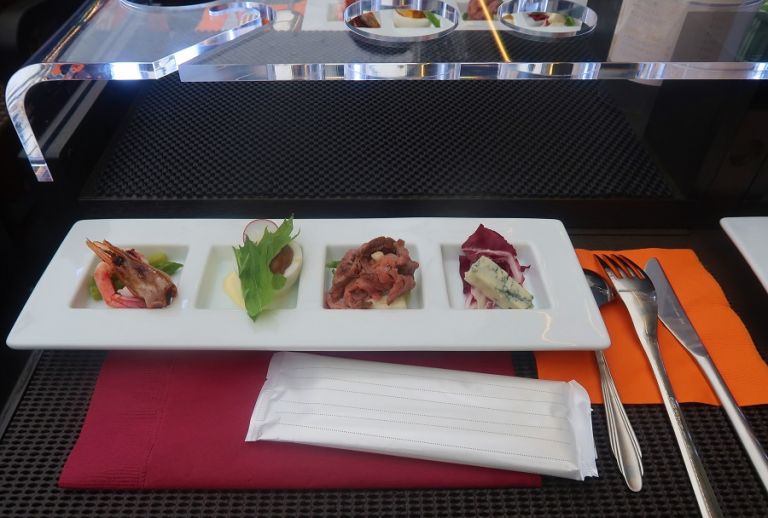 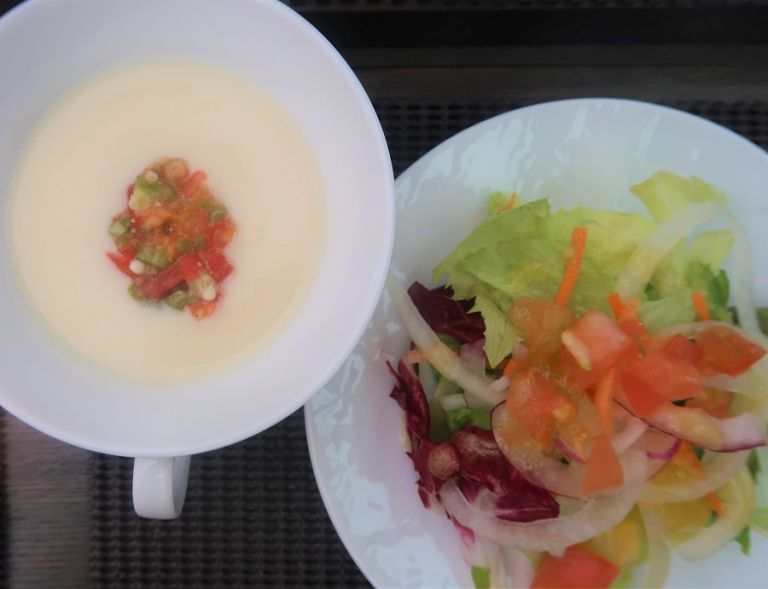 The Tokyo Tower floats by while you nip at your fresh-cut salad and sip a bit of soup. 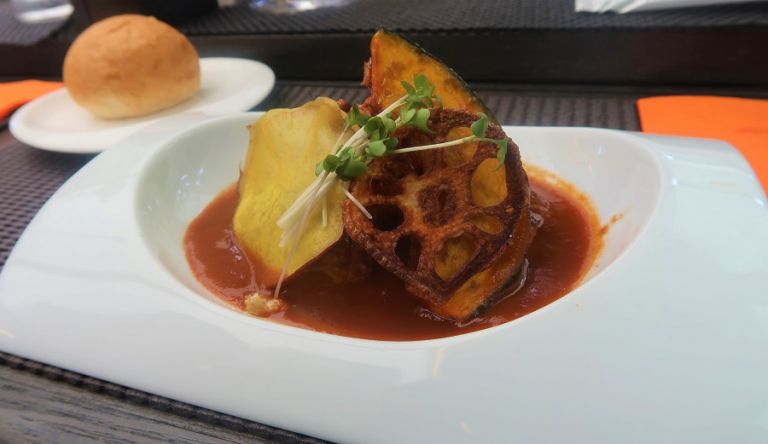 When you cross over Tokyo Bay into Odaiba, your sizzling entrees accompany the twinkling, neon lights of the rainbow bridge. 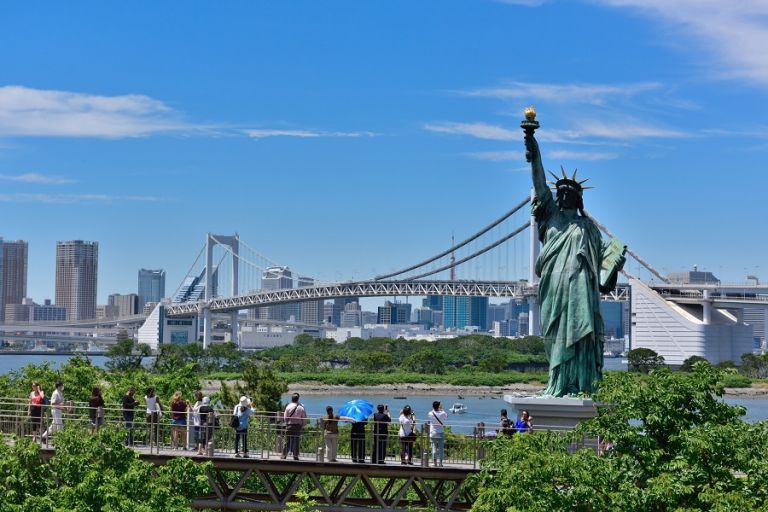 In Odaiba, you’ll enjoy a short break in the Aquacity shopping center where you can indulge in a cocktail by the river or shop for souvenirs. From here, the tour and meal begin to wrap up. 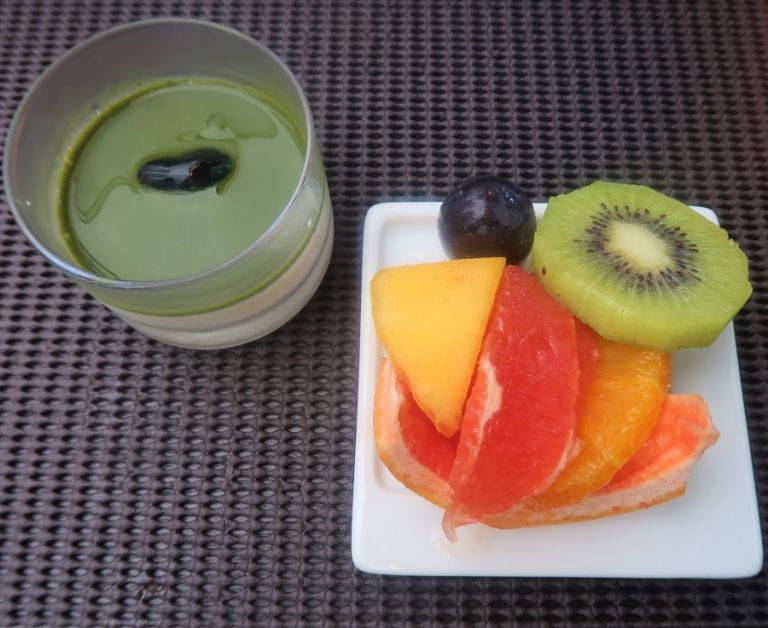 Dessert and coffee come out as you pass the ever-bustling Tsukiji Fish Market (including the new Toyosu Fish Market), glitzy Ginza, and the turn-of-the-century architecture of Tokyo Station. 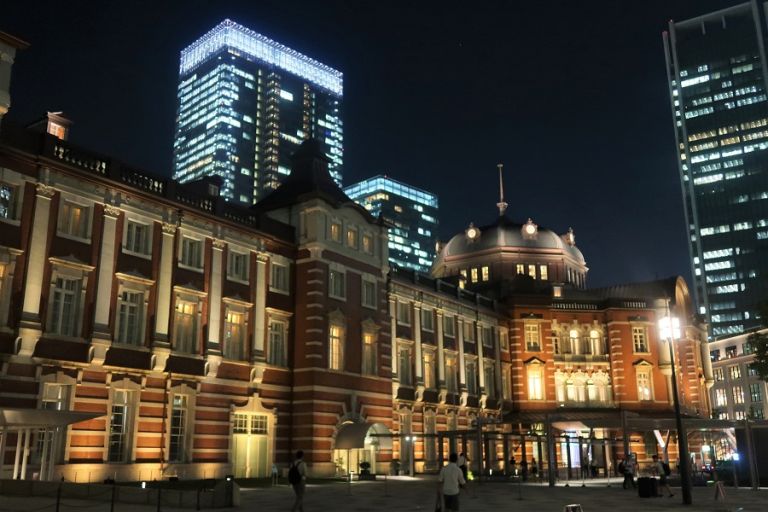 Finally, you return to Tokyo Midtown feeling satisfied for two reasons: you’re well-fed with food and the experience of Tokyo.

WHY TAKE THE TOKYO RESTAURANT BUS?


The most alluring times to visit Japan are during the cherry blossoms season in April and May, and from late September through November when the maples in rural parts of Japan explode in autumn colors.

Unfortunately, these periods are also the high seasons for travel, and from June to August, the hot and humid rainy season in Japan doesn’t have the most optimal weather conditions. This adventure is not only fantastic for dodging the mobs of tourists and drizzly days but especially perfect for travelers in particular circumstances.

If you don’t have a lot of time in Tokyo, the centrally located departure/arrival point makes this one of the quickest and most convenient ways to see the city. If you’ve been to Tokyo before and don’t need to go to the “must see” destinations (or even if it’s your first time and you just aren’t interested in them) but feel as though you should, you won’t have to deboard to get a marvelous view or picture.

Personally, as an American, I would also highly recommend this to any sojourner coming from a great distance to help get over the jet lag blues. You won’t waste your first day recovering in your hotel room, and you won’t exhaust yourself racing around the world’s largest metropolis on fumes.

If you’re sticking to the southern parts of Japan, you still have a chance to try this luxurious experience. The Kyoto Restaurant Bus also runs tours through the ancient capital.

Kyoto tours feature views of places like Kyoto Tower and jaunts down the old streets like Shijo-Dori. You’ll have a 30-minute break in the gorgeous Arashiyama district where you can find historic locations like Togetsukyo Bridge, Tenryuji Temple, and the Arashiyama Sagano Bamboo Forest. The elegant meals highlight traditional Kansai cuisines.

Although this particular tour is rather new, the company that runs it isn’t. The Willer Express company is well-known for providing public transportation across Japan. You can put your faith into their safe driving, reliable service, and helpful staff.

The Tokyo Restaurant Bus offers both dinner and lunch courses for your convenience. Lunch tours depart at 12:00 and arrive at 14:30, and dinner takes place from 18:00 to 21:00. To book, you may reserve by phone within Japan from 10:00-19:00, or from overseas you can go through third parties like us to arrange your journey.