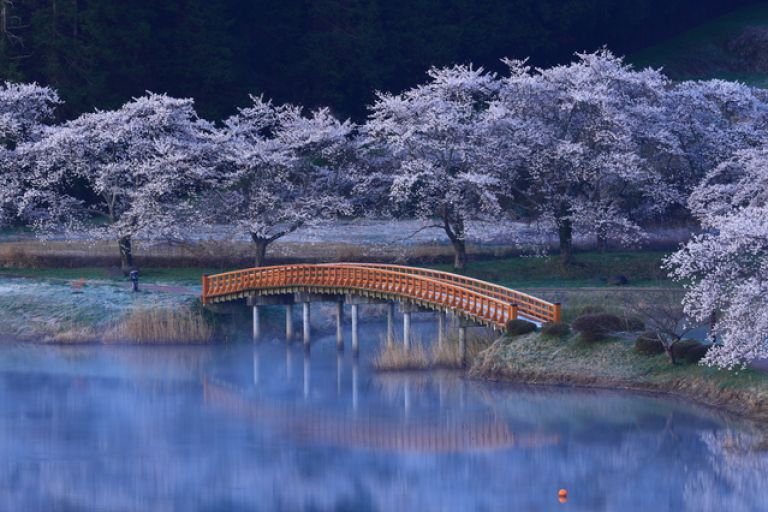 CHERRY BLOSSOMS OR AUTUMN LEAVES? WE CAN HELP YOU FIGURE OUT YOUR BEST TIME TO VISIT JAPAN!

The uplifting news for travel enthusiasts is that there is no single best season to go to Japan. Yet, this makes it hard to choose when to visit the magnificent country as every one of Japan's seasons has its own extraordinary features.

While Japan is an all-year destination, each season is known for its speciality, food varieties, and Matsuri (celebrations). Along with these factors, Cherry Blossoms and Autumn Foliage are two of Japan's most coveted features, which you would not want to miss out on. In this blog, we will help you decide when to visit the Land of the Rising Sun for its Cherry Blossoms and Autumn Foliage.

Japan is acclaimed for its four distinct and stunning seasons, and numerous guests to the nation regularly believe the Japanese fall to be the most wonderful. As temperatures plunge after the singing summer, the shades of the leaves change into dynamic shades of orange, red, yellow, and earthy brown. This fall foliage is a wonderful sight that has inspired craftsmen and writers to create amazing pieces of art for quite sometime.

In Japan, the seasonal wonder is called Koyo or Momiji (which means red leaves). The movement of looking for the most striking shades of the leaf is called Momijigari (red leaf viewing). It has been famous in Japan for quite a long time and is currently a significant draw for sightseers.

Harvest time in Japan is known as Aki, and the fall foliage is grouped by two distinct terms: Koyo and Momiji. Koyo depicts foliage with red and yellow tones, while Momiji explicitly applies to the strongly red maple leaves that are especially marvelous during the season. The maple leaf represents fall in Japanese culture, and its utilization is inescapable.

Maple-molded cakes are common throughout the fall, and the actual leaves have regularly eaten as tempura: a sweet, delectably fried tidbit. Different assortments of maple leaf tempura are served worldwide during the season, frequently joined by some Japanese tea.

The practice of Momijigari has affected Japanese culture since the Heian period (794-1195), with changing for maples especially famous the nation over.

For Buddhists, the autumn leaves are significant as a profound symbol of life’s transience. Momijigari is featured in eighth-century Manyoshu poetry, as well as the old-style Heian Period tale 'The Tale of the Genji.'

There is no lack of dazzling spots in Japan to appreciate the wonder; however, the greatest days to see it shift from one spot to another and from one year to another. Momijigari is regularly appreciated from multiple points of view, a highlight of hikes, picnics, drives, bicycle rides, and camp outings.

The leaves in Japan change because of temperature, height, scope, and the best opportunity to encounter the marvel contrasts each year. All in all, the pre-winter foliage season starts in mid-September on the island of Hokkaido, the northernmost island.

In different Japan, similar to Tokyo and Kyoto, the best viewing times regularly range from mid-October through early December. The peak times regularly persist in each area from about fourteen days to one month.

Hence, while numerous districts hit peak in November, a few regions can begin changing as early as September or as late as December. When temperatures turn cold early, the fall colors can also show up earlier.

Cherry blossoms are in full bloom on an extremely restricted timetable: around half a month. For much of Japan, you can see cherry blooms in the best condition from March and to early April.

It's hard to precisely anticipate the most ideal opportunity to see cherry blossoms since the blooming period relies upon climate conditions for the spring of each year.

Be that as it may, you can make a general forecast dependent on when cherry blossoms thrived in past years. You can, without much of a stretch, say it's no real way to visit Tokyo or Kyoto for cherry blossoms in January, February, and the principal half of March. May is past the point of no return, obviously.

The best time in Tokyo and Kyoto in 2022 ought to be mid-late March and early April. If you have sufficient opportunity to remain, it's prescribed to remain for around 10–14 days to make certain of getting the cherry blooms at their pinnacle. March 20-31 will be the best time, and mid-April will be hard to see wonderful sakura in Tokyo in 2022.

Regarding the furthest regions in Japan: cherry blooms in Okinawa begin to blossom around January, and Hokkaido begins around late April and early May.

Kawazu Sakura around there, Izu Peninsula, Shizuoka prefecture is the previous sort of cherry bloom trees that starts blossoming toward the beginning of February and has a durable sprouting period for around multi-month.

Consistently is distinctive with regards to the sakura (cherry bloom trees). As springtime starts, the nation stands by calmly for the primary flashes of pink.

Generally, the sprouts burst into shading between mid-March and early May, and colorful cherry bloom ejects all over Japan, filling decorative stops and outlining city waterways. These trees exist worldwide, but no place matches Japan's yearly proliferation of pink petals. Be that as it may, on the off chance that you can't make full sprout, don't worry. Plan an excursion in February, when the similarly delightful however lesser-realized plum blooms are on show. Watch out for this convenient cherry bloom figure to follow when 2021 blossoming is required to begin.

The sakura shows up in tropical Okinawa in January, and they keep going on up Japan, reaching the northernmost island of Hokkaido toward the beginning of May. Additionally, there are various kinds of trees, each sprouting at a somewhat extraordinary time. Early Kawuzu sprouts show up from the beginning of February and last until early March, generally along the Kawzu River on the Izu Peninsula, southwest of Tokyo. Lake-sprouting Omuro cherries show up from late March until around mid-April. For the peak blossom times in the most highly touristed areas, including Tokyo, visit between the end of March and early April, when the stunning Yoshino blossoms show up and last around seven days before falling rapidly. 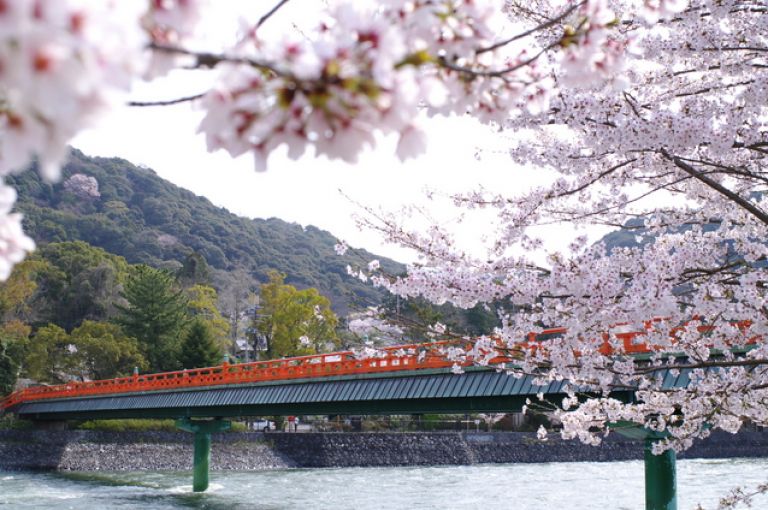 You'll discover cherry blossom places of interest in more than 1,000 areas the nation over, so picking the best can be quite challenging.

Come sakura season, and this is presumably Japan's most popular cherry-blossom locale, where a canopy of fully flushed cherry blossoms cover the mountainsides.

The park’s star attraction is a weeping sakura - an enormous tree whose bloom bordered branches bow towards the ground. It's illuminated at night, which is certainly worth staying for.

Head here during peak blossom season for the striking white wooden walls of the castle that give the ideal background to the 1,000 cherry trees bursting into life around it.

These staggering lakes accompany the setting of Mount Fuji. For a spectacular cherry blossom viewing experience, look for cherry blossoms vividly opening around each of these lakes – especially the shores of Kawaguchiko Lake.

Potentially the prettiest spot for cherry bloom seeing, this old three-story palace is encircled by a traditional moat with an immense tree-lined park inside that has illumination at night.

Quite possibly the most mainstream spot around there, and one where you can count on to be in breathtaking bloom is Ueno Park, home to more than 1,000 cherry blossom trees, as well as a lot of exhibition halls, temples, and lakes. A 4-km stretch is lit up from 5 pm to 9 pm (from about March 23 to April 10).

While Tokyo may be considered at the cutting edge of modern, Kyoto's the embodiment of tradition. Old teahouses hobnob with intricate temples, while geisha hasten between one and the other on their way to private meetings. View Maruyama Park, where the highlight is a tall Shidarezakura weeping cherry tree illuminated around evening time, or the Philosopher's Path – an old-fashioned pathway fixed with many cherry trees.

That was it for our Best Time to Visit Japan: Cherry Blossoms vs Autumn Leaves. We hope our information helps you decide which of Japan’s seasonal beauties you would like to visit next.

THE 5 BEST ART FESTIVALS AND TRIENNALE IN JAPAN

Art festivals in Japan captivate the imagination of locals and tourists alike, with sophisticated ga......

20 THINGS TO DO IN JAPAN FOR COUPLES

When it comes to things to do in Japan for couples, there are numerous activities and tourists spots......

When you visit Japan for the first time, you might be overwhelmed with the countless sights to see a......