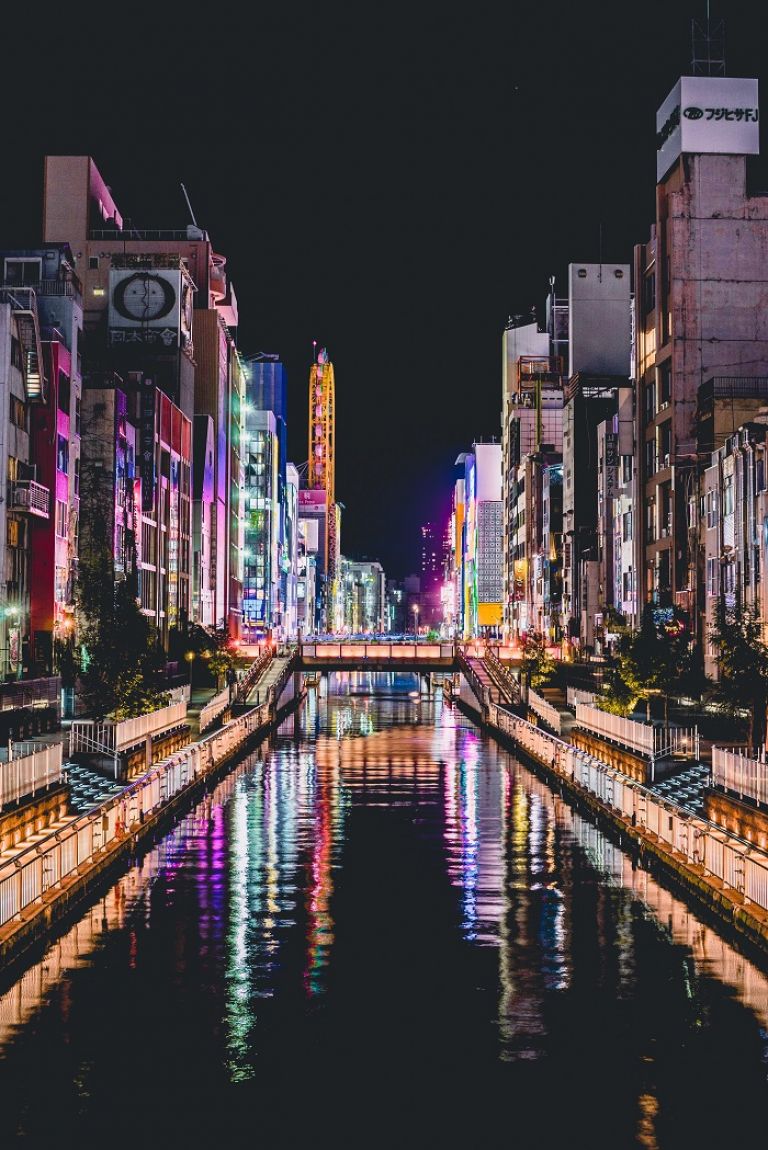 A tour of Japan isn’t complete without a stop in Osaka, especially if it’s your first time here. As the second-largest metropolis in the country, Osaka is the economic powerhouse of the Kansai region. In the past, it was once the capital and possibly would have been the current one, if the Tokugawa Shogunate hadn’t taken over after the Warring States period (1573-1603).

These days, Osaka attracts young Japanese people with its nightlife districts and shopping arcades. However, there are still plenty of places to see historical sites. For travelers that love trying new foods, Osaka is a veritable paradise. Between the bountiful Osaka Bay and its street food culture, there are tons of opportunities to try dishes that you can’t find in other parts of Japan.

To make the most of your time in Osaka, here’s our suggested two-day itinerary.

DAY 1: FROM OSAKA CASTLE TO THE UMEDA SKY BUILDING 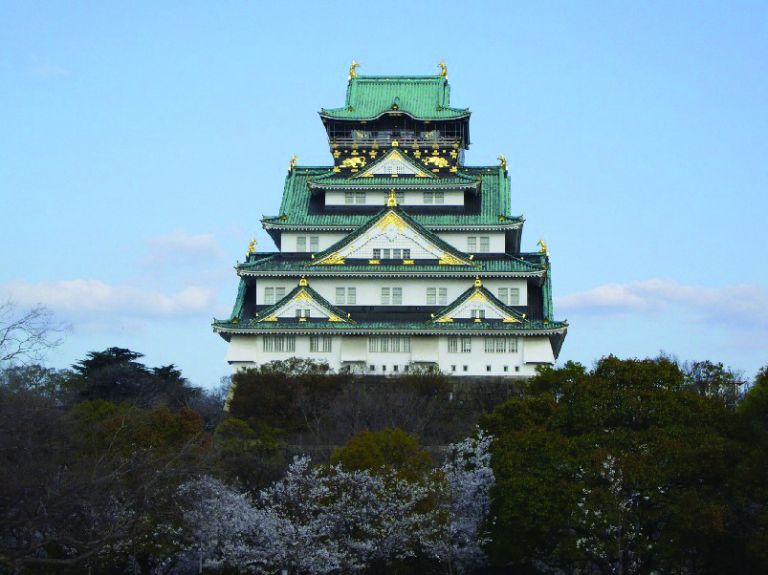 Osaka Castle
You can’t leave the city without a stop at Osaka Castle, so why not go here first? Toyotomi Hideyoshi built the castle grounds and tower in 1583, but it burned down several times over the centuries. The current castle tower is a reconstruction with a museum, and you can take in a breathtaking view of the city from the top floor. Osaka Castle’s park has 600 cherry blossom trees that usually bloom in early April. 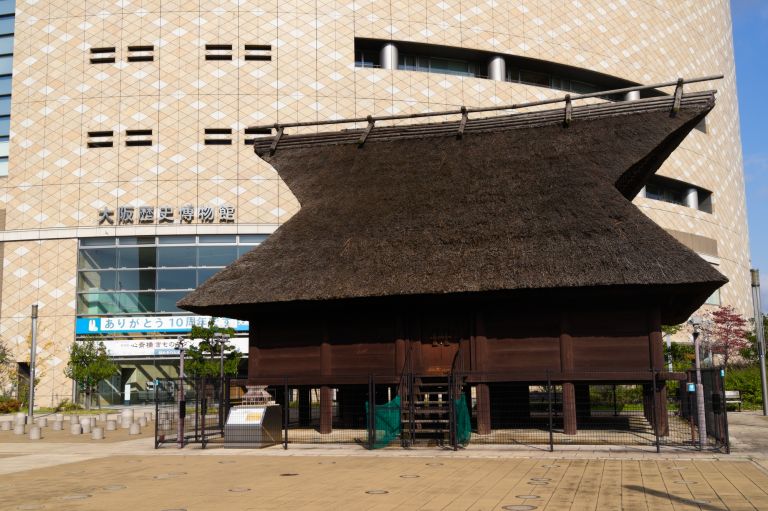 Osaka Museum of History
Across from Osaka Castle, the Osaka Museum of History shows the city’s development from its ancient past to the early Showa period (1926-1989). The visually stunning exhibits are life-size models that you can walk through to get a real feel of people’s daily lives during these times. The attractive displays start with Naniwa Palace and end with reconstructions of Osaka’s bustling shopping streets, which you will see later on this journey. 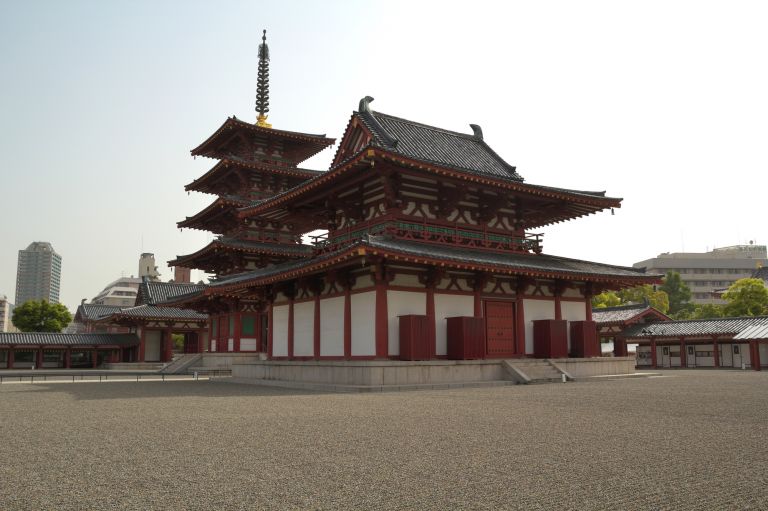 Shitennoji Temple
Built by Prince Shotoku in 593, Shitennoji is one of Japan’s oldest temples and the first to receive funding from the state. Although fires destroyed the original buildings long ago, what you see now still retains 6th-century designs. The Main Hall stands in the inner precinct next to a five-storied pagoda. Near here, you can find the gorgeous Gokuraku-Jodo landscape garden, which has cherry blossoms and other seasonal flowers. 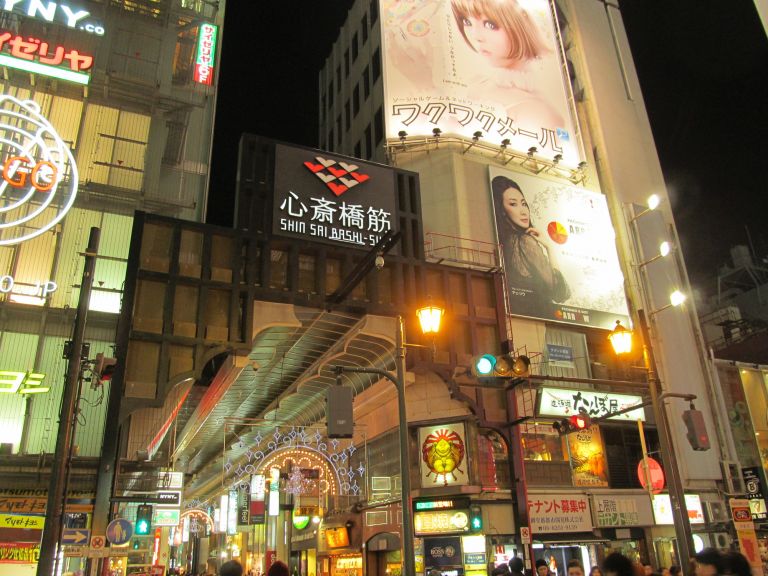 Shinsaibashi
Now that you’ve fully explored Osaka’s past, it’s time to fast-forward to modern times in the downtown area. The Shinsaibashi arcade is one of the best places to experience the city’s superb shops, restaurants, and nightlife. Among the many clothing stores, you’ll find both traditional kimono tailors and the latest trends at brand name boutiques. As you explore, take the time to pick up souvenirs and get a taste of Osaka’s street food. 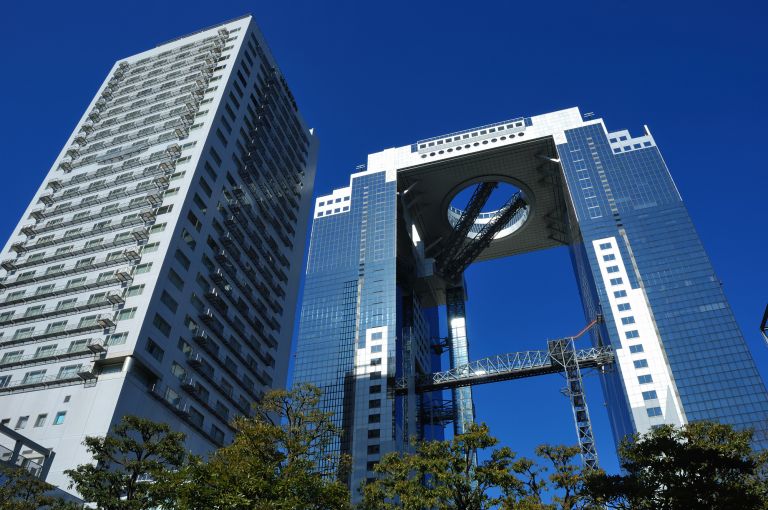 Umeda Sky Building
This spectacular skyscraper in the Umeda district offers an extraordinary view of the city from 173 meters high. The Umeda Sky Building has two towers that connect via the “Floating Garden Observatory” on the 39th floor. After taking in the sights on the open-air deck, you’ll go through the observatory, which is a long escalator encased in glass windows.

DAY 2: FROM THE CUP NOODLE MUSEUM TO DOTONBORI 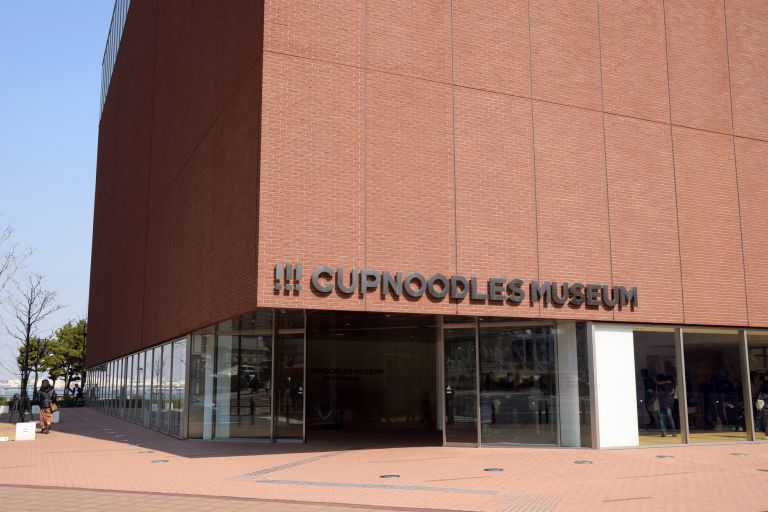 Cup Noodles Museum
Although it’s a little far from the center of Osaka City, the Momofuku Ando Instant Ramen Museum is well worth the trip. Momofuku Ando was a Taiwanese-Japanese businessman who invented instant noodles in the 1950s and founded the Nissin Food Products company. Through the museum’s interactive displays, you’ll learn about the history of ramen and its impact on Japanese culture. At the end of your tour, stop by the My CUPNOODLES Factory to create a custom cup of noodles you can take home as a souvenir. 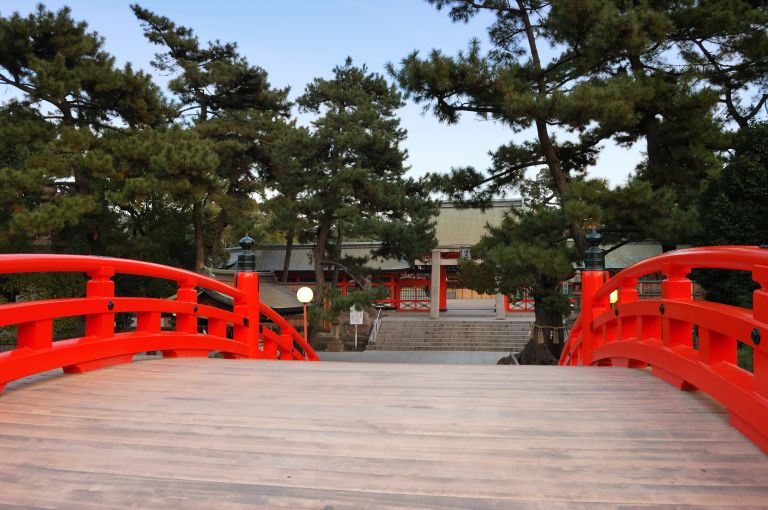 Sumiyoshi Taisha Shrine
Founded in the 3rd century, Sumiyoshi is one of Japan’s oldest shrines. Since it predates the introduction of Buddhism, it’s a unique opportunity to see Japanese architectural styles without outside influences. There are only two other shrines in the country that retain pure Japanese designs, which are Ise Shrine in Mie and Izumo Taisha in Shimane. 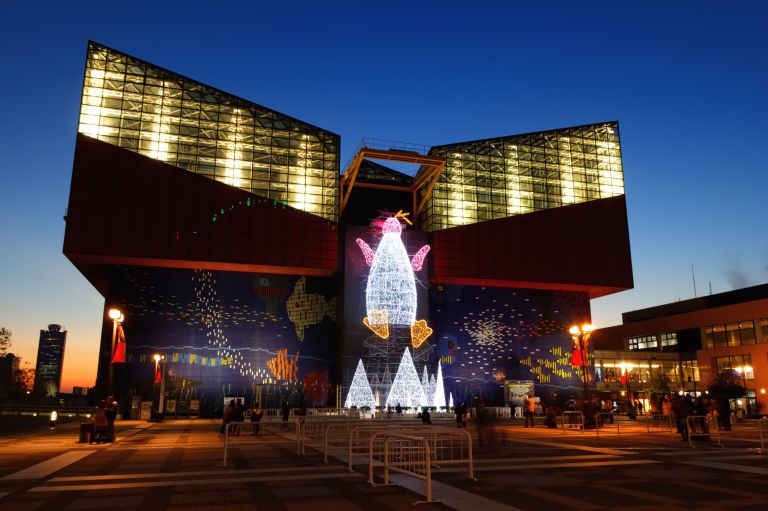 Osaka Aquarium
Osaka Aquarium (Kaiyukan) is on Osaka Bay in the Tempozan Harbor Village. It’s one of the largest aquariums in Japan and introduces the local marine life with fifteen tanks, some of which span several floors. The main attraction is the 9-meter deep central tank that houses a whale shark. Across from the museum, you can stop by the Tempozan Marketplace shopping mall, where you can find Osaka’s food theme park, Naniwa Kushinbo Yokocho. 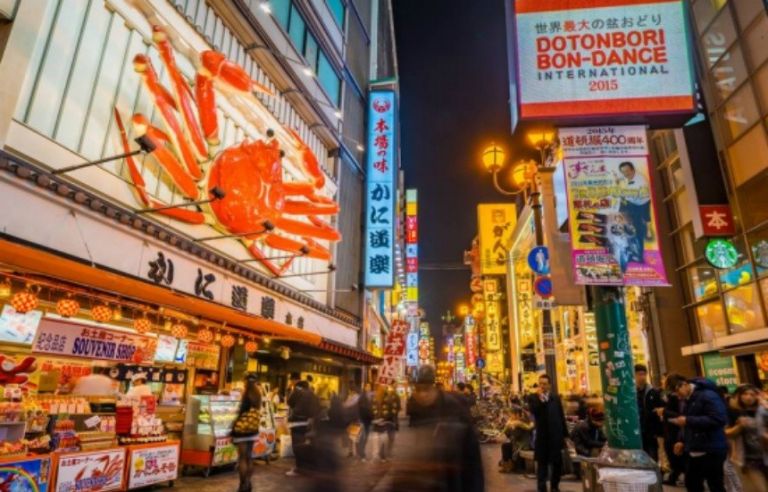 Dotonbori
If you haven’t taken the time to experience Osaka’s nightlife yet, do so in the city’s other major center. Dotonbori comes alive at night with hundreds of neon lights and mechanized signs, including the famous Glico Man and Kani Doraku signs. Walking along the canal, you’ll find endless options for dining and entertainment, particularly in the Soemoncho area. If you’re looking for something a little less wild, take a nighttime cruise on Tonbori River or explore the nostalgic streets and storefronts in Hozenji Yokocho.

CLICK HERE TO SEE OUR GROUP TOURS THAT GO TO OSAKA

CLICK HERE TO CREATE YOUR PRIVATE JOURNEY IN JAPAN

Best Places to Visit with Children in Japan

Plan a vacation with your kids to Japan, which has some of most entertaining and interesting places ......

What to Eat in Tokyo if You Don't Like Sushi

Sushi is one of Japan’s most famous foods and tops nearly all the must-try lists when visiting the......

Top Destinations to Visit Other Than Tokyo, Kyoto, and Osaka

When touring Japan, Tokyo, Kyoto, and Osaka are certainly top destinations in the country that shoul......