There is no limit on the amount of any currency that may be brought into or taken out of Japan. However, if you transport (any currencies, checks, securities, or other monies) exceeding 1,000,000 yen worth in Japanese currency into or out of the country then you must complete a customs declaration.

You can buy yen at foreign exchange banks and other authorized money exchangers. Currency exchange counters are found at international airports, and are usually open during normal office hours. The exchange rate fluctuates daily depending on the money market.

Travelers Checks are accepted by leading banks, hotels, ryokan (Japanese inns), and stores in major cities. International credit cards such as American Express, VISA, Diners Club, and MasterCard are also acceptable at these major establishments. However, credit card transactions are not always conveniently accepted outside big cities, acquiring cash currency is highly recommended before traveling to the countryside.

Foreign credit and cash cards can be used at Post Office and Seven Bank ATMs throughout Japan. There are over 20,000 Post Office ATMs in Japan and post offices which provide this service display stickers indicating which cards are accepted. ATM withdrawals can be made with cards with the VISA, Cirrus, VISA Electron, PLUS, MasterCard, Maestro, American Express, China Unionpay, Diners Club, JCB, and DISCOVER . Accepted credit cards include VISA, MasterCard, American Express, and Diners Club.

Seven Bank ATMs are also available for international cash cards and credit cards. Over 14,700 Seven Bank ATMs are placed at 7-Eleven convenience stores throughout Japan and the service will be given 24 hours a day in English, Korean, Chinese, and Portuguese. Cash cards from the PLUS and Cirrus networks can be used. Accepted credit cards are VISA, MasterCard, American Express, JCB and China UnionPay. Locations aside from Seven Bank ATMs include the following: Major department stores, international airports, Aeon mall banks, and Family Mart convenience stores located in the main regions of Osaka and Tokyo with ATMs can accept international cards.

It is, however, advised to contact each credit card company beforehand and check the location of each ATM and its availability as these conditions vary from machine to machine. 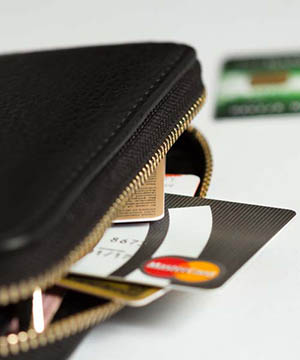 Some main post offices are open seven days a week.
Most department stores are closed for two to three weekdays a month.
Most museums are closed on Mondays.