Kaga Onsen is a mecca of hot springs and is located south of Kanazawa in Ishikawa Prefecture.

Kaga Onsen is the culmination of four hot spring towns and is located south of Kanazawa. Nearby to the onsen is Mount Hakusan, which is one of Japan’s three holiest mountains. The four towns that make up Kaga are Yamashiro Onsen, Yamanaka Onsen, Katayamazu Onsen, and Awasu Onsen. Yamashiro Onsen is one of the only towns where the layout revolves around the main onsen. The soyu (public bath) first opened in the Edo Period and later evolved with hotels and shops being built around it. In the town is a reproduction of the Ko- Soyu that was built during the Meiji Period. Inside the wooden structure are tiled walls that are made of kutani wares or kutaniyaki. Nearby is a wooden structure called the Hazuchio Gakudo, which has a high ceiling and fireplace that gives off a relaxing atmosphere. In addition, there are various dishes and sweets made with local ingredients available.

Yamanaka Onsen is located in the mountains on the approach to the Japanese Alps. It has a traditional atmosphere where the lacquerware industry residing there is highly respected. Yamanaka lacquerware has been produced in the town for over 400 years. The best onsen to visit is the Kiku no Yu, which has the best healing waters in Yamanaka. While in town you can enjoy performances of Yamanaka-bushi folk songs in the Yamanaka-za Theater. Parallel to the town is Kakusenkei Gorge where there are several bridges crossing over the river. Katayamazu Onsen was built along the shores of the Shibayamagata Lagoon. The larger hotels and ryokans feature hot spring baths with amazing views of the lagoon and Mount Hakusan in the distance. It is said that the lagoon naturally changes colors throughout the day. At the center of the lagoon is a fountain that shoots up water for a few minutes every hour and reaches heights of 70 meters.

Awazu Onsen is home to the Hoshi Ryokan, the Guinness World Record holder as the oldest hotel and continuously operating company in the world. It was founded in 718 by the same monk who established the close by Natadera Temple. The spring waters in Awazu are said to help with circulation, help with chronic disease, and rejuvenate the skin. Near the town is the Yunokuninomori craft village, where you can purchase or make traditional handicrafts. The various traditional style buildings are dedicated to a specific craft like lacquerware, pottery, and glass making.

Things To Do in Kaga Onsen

Mount Hakusan is a 2702-meter-high dormant volcano and is one of the three most sacred mountains in Japan. 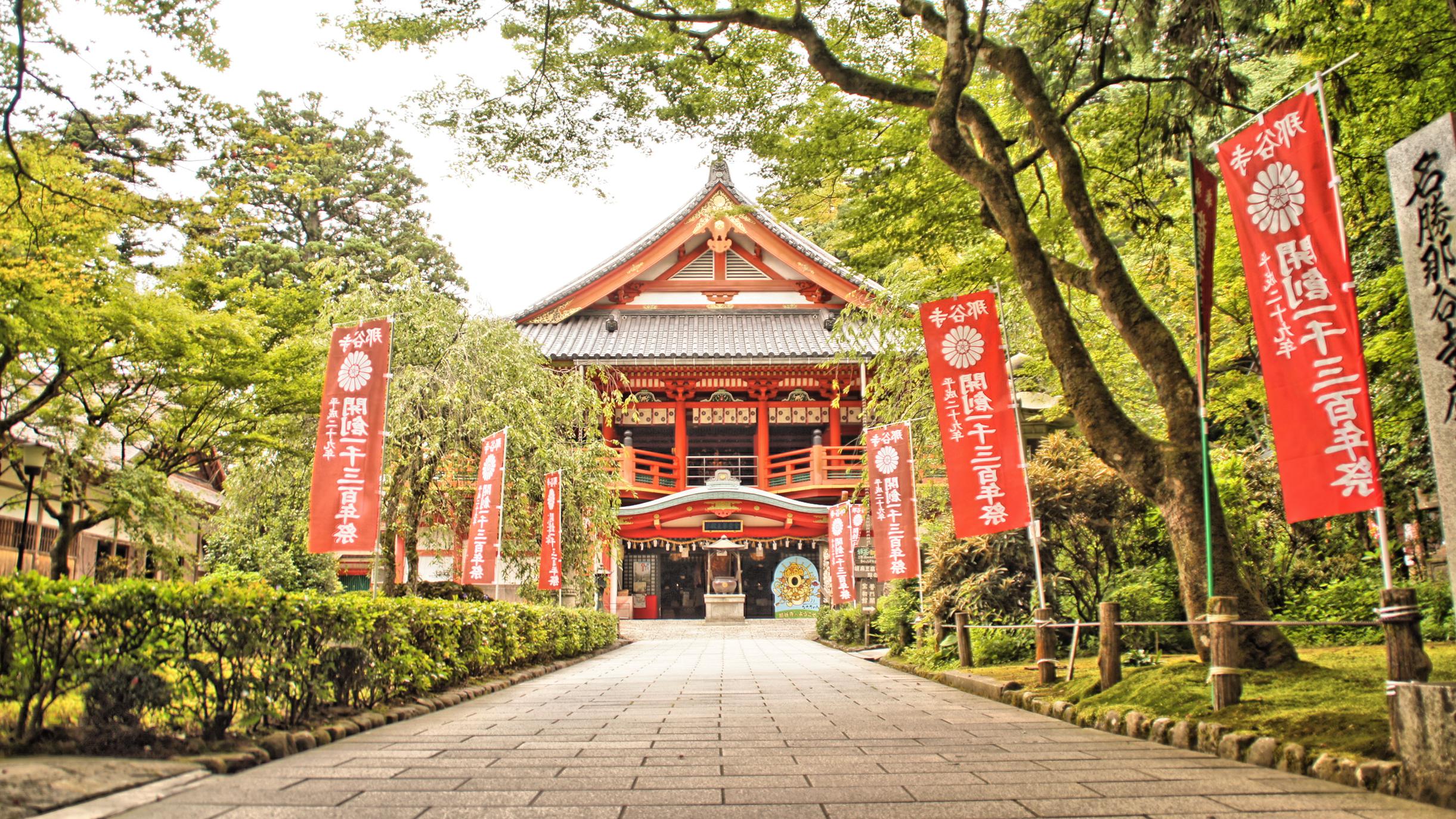 Natadera Temple was founded over 1300 years ago and is located in Komatsu city in Ishikawa Prefecture.