The Hiroshima Prefecture is located in the southwestern part of the Japanese islands, namely the Chugoku region on Honshu Island.

The prefecture’s capital is Hiroshima, the largest city of its region. The Hiroshima prefecture is roughly divided into four areas: Aki of the South West, Bingo of the South East, Geihoku of the North West, and Bihoku of the North East. Each area holds local foods, attractions, climates, and cultures unique to its region. The prefecture’s population accounts for 2.86 million people, making it the 12th most populous prefecture in the country.

Hiroshima is home to two UNESCO World Heritage Sites, the Itsukushima Shrine and the A-Bomb Dome of the Hiroshima Peace Memorial. The Itsukushima Shrine, located on Miyajima Island, is one of the most renowned shrines in Japan. It is the only shrine with a torii gate built in the middle of the sea. The A-Bomb Dome is the most symbolic site in Hiroshima, reminding visitors the importance of lasting peace. These two impressive attractions are arguably the most sought after places to visit in Hiroshima.

Other popular destinations in Hiroshima include the quaint, port town of Onomichi. Its nostalgic atmosphere is characterized with the scenic Shimanami Kaido route, and its 25 temples that visitors experience along the Temple Walk. There is also the picturesque fishing town known as Tomonoura, which has been a filming location for movies such as “The Wolverine” featuring Hugh Jackman and “Ponyo on the Cliff” by Studio Ghibli. Its Old Town Center holds many photogenic areas and attractions.

The Hiroshima Prefecture is blessed with generally warm climates. It encompasses mountains, rivers, ocean, valleys, and plains to its landscape. Visitors can expect many shrines and temples, historical attractions, beautiful parks and hot springs, numerous shopping and dining opportunities, and special events every season. 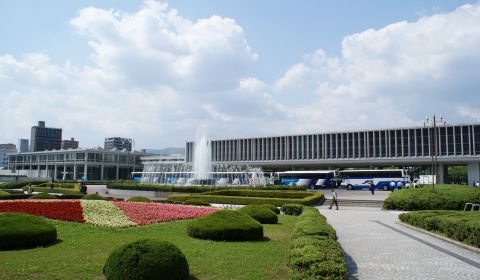 Hiroshima is the capital city of the Hiroshima Prefecture located on the western region of Japan’s main island Honshu. 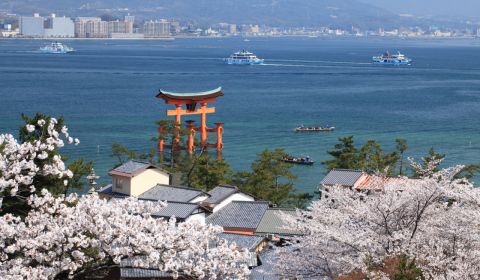 Miyajima Island is located one hour away from Hiroshima by ferry. It is mostly known for the torii gate that gives the illusion of floating on the water during high tide. 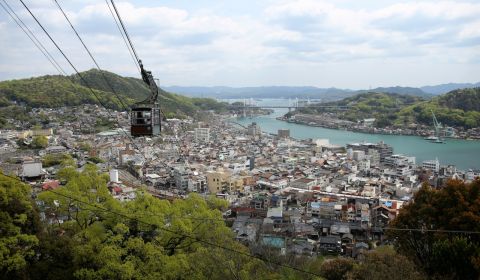 A former port town facing the Seto Inland Sea with many temples situated within the small area located in Hiroshima Prefecture, Japan.