Landscape photographer Shinzo Maeda who showcased the area in his photo books.

Biei is a small town that is surrounded by landscapes of rolling hills and wide fields. The town is located in the Kamikawa (Ishikari) District of the Kamikawa Subprefecture near the center of Hokkaido. Since 1900, the farmers of Biei have worked hard to plow the land to produce potatoes, wheat, sugar beet as well as other vegetables. On the east side of the city, Mount Tokachidake, Mount Tomuraushi and Mount Chubetsu are located and known as active volcanoes. Since Mount Tokachidake’s eruption in December 1988, measures were taken to prevent damage to Biei. Erosion control was built to prevent disastrous outcomes, which created the Blue Pond near the Shirogane Onsen. The Blue Pond’s color can be attributed to the natural minerals in the water. The best sightseeing areas can be broken down to Patchwork Road in the northwest and Panorama Road in the south of the town center. The names of these places do not refer to a road, but more in reference to how their area looks.

Patchwork Road is called as such because if you were to see the fields from above it would look like square patches. The reason it looks like that is because farmers have used different sections to grow specific crops. Like one patch will be dedicated to growing potatoes while another is for wheat. Also within this area are famous trees that were featured in different commercials in the 1970s. Panoramic Road is much wider area than Patchwork Road and flaunts gentle slopes at the foot of Mount Tokachidake. There are two observatories you can go to for gorgeous views of the area. The Shin’ei Hill Observatory Park is the popular tourist spot, which has a great view of the area. It is situated on a hill 5km south of the Biei station. East of Shin’ei is the San’ai Hill Observatory, which is closer to Mount Tokachidake, provides more of a panoramic view.

Things To Do in Biei 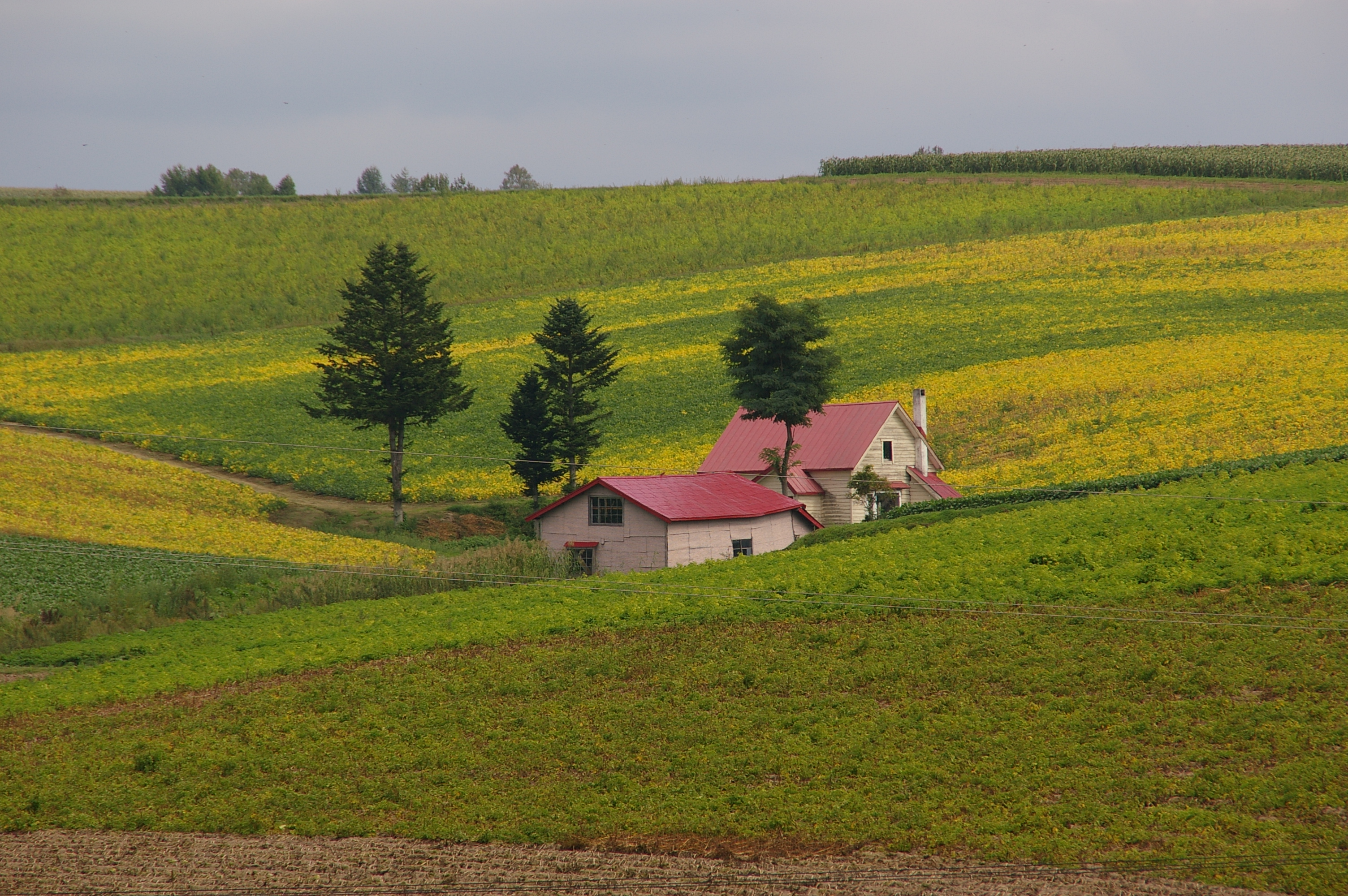 A scenic spot representative of the hillside atmosphere of Biei. 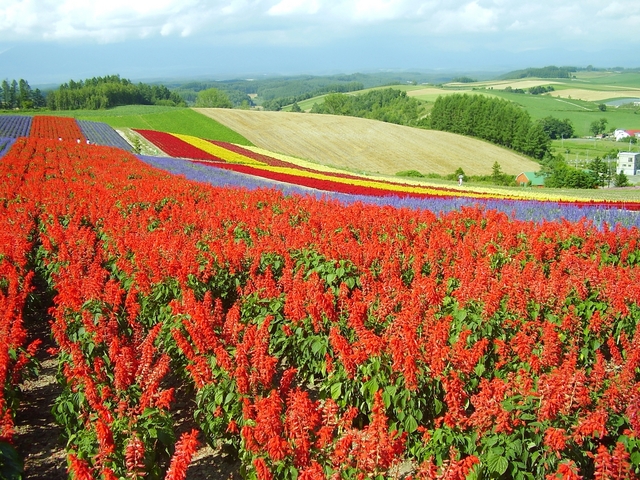 The panoramic flower gardens for casual enjoyment of the grand nature of Hokkaido. 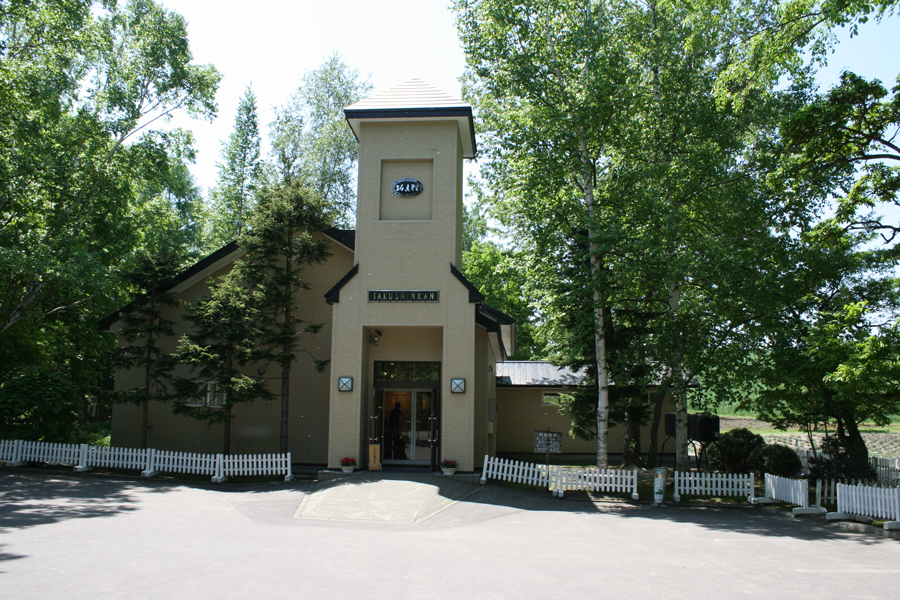 Exhibition hall with beautiful landscape photography by Maeda Shinzo and his son Akira. 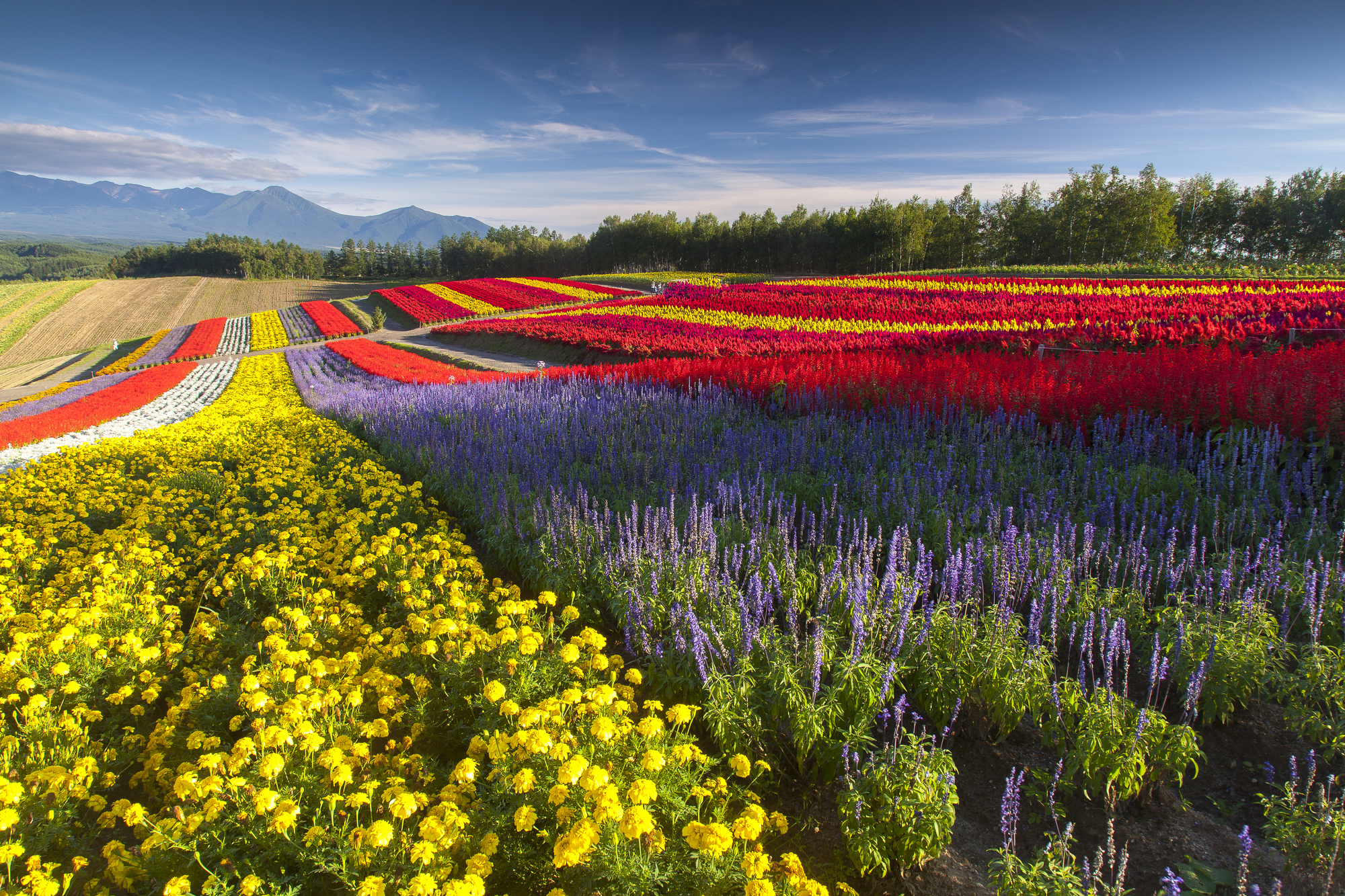 One of the best places to see fields full of Lavender and other flowers. 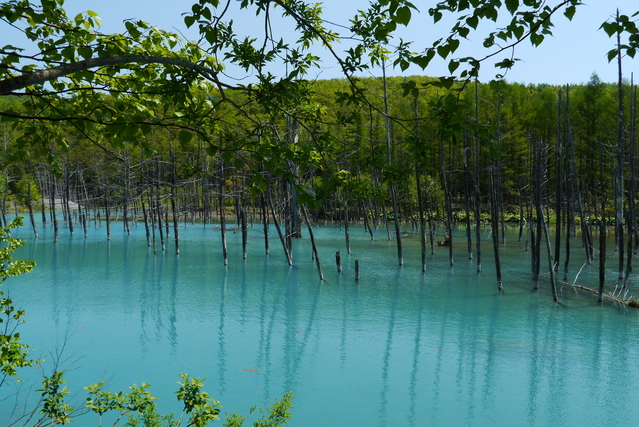 The Blue Pond is located in the center of Hokkaido near Biei right outside the Shirogane Onsen.