At the southern tip of the Oshima-hanto Peninsula, juts into the Tsugaru Strait.

Matsumae is situated at the southern tip of the Oshima- hanto Peninsula, which protrudes into the Tsugaru Strait at the southern part of Hokkaido. Matsumae is the northernmost castle town in Japan and it has played a central role in Hokkaido, pioneering in politics, culture and economics since Matsumae (Fukuyama) Castle was built there in the 17th century. Inside the beautifully restored castle tower of Matsumae Castle, there is a reference library which provides information about the local history. Matsumae-koen Park, which was created around the castle ruins, proudly boasts of being the site of some 10,000 cherry trees of 250 different varieties, and is much loved by the local people as a place for recreation and relaxation. There is a reference library at the park, where you can learn about cherry trees, and cherry blossom-related paintings and artifacts are also on display there.

There are many other places to visit around the castle ruins, including Hogen-ji Temple that is proud of its gateway, the most ancient in all of Hokkaido. The gateway of Aun-ji Temple was originally Matsumae Castle's gate. The Matsumae-han Yashiki is a theme park with a replica village of the whole Matsumae clan area in the 1850's, when the town prospered with 30,000 people in 8,000 households.

There are also many festivals held in Matsumae. One such festival is the Cherry Blossom Festival in spring, which is the best known in all of Japan for its numerous varieties of cherries. The Joka-matsuri Festival (samurai warrior festival) that is held in summer featuring a spectacular parade of decorative floats.

Things To Do in Matsumae 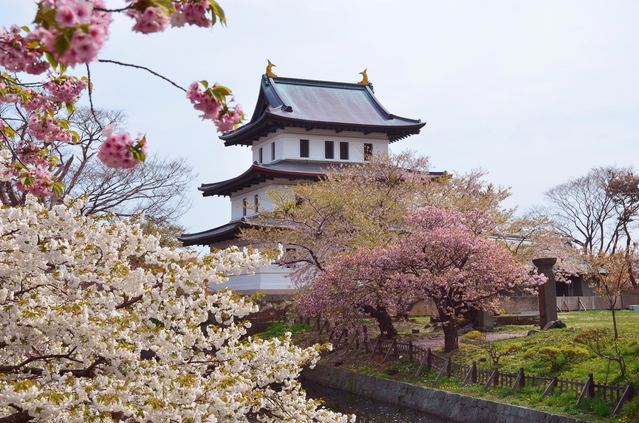 Matsumae Castle is only Japanese style castle to have been established on Hokkaido. 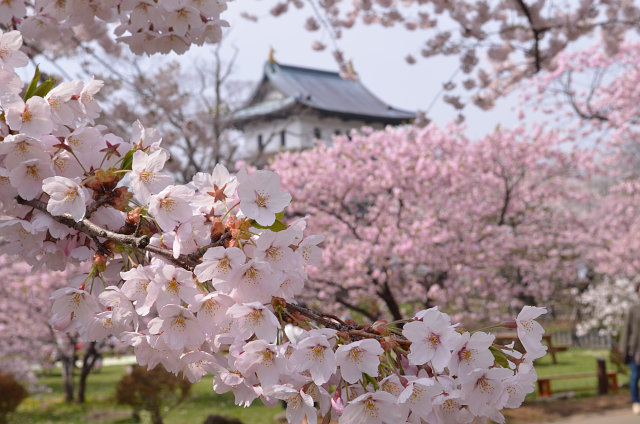 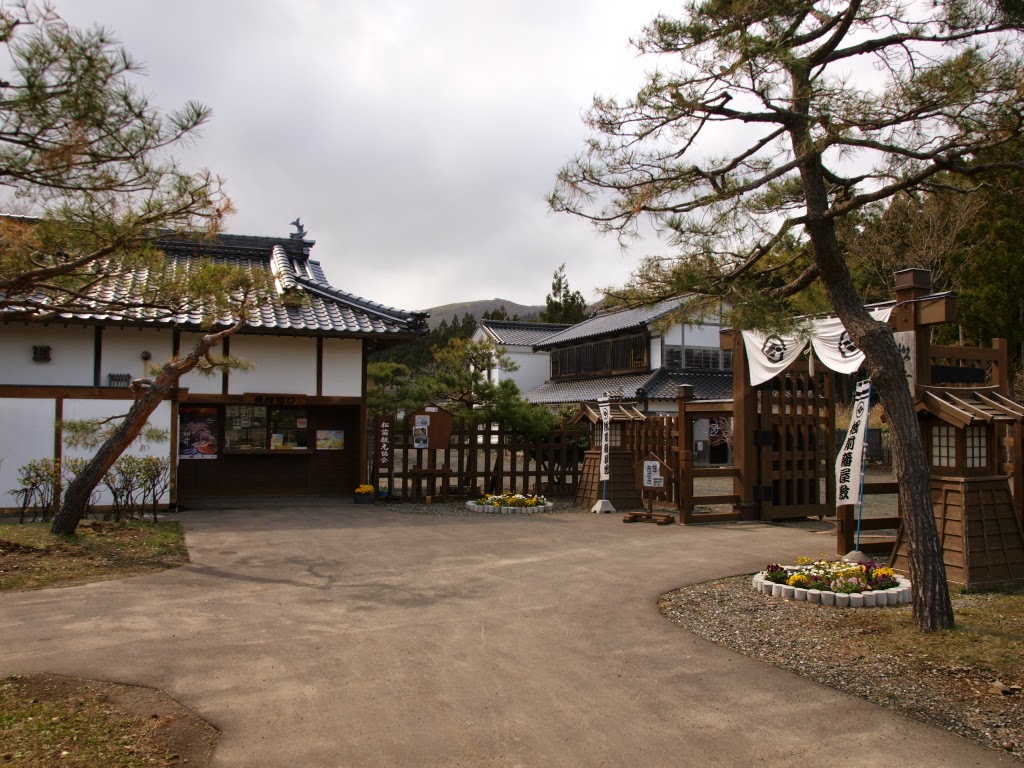 A small historical theme park that recreates Matsumae Town of the Edo Period.