In the northeastern part of Hokkaido; designated a UNESCO Natural World Heritage Site.

In 2005, Shiretoko was inscribed in the World Heritage list as a natural site. The word Shiretoko derives from the Ainu, indigenous people who lived in the region, word “sir etok,” which means “where the land ends.” Shiretoko is one of the most abundant integrated ecosystems in the world. Located in the northeastern part of Hokkaido, it includes the Shiretoko Peninsula, which enters the Sea of Okhotsk, and the marine areas around Shiretoko are considered part of the World Natural Heritage. It is said that first human inhabitants of Shiretoko appeared about 10,000 years ago. During the Meiji era, the government attempted to settle in Shiretoko in 1914 as well as 1935 and 1949. These actions were cancelled due to the harsh natural environment of Shiretoko. In 1964, Shiretoko was designated a national park and in 1977 there was a movement to preserve the area as is, which has continued on for decades. The interaction between marine and terrestrial ecosystems serve as phenomenal examples for people to see the productivity, which are influenced by the formation of seasonal sea ice. The nutrients the phytoplankton receive from the melted sea ice gives them enough nourishment to become food for the zooplankton, which many shellfish and mammals feed on. The difficult land formations throughout Shiretoko have prevented damage to be done by human hands to a minimum. This natural environment attracts rare and endangered species like the Blakiston’s Fish Owl, Steller’s Sea Eagle and the White Tailed Sea Eagle.

The Shiretoko National Park is considered one of Japan’s most beautiful and natural national parks. The volcanic mountain range of Shiretoko that runs down the center of the peninsula has the active volcano, Mt. Iou, which erupts great amounts of pure molten sulfur. The highest peak in the mountain range is Mt. Rausu. In Shiretoko there are 4 distinctive seasons that a visitor can see and soak in the pristine wilderness. For example, in the fall you can see the mountains adorned in red and yellow leaves with schools of salmon and trout swimming up the river. Then in winter you can witness the Sea of Okhotsk turn into a snowfield with the drifting ice and watch the migration of various birds. At night you can experience a starlit sky while watching animal wildlife. The nature hikes give visitors an opportunity to revel in the ambience unspoiled by human hands. Also be aware that on the peninsula there are about 200 brown bears. This makes the Shiretoko Peninsula home of the largest brown bear population in Hokkaido. It is good to be cautious when going into the wilderness to avoid potential danger.

Things To Do in Shiretoko 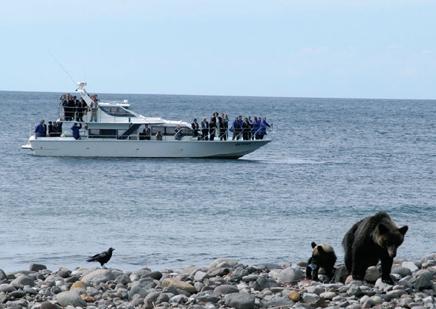 Goes around the Shiretoko Peninsula; allows visitors to see the beautiful scenery of the land. 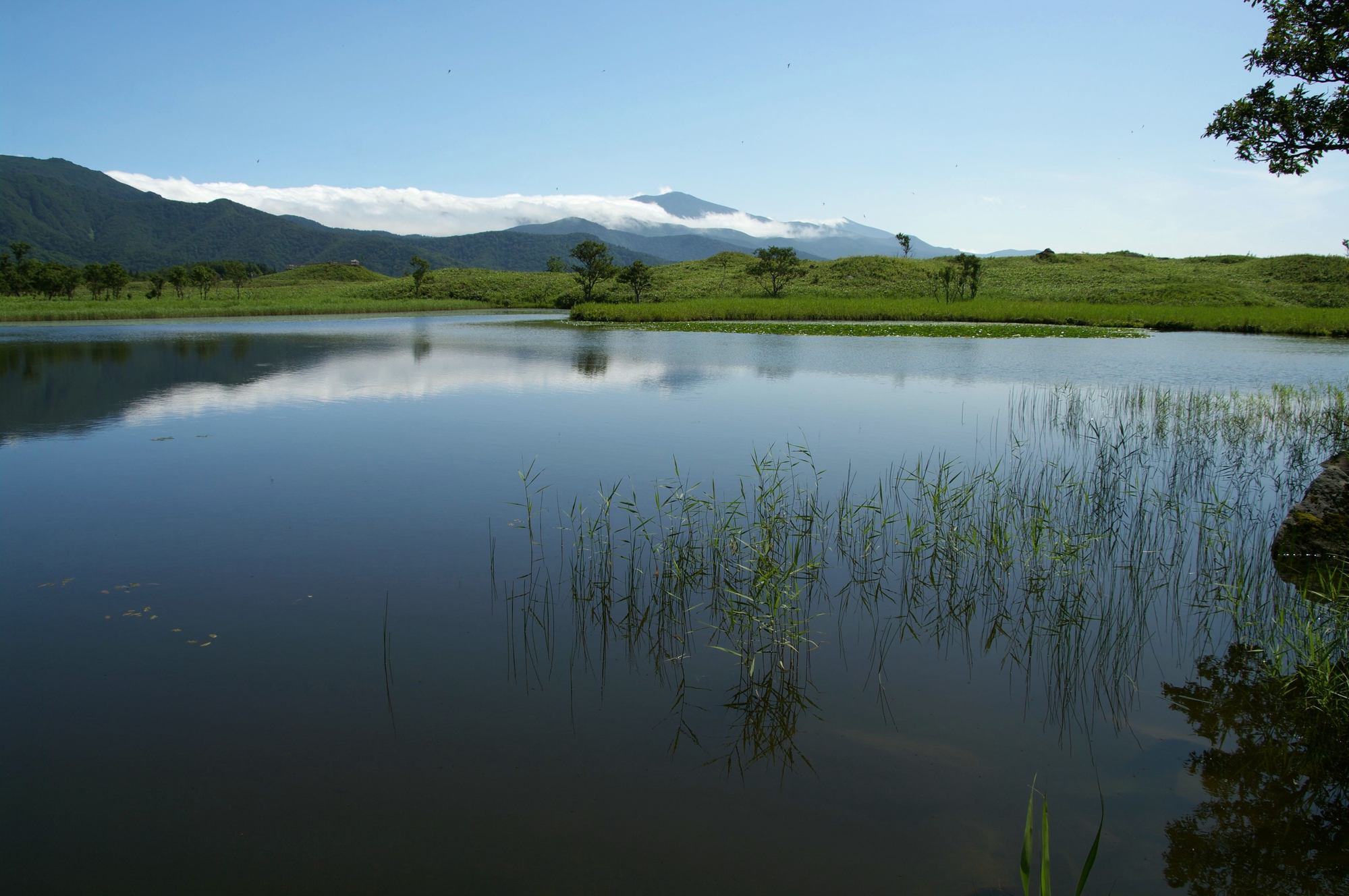 A collection five small bodies of water that were formed long ago when Mount Io erupted. 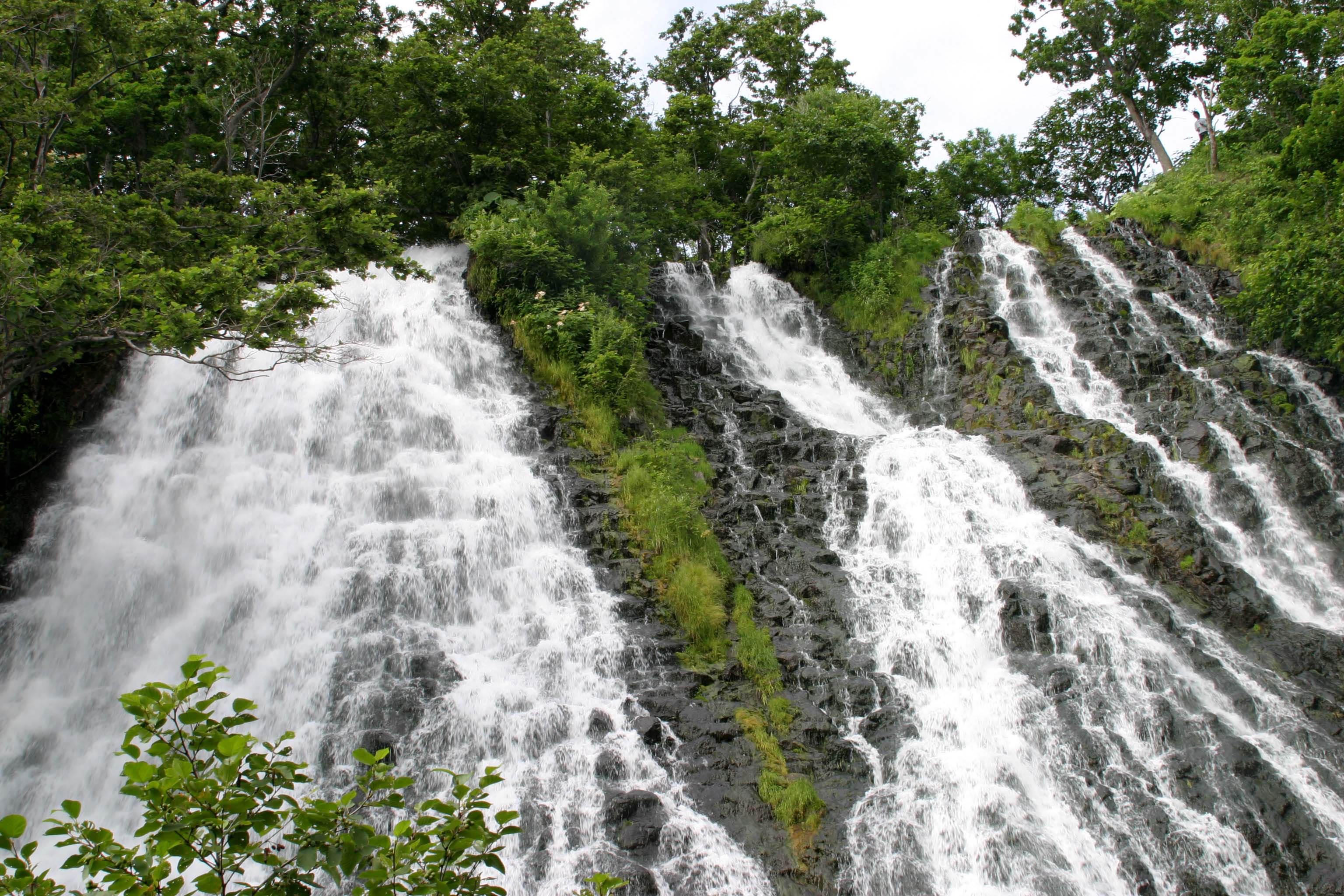 Is located on the main coastal road and is designated as one of Japan’s top 100 waterfalls.