Kyoto Prefecture is a cultural and traditional center in Japan and is home to many important sites.

Kyoto Prefecture (京都府, Kyōto-fu) is part of the Kansai Region, extending to the Sea of Japan coast in the north. The prefectural capital is Kyoto City, which used to serve as the national capital for more than one thousand years, and today offers more historical and traditional attractions than any other Japanese city. A famous attraction of northern Kyoto is Amanohashidate, offering one of Japan's three most scenic views. There are 17 structures that are listed as UNESCO World Heritage Sites in Kyoto. Until the Meiji Restoration, the area of Kyoto Prefecture was known as Yamashiro. For most of its history, the city of Kyoto was Japan's Imperial capital. The city's history can be traced back as far as the 6th century. In 544, the Aoi Matsuri was held in Kyoto to pray for good harvest and good weather. Kyoto did not start out as Japan's capital.

A noteworthy earlier capital was Nara. In 741, Emperor Shomu moved the capital briefly to Kuni-kyo, between the cities of Nara and Kyoto, in present-day Kyoto Prefecture. In 784, the capital was moved to Nagaokakyo, also in present-day Kyoto Prefecture. In 794, Emperor Kanmu moved the capital to Heian-kyo, and this was the beginning of the current-day city of Kyoto. Even today, almost all of the streets, houses, stores, temples and shrines in Kyoto exist where they were placed in this year. Although in 1192 real political power shifted to Kamakura, where a samurai clan established the Shogunate, Kyoto remained the imperial capital as the powerless emperors and their court continued to be seated in the city. Imperial rule was briefly restored in 1333, but another samurai clan established a new Shogunate in Kyoto three years later.

In 1467, a great civil war, the Onin no Ran, took place inside Kyoto, and most of the town was burned down. Japan plunged into the age of warring feudal lords. A new strong man, Tokugawa Ieyasu, established the Shogunate at Edo (today's Tokyo) in 1603. In the 15th century AD, tea-jars were brought by the shoguns to Uji in Kyoto from the Philippines which were used in Japanese tea ceremonies. The Meiji Restoration returned Japan to imperial rule in 1868. Emperor Meiji, who was now the absolute sovereign, went to stay in Tokyo during the next year. The imperial court has not returned to Kyoto since then. During the instigation of Fuhanken Sanchisei in 1868, the prefecture received its suffix fu. The subsequent reorganization of the old provincial system merged the former Tango Province, Yamashiro Province and the eastern part of Tanba Province into today's Kyoto Prefecture. 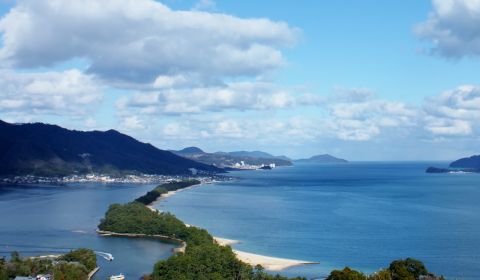 Amanohashidate is a sand bar on the Miyazu Bay and is one of the three scenic views of Japan.

Mt. Hieizan is said to be home to the deities of Shinto lore, but it is better known for the Buddhist monks of Enryakuji. 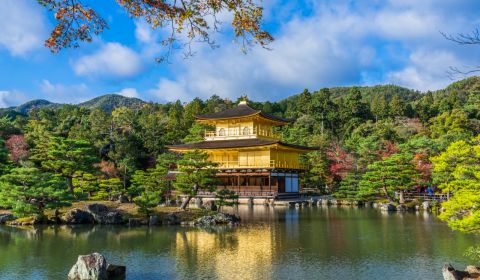 Kyoto was the former capital of Japan and is an important cultural and traditional center in the nation. 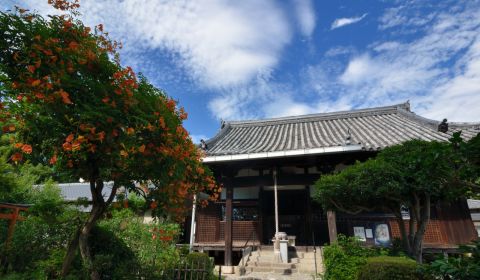 Uji is the birthplace of matcha (powdered green tea) and is home to two UNESCO World Heritage Sites.