Osaka has been an important port and mercantile city in Japan since the early Edo Period and before since Toyotomi Hideyoshi founded Osaka Castle in 1596. Osaka supplied goods such as rice, sake, ceramics and fineries from Kyoto to the capital in Edo (Tokyo) by sea. Osaka, like Tokyo, is divided into distinct areas each with their own unmistakable character. Nakanoshima is the cultural and administrative center of Osaka located on an island in the Yodogawa River, Den-Den Town (an electronics shopping area in Daikokucho and Osaka's equivalent to Tokyo's Akihabara), Umeda, Shinsaibashi and Namba are the places for shopping and nightlife. The new developments near Osaka Port on the coast at Tempozan including Osaka Aquarium and the nearby Universal Studios have become the new reasons to visit the city. The southern part of the city around Tennoji, which includes the historic temple of Shitennoji, Shin- Sekai (New World) and Osaka Zoo has its own particular draw.

Osaka Castle is one of Osaka's main attractions and the large park on the castle grounds has bands and other cultural and music events in the grounds on weekends. Umeda Sky Building is a 173 meter high building formed of two separate tower blocks connected at the top, somewhat reminiscent of the Grand Arch in La defense, Paris. Completed in 1993, it was designed by architect Hiroshi Hara who is probably best known for the new Kyoto Station. Temples and shrines in Osaka of interest include the ancient Shitennoji Temple in Tennoji, nearby Isshinji Temple, the Sumiyoshi Taisha Shrine and Imamiya Ebisu Shrine. The National Bunraku Theater holds performances of traditional Japanese puppet theater and is the best place in Japan to catch this unique art form.

Things To Do in Osaka City 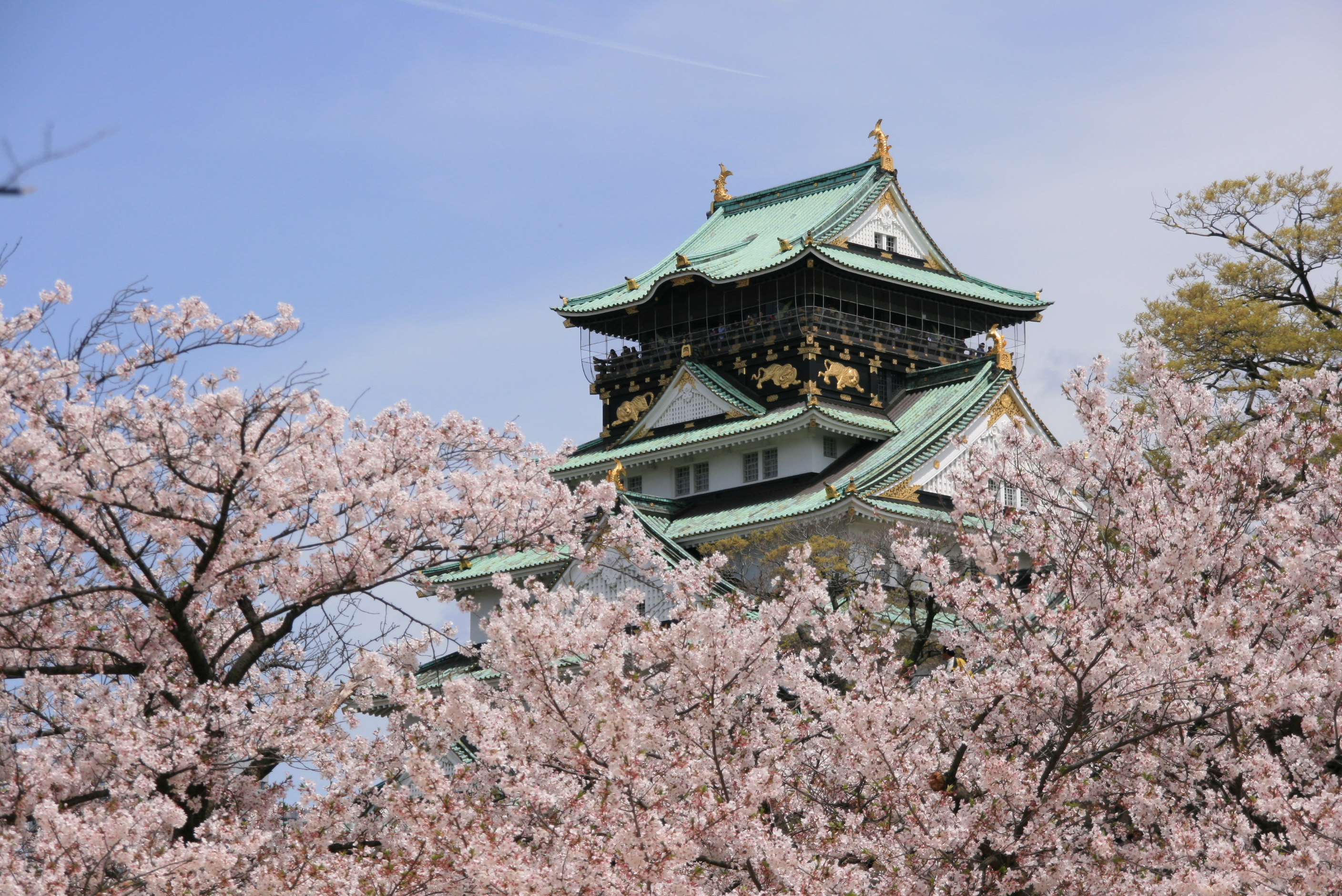 Osaka Castle was built by Toyotomi Hideyoshi, but after being destroyed and rebuilt many times it was converted into a modern museum.

The National Museum of Art

The National Museum of Art (NMOA) was opened with the aim of collecting, exhibiting and studying works centered on contemporary art from home and abroad. 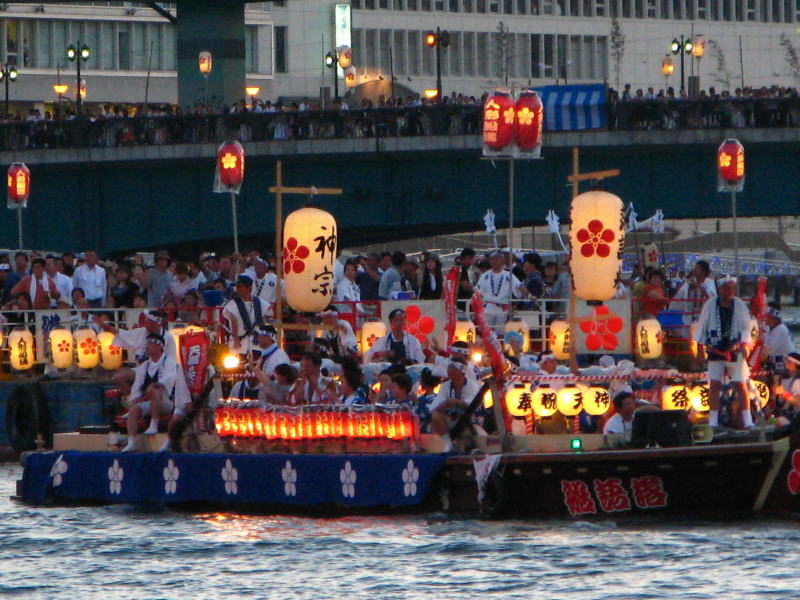 Tenjin Matsuri is one of the top three festivals in Japan along with Gion Matsuri and Kanda Matsuri. 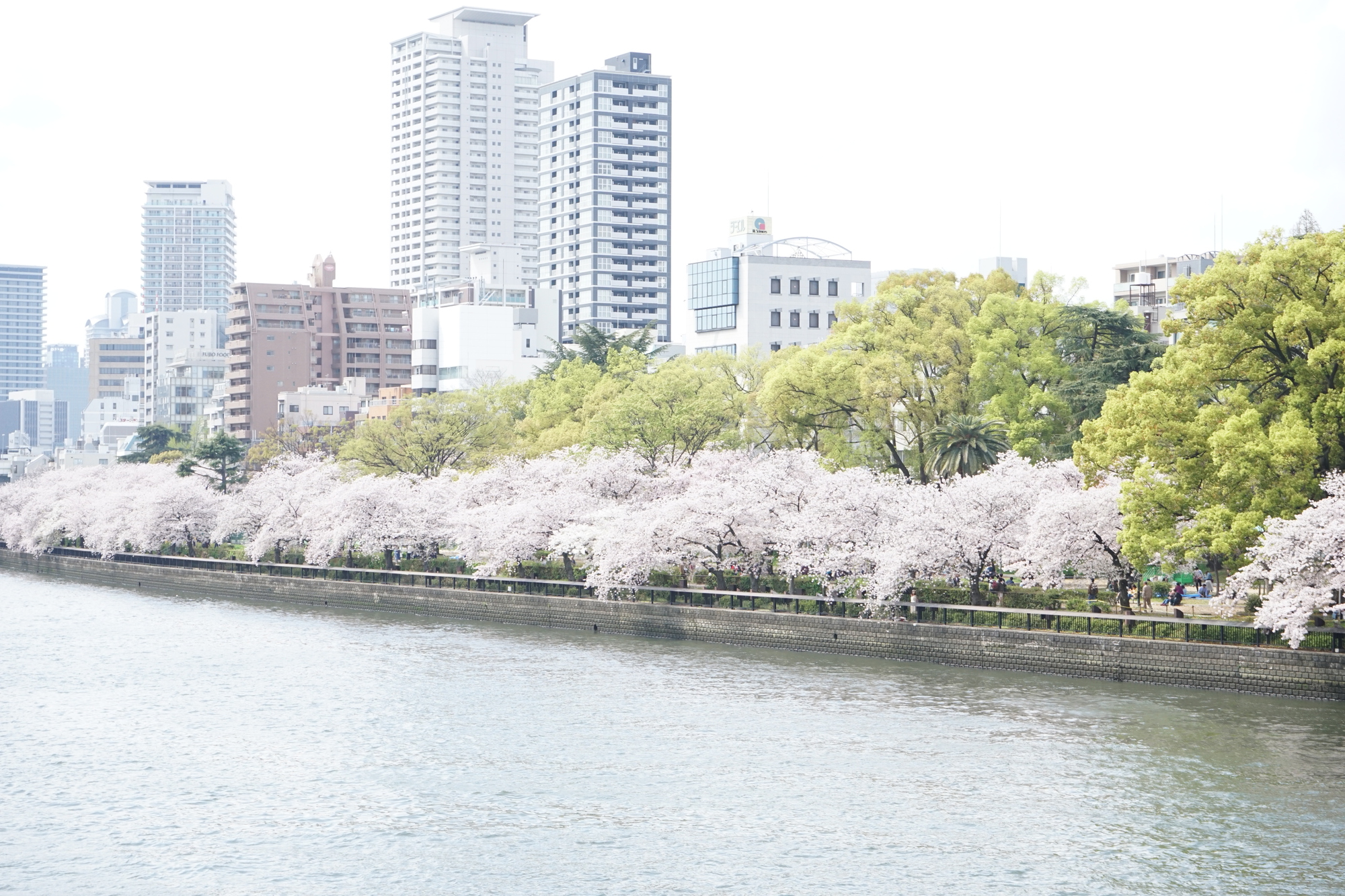 The Osaka Mint Bureau is not only responsible for the supply of coins in Japan, but has over 300 cherry blossom trees on its premises. 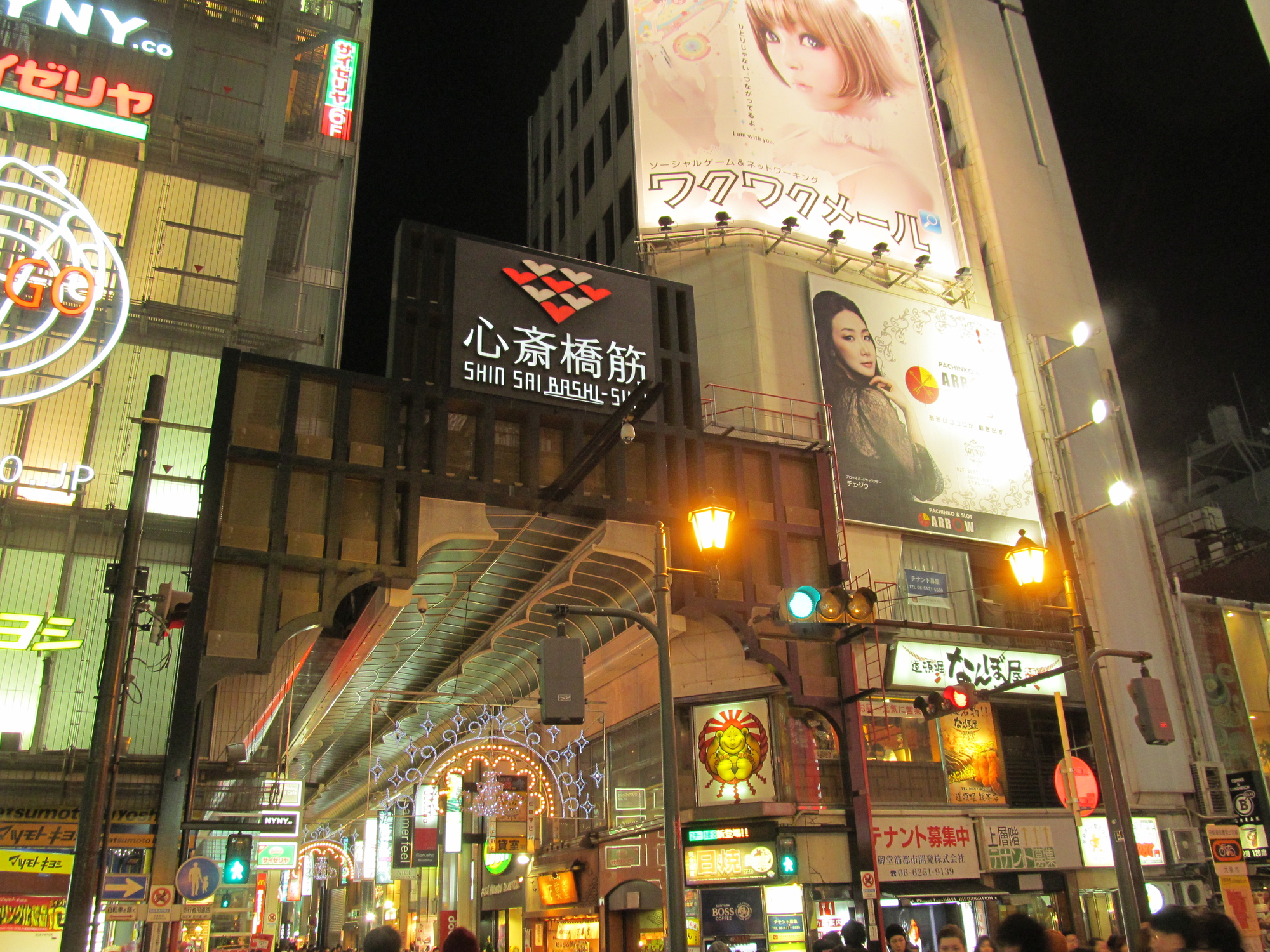 Shinsaibashi, commonly referred to as Ginza, is a busy shopping area extending from Shinsaibashi Station on the city subway line. 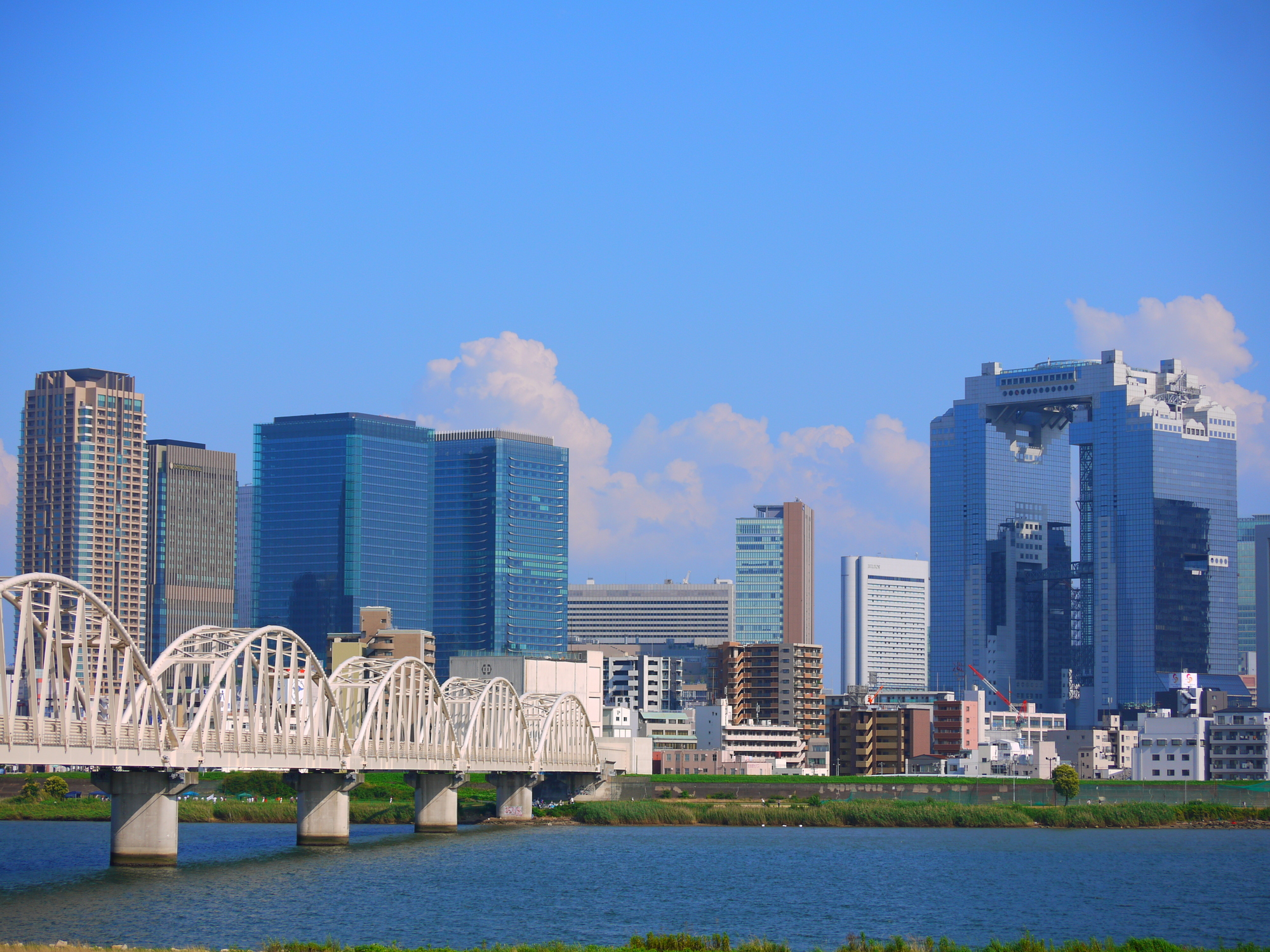 A bustling downtown area, Umeda spreads out around the station on the JR, Hankyu, Hanshin and city subway lines. 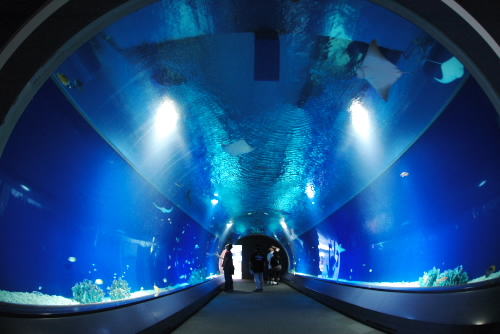 The Osaka Aquarium is one of the most spectacular aquariums in Japan. 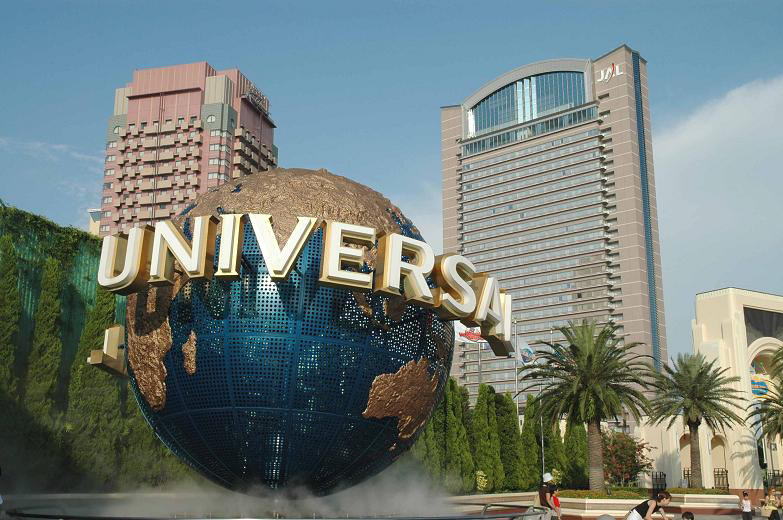 Universal Studios Japan is one of the most visited theme parks in Japan along with Tokyo Disney Resort. 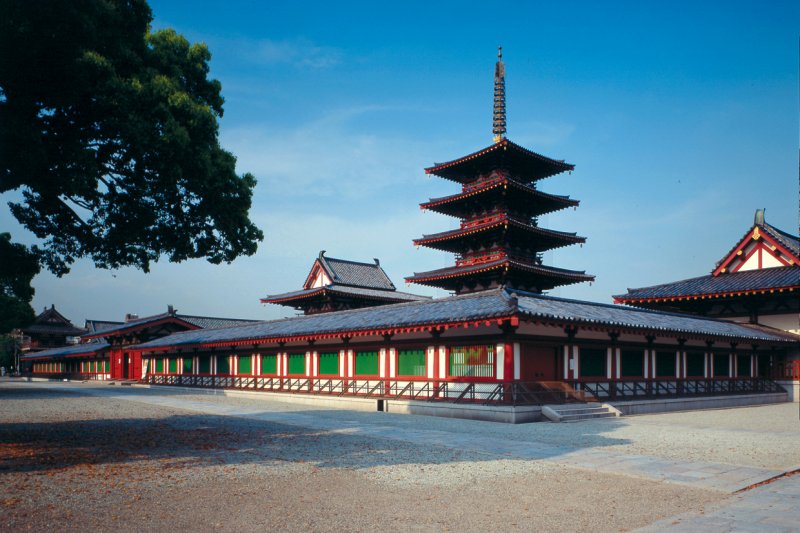 Shitennoji Temple was the first temple built by the state as well as one of the oldest temples in Japan. 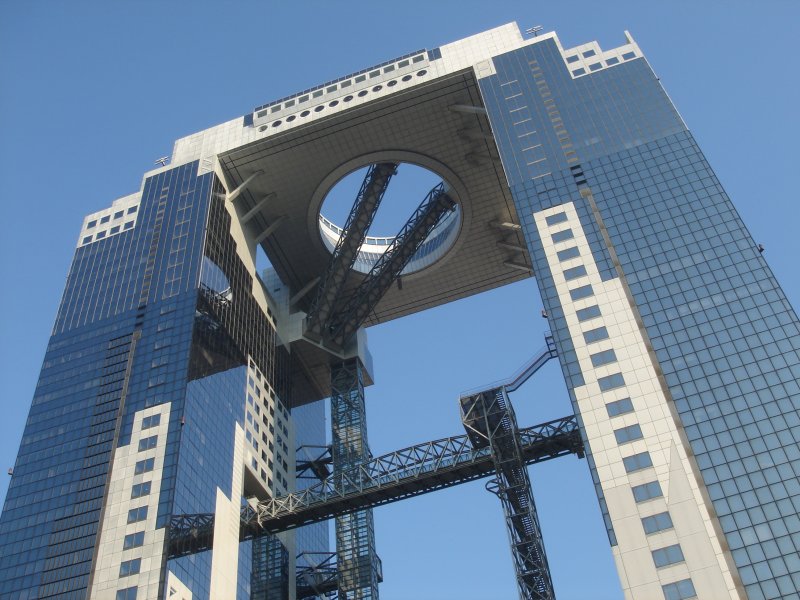 The Umeda Sky Building is a high rise with amazing views of Osaka and has two towers that are connected by the “Floating Garden Observatory.” 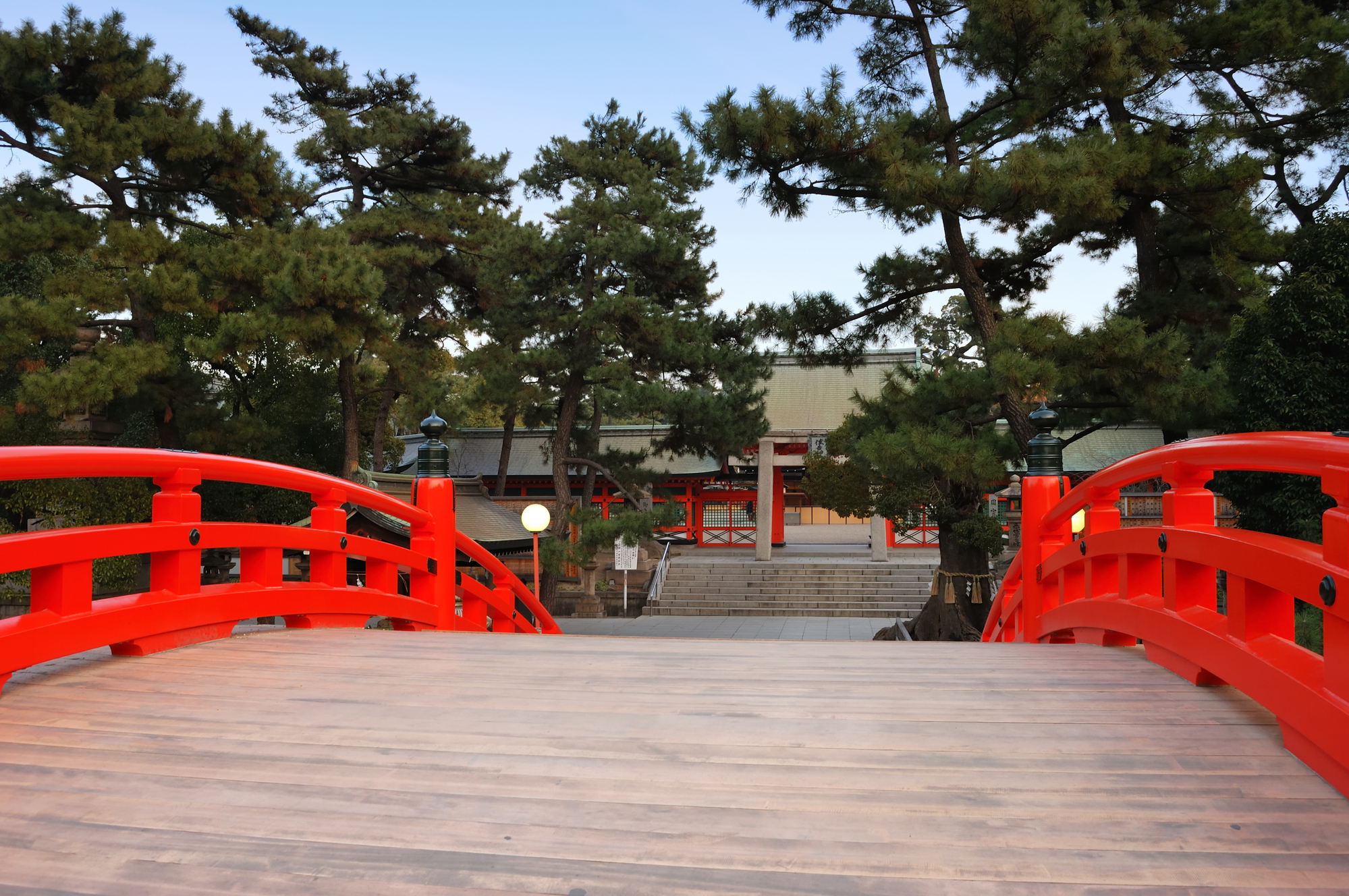 Sumiyoshi Taisha Shrine is one of the oldest shrines in Japan and is the head shrine for all Sumiyoshi shrines. 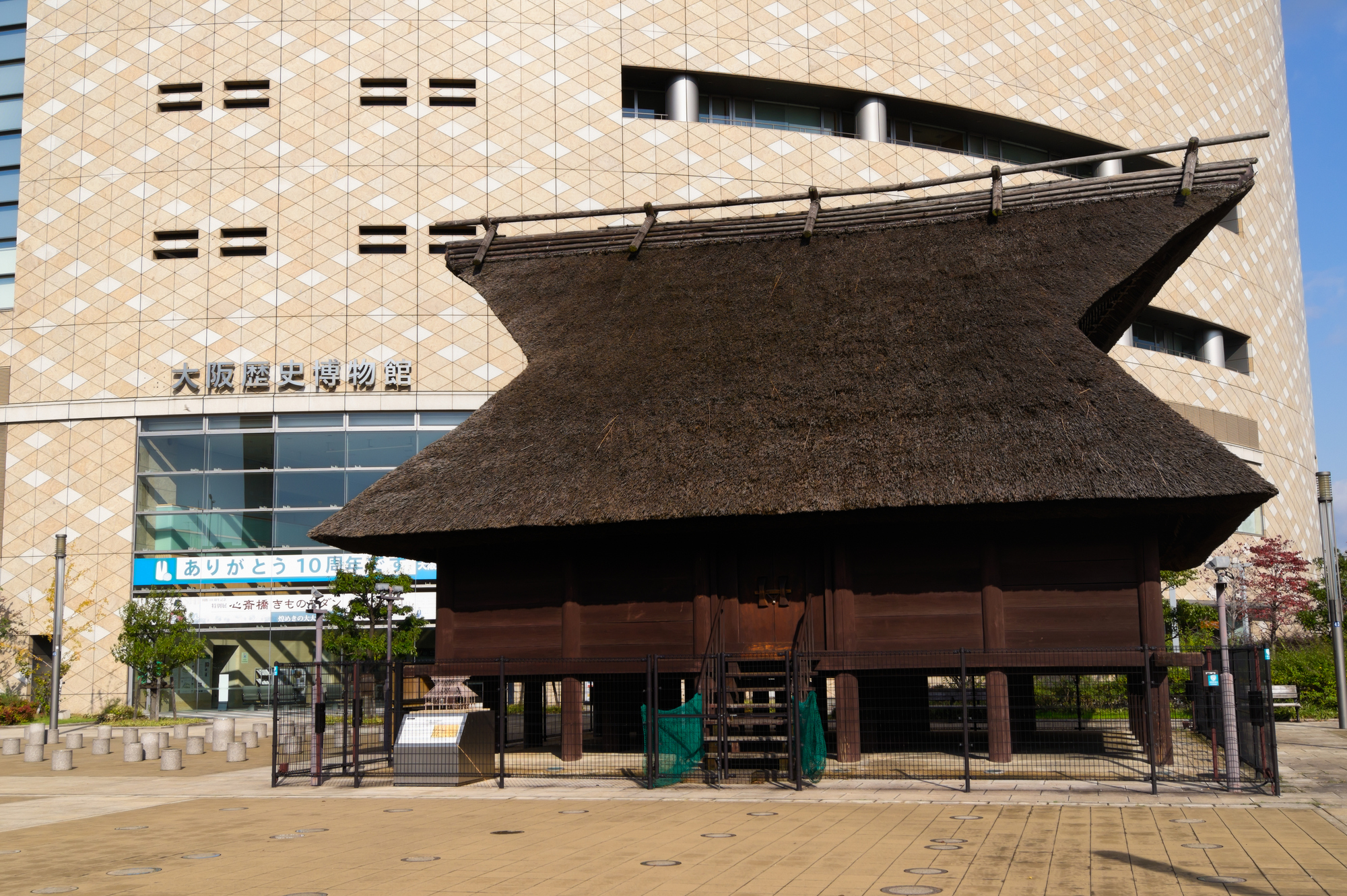 The Osaka Museum of History has large visual models depicting the history of the city. 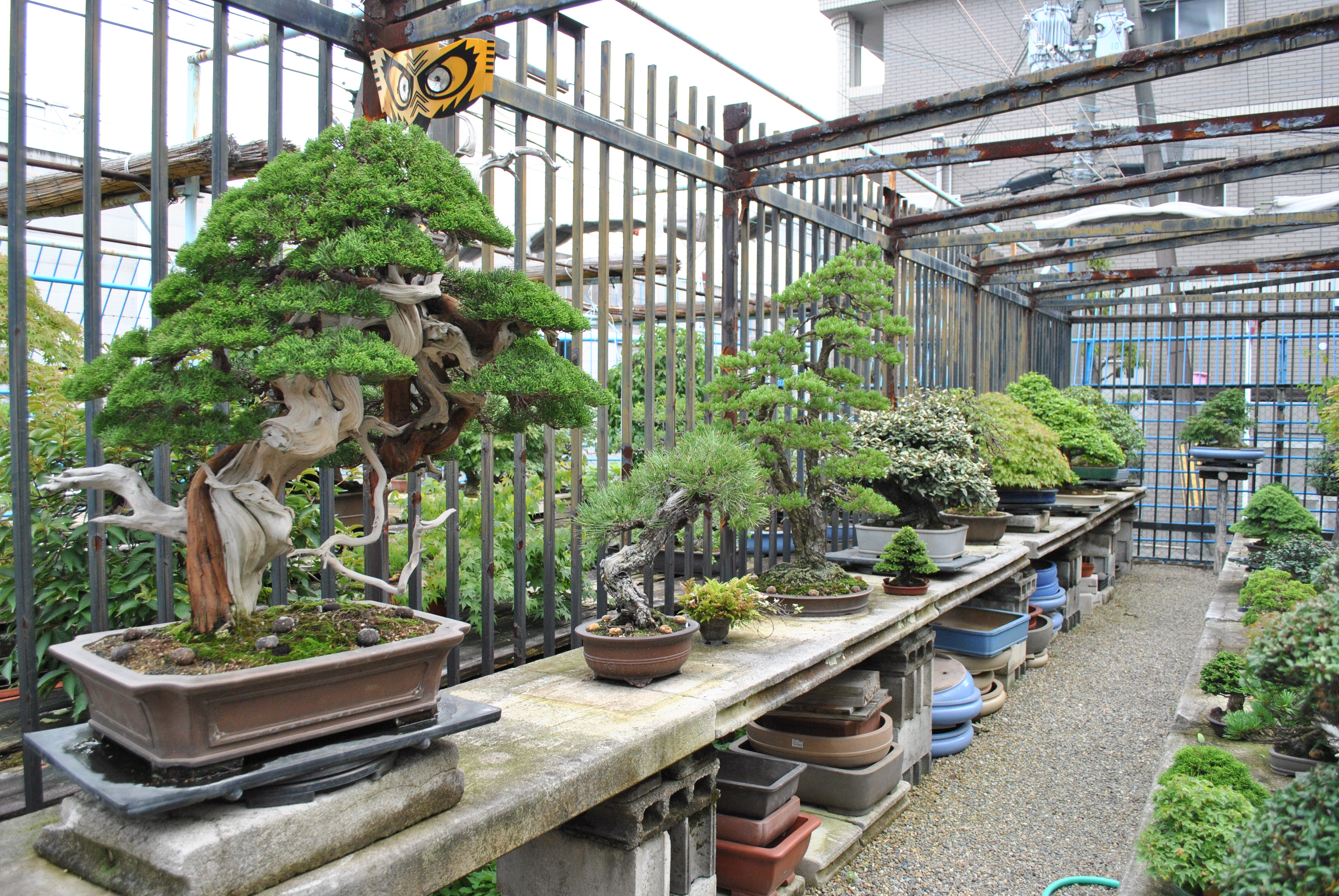 Fujikawa Koukaen is a bonsai nursery and a place for apprentices and students to practice their craft. 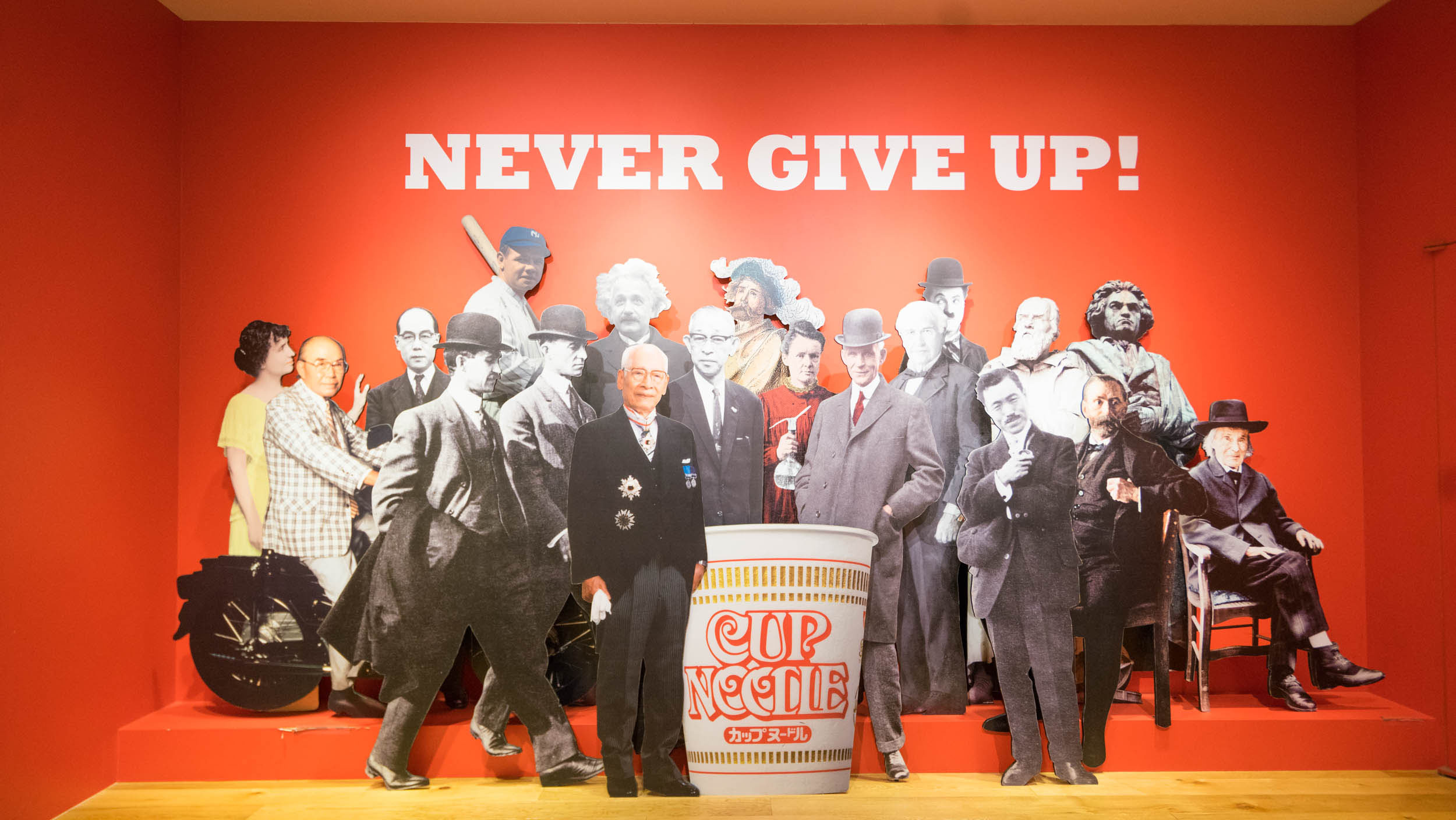 The Momofuku Ando Instant Ramen Museum displays the history of instant ramen and the inventor of the product. 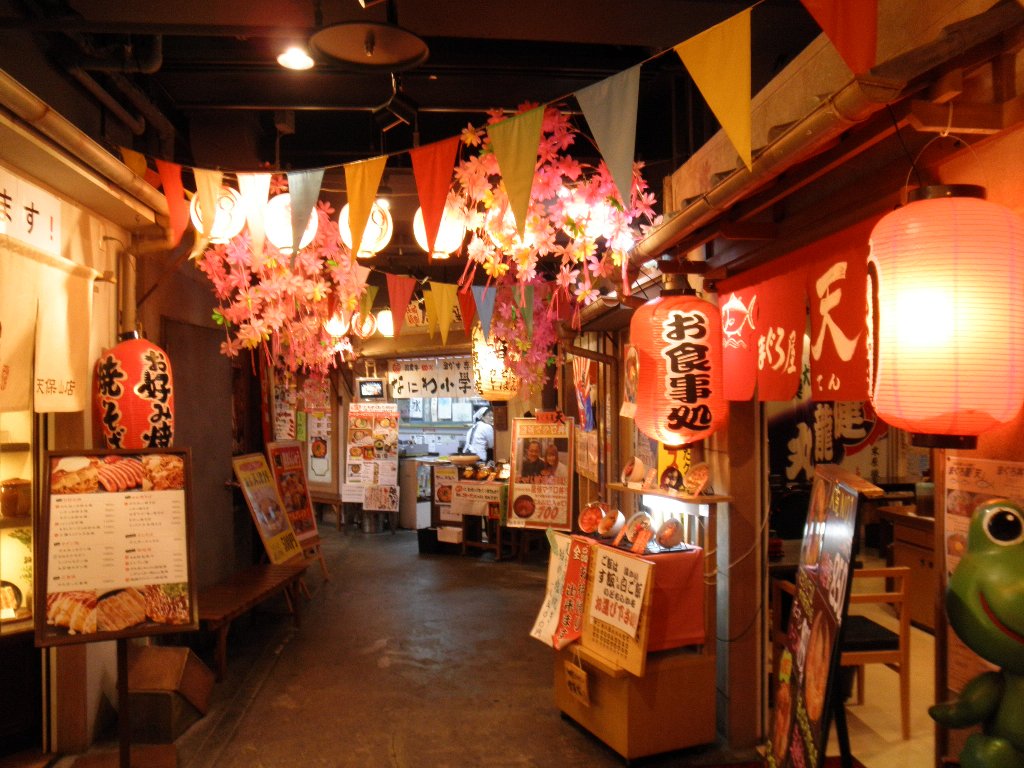 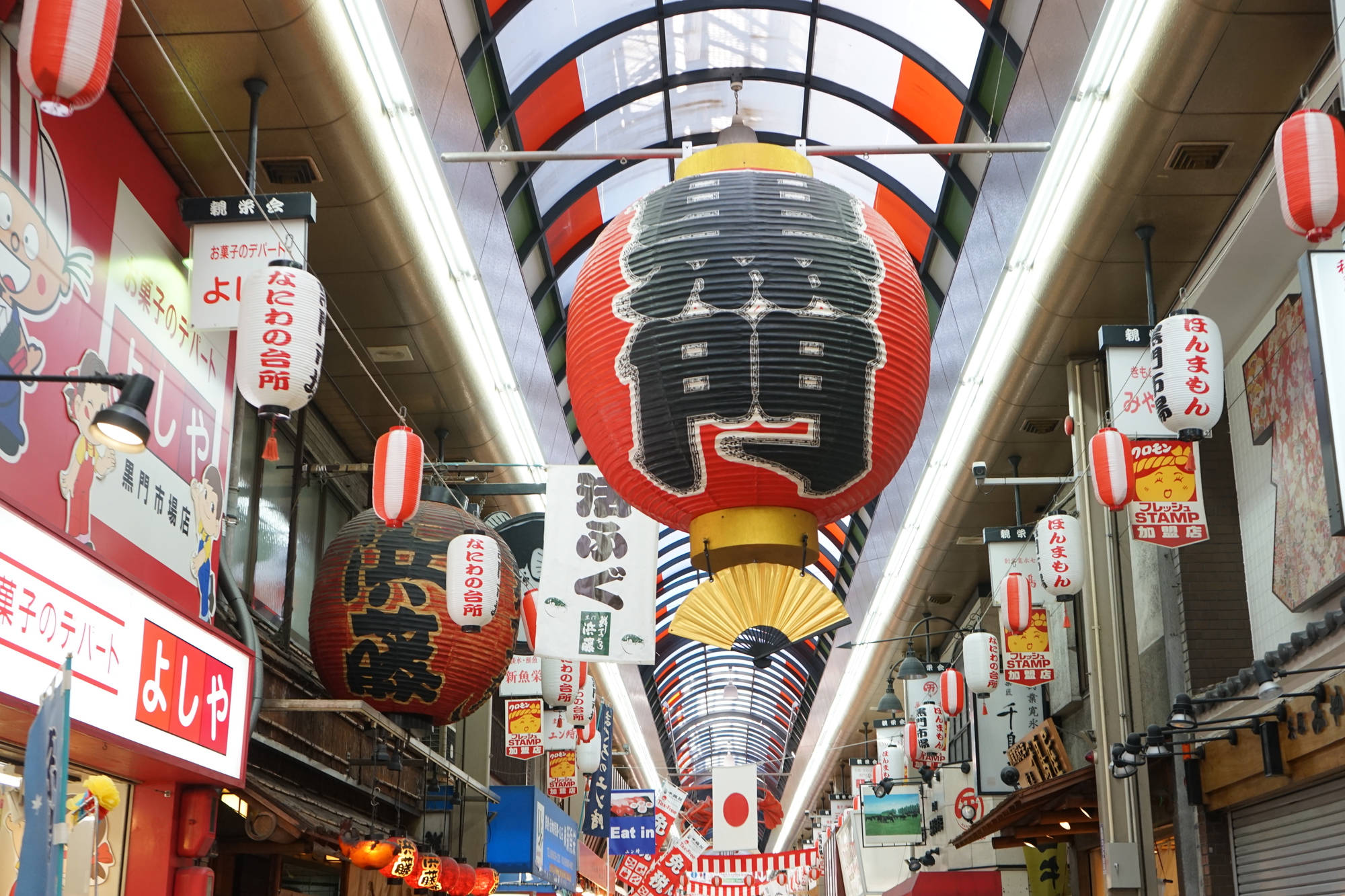 The Kuromon Ichiba Market is known as “Osaka’s Kitchen” and is a popular shopping alley.