Gunma Prefecture (群馬県, Gunma-ken) is over 100 kilometers away from Tokyo. Located in the northwestern part of the Kanto Region, Gunma Prefecture is known for its many hot springs. It is also in the center of the Honshu Island. The shape of the prefecture is said to resemble a crane flapping it spread out wings. Back in the 5th century there were no horses in Japan. When the breed was introduced to the area of Gunma Prefecture became the center for horse breeding. The large migration of horses from the mainland changed the military tactics of the time and replaced the traditions of fighting on foot.

The area of Gunma was once known as Kozuke during the Edo Period. When the Han system was abolished it was given the title Gunma. In 1876, Motohiko Katori became the first governor of Gunma Prefecture. Realizing the reality of an era where the focus went from a feudal mindset to commercial industries, Motohiko Katori proposed to bring in the silk industry in the area. This was to jumpstart the economy of Gunma by decreasing unemployment. There were already European interests in establishing a silk making factory somewhere in Japan. When Maebashi was declared the capital of Gunma it acted as the hub for the silk industry. The factory itself was built in Tomioka since it had all the resources necessary to produce high quality silk in mass. The Tomioka Silk Mill produced about 80% of the world’s raw silk by 1905. Tomioka Silk Mill was the first modernized silk factory in Japan, which helped it become a leader in the sericulture. The silk mill was later designated as an UNESCO World Heritage site.

Aside from silk, Gunma Prefecture is known as a popular hot spring stop. Within the prefecture there are over 200 onsen (hot spring) that people can use. Kusatsu, Ikaho, Shima, and Minakami are the four onsen areas of Gunma. There are a variety of water attributes, great flow rates and onsen culture that makes the prefecture be known as a hot spring country. Gunma is surrounded by many mountains as well as flat plains. Since there is an abundant amount of water in the area that is has been called “Tokyo’s Water Tank.” Gunma Prefecture has also been the inspiration for the mountain drifting in popular animation show Initial D. In Gunma Prefecture there is evidence of an ancient civilization existing before the Paleolithic Era. Multiple burial mounds have been discovered in Gunma. The most notable and largest are Hotoda, Yawata, and Shiroshi. These burial mounds are proof of a culture that existed prior to Yayoi period. 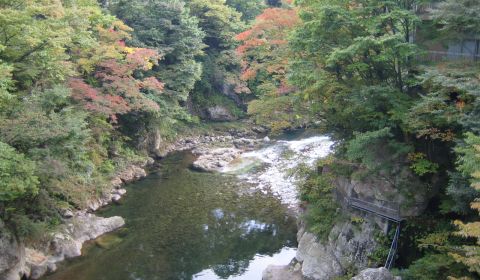 Minakami-onsen Hot Spring, located in the northern part of Gunma, is thought to have been founded in the 16th century. 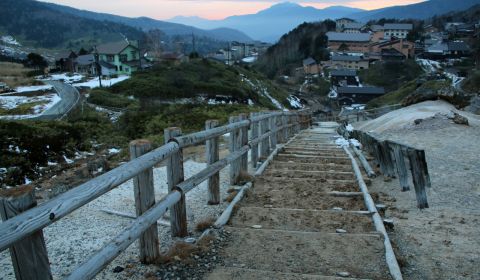 Manza Onsen is a hot spring resort located on the slopes of Mount Shirane and has the most sulfuric waters in Japan. 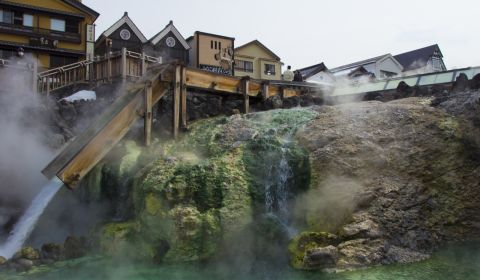 Kusatsu Onsen is located in the center of Gunma and is the most popular onsen in Japan. 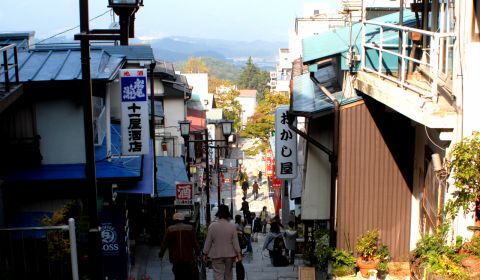 Ikaho Onsen is one of the four famous hot springs in Gunma and is known for their Golden and Silver water. 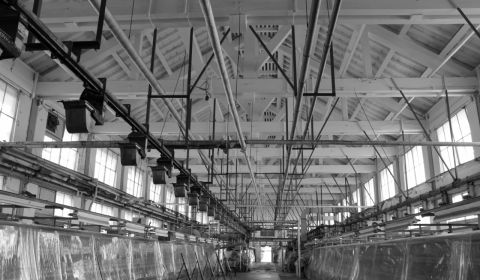 Tomioka was a town that once thrived as a mass producer of high quality silk.