Ibaraki Prefecture is home to one of the top landscape gardens in Japan, which is Kairakuen.

Ibaraki Prefecture is located in the north eastern part of the Kanto region. It is about 40 kilometers away from Tokyo. To the east of its borders is the Pacific Ocean. Inland of the prefecture is covered in nature and is located at the center is Mito City. Mito City is the capital of the prefecture and was a castle town that was ruled by the Mito Tokugawa family, which was a branch of the Tokugawa family. The second clan leader Mito Mitsukuni is well known in Japan because of the popular historical drama called Mito Komon. There is even an event held every year in early August known as the Mito Komon Festival. Mito is known for being the home of one of the top three landscape gardens in Japan called Kairakuen Garden.

The garden is famous for the three thousand plum trees of 100 different varieties located all over the area. In the northern region of Ibaraki Prefecture, you can find the famed Fukuroda falls. It is a waterfall that falls against four sections of rock formations. Another site that can be found in the northern region is the Hitachi Seaside Park. The park features a variety of flowers that bloom throughout the year. The most famous of the bunch are the 4.5 million baby blue-eyes flowers that bloom in April. Then in southern part of the prefecture is Mount Tsukuba, which is also known as shiho (purple crest). It is a mountain that is compared to Mount Fuji. In the olden times it was once said “Mt. Fuji in the west, Mt. Tsukuba in the east.” This means that the look of Mount Tsukuba rivals that of Mount Fuji. From dawn to dusk the color change of the Kanto plains resemble variations of purple. It has then been called the “Purple Peak of Kanto.” On the mountain there are over 1000 different kinds of plants that can be found in the area.

In an area called Rokko in Ibaraki prefecture you can find one of the oldest Shinto shrines in Kanto. The Kashima Shrine is known for enshrining the deity Takemikazuchi no Mikoto, who is known for being the god of martial arts and has been revered by the imperial family since olden times. Many kenjutsu (swordsmanship) styles came from the Kashima area and the distinguished sword master in Japanese history, Tsukahara Bokuden, was a frequent visitor of the shrine. You can also find the Kashima Soccer Stadium where three matches of the 2002 FIFA World Cup were held. In the city of Tsuchiura the annual All Japan Fireworks Competition is held. It is one of the three major fireworks competitions in Japan alongside Omagari and Nagaoka. The event is usually held in October and there are a variety of events occurring over the competition period. 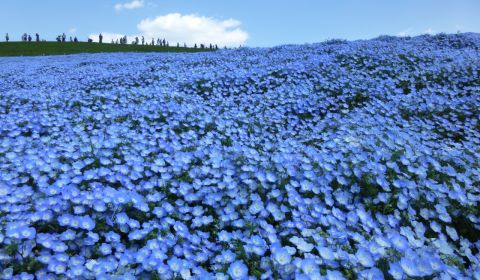 Hitachinaka is known for the 4.5 million baby blue eye flowers that bloom at Hitachi Seaside Park. 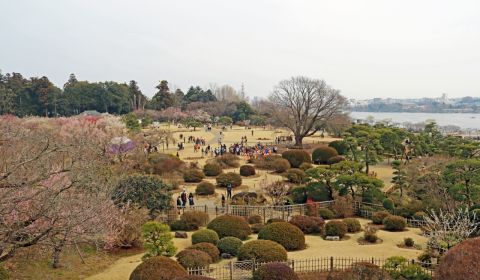 Mito is the prefectural capital of Ibaraki and is where the famed Kairakuen Garden is located. 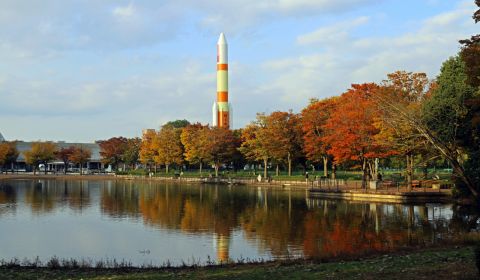 Tsukuba Science City, located about 60 km northeast of Tokyo, is segmented into the Research and Education District and the Suburban District.