Saitama Prefecture is located north of Tokyo and is the major food supplier for the metropolitan area.

Saitama Prefecture is one of the fastest growing prefectures in Japan. It is located to the north of Tokyo and is the main food supplier for the metropolitan area. Even though it is considered the suburban area of Tokyo, the prefecture is mostly made up of mountainous regions. Since the 1960s the population of the prefecture tripled because most of the residents commute to the big city for work. Saitama Prefecture was once part of the Musashi Province back in the 8th century. It is recorded that copper was found during this time in what is now the Chichibu District. With the discovery of copper, some of Japan’s first currency was created around this time.

In the Edo Period, there were many fudai daimyo that ruled various small domains in the prefecture. Fudai daimyo refer to people who were related to the vassals of the Tokugawa clan and were placed in charge of an area. Saitama prefecture has been historically known as a fertile agricultural region, which is why it was important to Edo (present day Tokyo). Saitama prefecture has an advantageous geographic location for business and living. It has become one of the main transportation hubs for not only people, but for companies as well.

Some notable destinations in Saitama Prefecture are worth the trip if you are looking to move away from the hustle and bustle of the city. In the prefectural capital, Saitama, you can find the major train hub known as Omiya. In that municipality you can go to The Railway Museum where previously used train cars are displayed. It shows the history of train transportation through the years in Japan. Another place to take note of is the Omiya Bonsai Village, where 5 masters reside. It is free to walk around and enter each bonsai garden, but please respect the rules as these are people’s home you are entering.

In Kawagoe, another city in the prefecture, you can find a street lined with kurazukuri, clay walled warehouses. The area is reminiscent of the Edo Period (1603-1869) with many shops and restaurants to try. There is even a street lined with nothing but candy shops in the area. There is also the Honmaru Goten the only surviving building of Kawagoe Castle. The castle was once the place where Ieyasu Tokugawa’s close allies once resided. In Chichibu there is a festival that happens at night every year on December 2nd and 3rd. Chichibu Yomatsuri is one of the top three festivals in Japan for floats. There is a fireworks display that last for more than two hours and gives visitors to see the display in the winter. North of Chichibu is a scenic town called Nagatoro. There you can join Arakawa River Cruises that will take you to the Iwadatami Rock formations. You can hike around the area or along the river banks that become very steep. 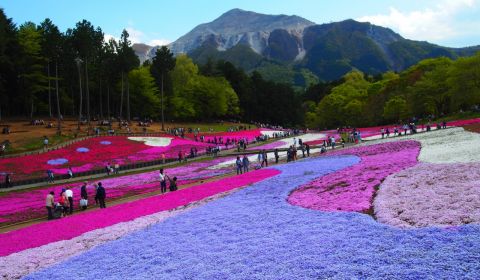 Chichibu has a night festival that is ranked as one of the top three for floats in Japan. 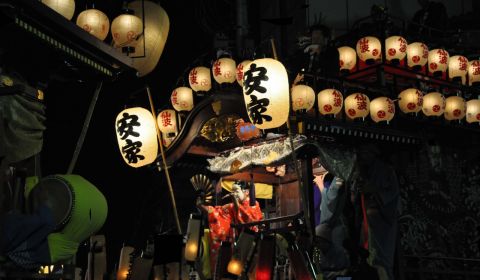 Kawagoe is known for the street lined with kurazukuri, traditional warehouses, which are reminiscent of the Edo Period. 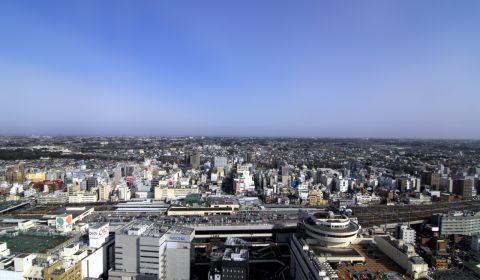 Omiya is a major transportation hub and commercial center located north of Tokyo.