A town famous for its associating with mythological sites from Shinto legends located in Miyazaki Prefecture, Japan.

Takachiho is a town located at northern tip of Miyazaki Prefecture bordered by Kumamoto and Oita Prefectures. This town is deeply associated with Japanese Shinto mythology with many spiritual power spot locations attracting thousands of local visitors each year. Public transportation in this small town is rather inconvenient, thus most tourists rent cars or electric bicycles as a way to explore the area. Known throughout Japan as the site where the sun goddess Amaterasu, hid inside a cave in order to escape the teasing from her brother Susanoo. Without sunlight, life on Earth started fading away, more than 800 deities of Shinto gods tried to persuade Amaterasu to come out of hiding. Finally it was the work of a silly dance by fellow god which lured the goddess out of hiding. The Amano-iwato Shrine is located close to the cave in which locals refer to as the cave Amaterasu hide at in the mythological stories. While at the Takachiho Shrine, Yokagura dances are performed every night with traditional clothing and instruments, playing out 33 stories of events from Japanese mythology. The most famous would be the silly dance performed by The Goddess Amenouzume in order to lure out Amaterasu from hiding. Travelers can definitely gain more insight about Japanese mythology along with many of its power spot for a spiritual experience in Japan.

Things To Do in Takachiho 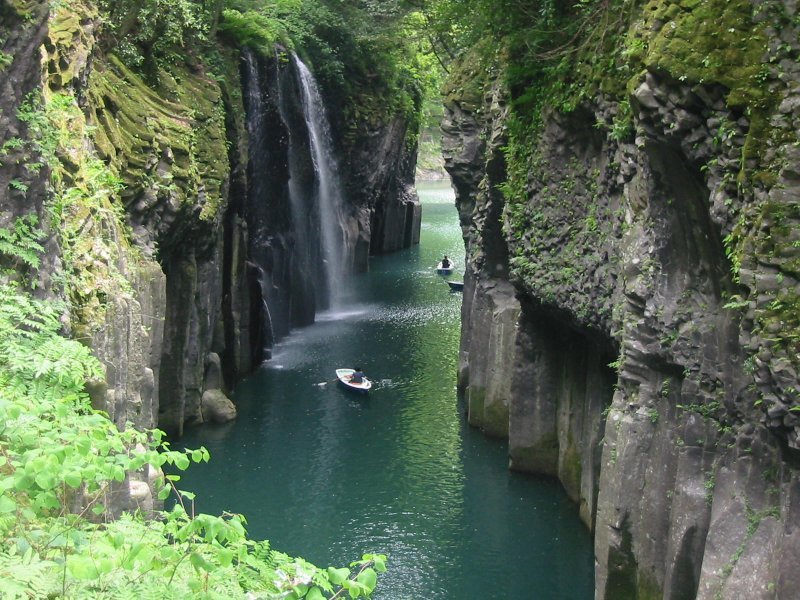 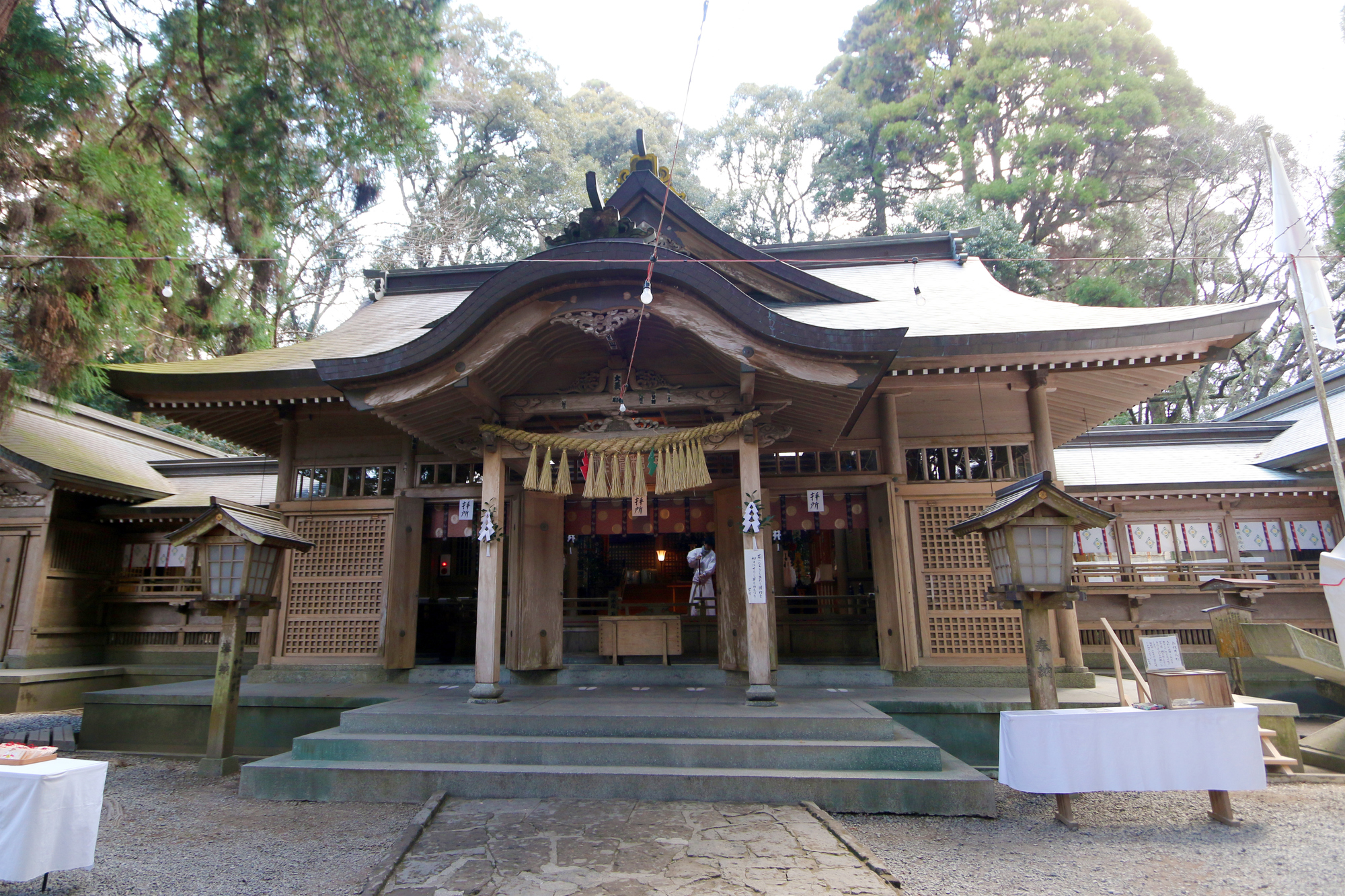 The venue for Yokagura performances most famous for the story of Amaterasu hiding in a cave causing worldwide darkness from Japanese Mythology. 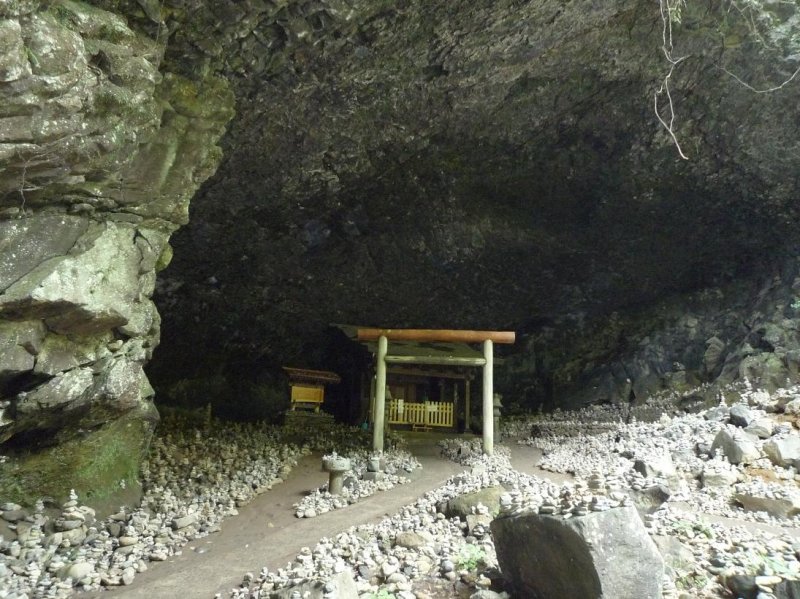 A power spot by the Iwato River close to the cave associated in Japanese Shinto mythology where Amaterasu hid from her brother Susanoo. 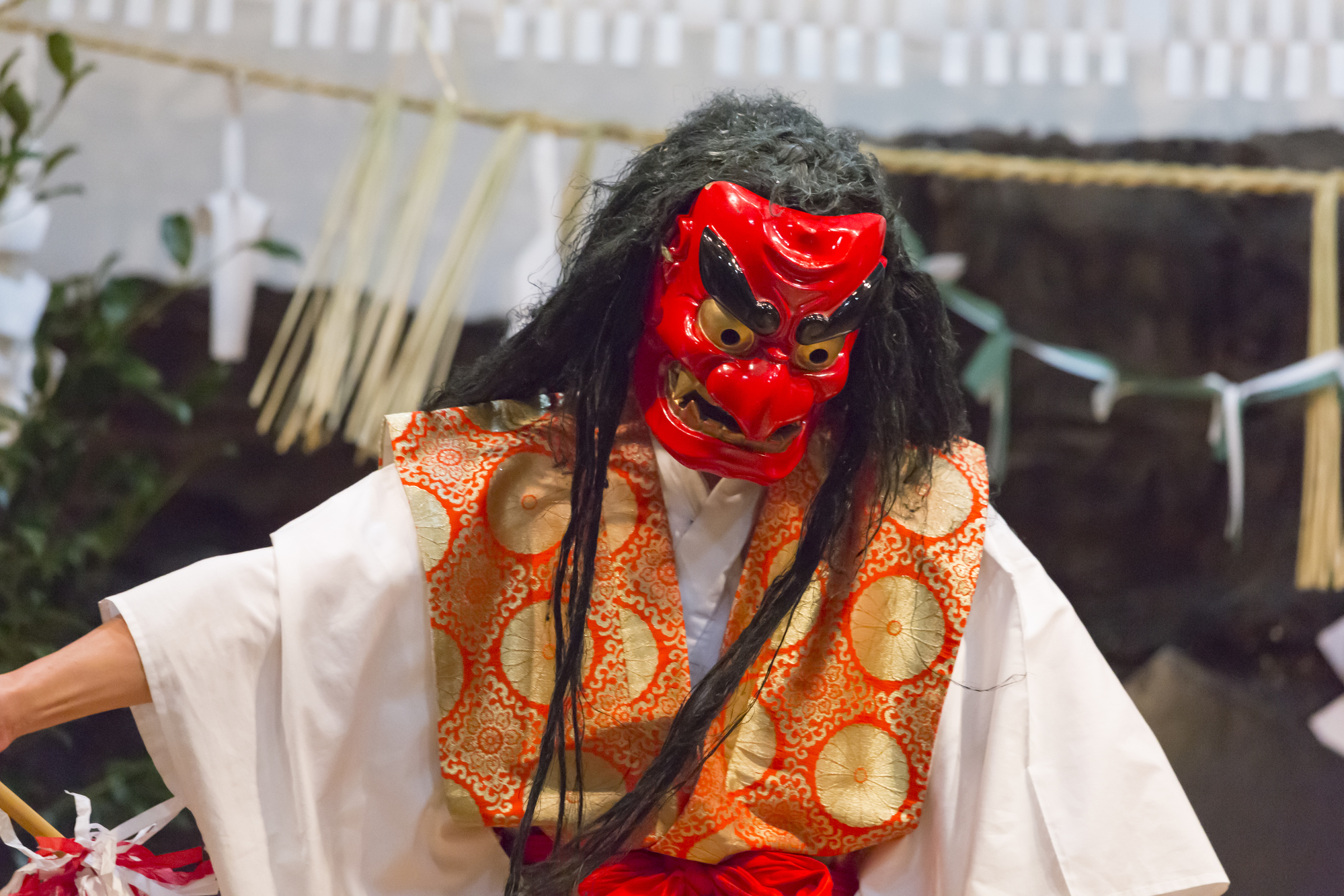 Takachiho is known for the legend of the sun goddess hiding herself in a cave and thus taking the world’s sunlight with her.