Tsushima is the largest island in Nagasaki. It is located in the Genkai Sea about 132 kilometers north of Fukuoka Prefecture.

At 709 square kilometers, Tsushima is the largest island in Nagasaki. It is located in the Genkai Sea about 132 kilometers north of Fukuoka Prefecture. The mountains are hard to navigate, and it takes about three hours to to drive from the northern edge of the island to the southern edge.

Tsushima Island first appeared in historical writings around the 3rd century in the "Gisho (Book of Wei)" recorded in the Chinese "Sangokushi (Three Kingdom Saga)." "Tsushima-no- kuni" was first described as one of the countries of "Gikoku" (later Japan); it was also the point connecting Japan to the Asian mainland because of its proximity to the Korean Peninsula. During the Edo Period, Tsushima belonged to the Tokugawa Family as a feudal domain of 100,000-goku (income rating). While people traveled to and from Edo, Tsushima was also a diplomatic outpost, where Korean messengers were often received during Edo's period of national isolation.

Mountain forests cover 89 percent of the island, and there is much flora and fauna native to Tsushima. The island is a great destination for nature lovers. You can enjoy many nature-related activities, including: 1) sightseeing in the Aso Bay area, with its endless blue sky and calm ria seashore, and visiting the Manzeki Observation Deck and Mt. Enboshi-dake, 2) kayaking in the clear sea and visiting the deserted Myoban-jima Island, 3) trekking to the summit of Mt. Shira- take, which has been honored as a sacred mountain since ancient times, and 4) bird-watching anywhere on the island. There are also many good natural harbors along the ria shoreline surrounded by reefs. These harbors are famous as spots where you can catch fish all year round and attract a large number of fishing enthusiasts.

There are many things only Tsushima can offer, such as the Korea Observation Site in Kami-Tsushima Town that is popular with both Japanese and Korean visitors, or the Tsushima Wildlife Conservation Center in Saozaki-koen Park where the Tsushima leopard cat, which has been designated a Class 1A National Endangered Species, can be seen.

Things To Do in Tsushima 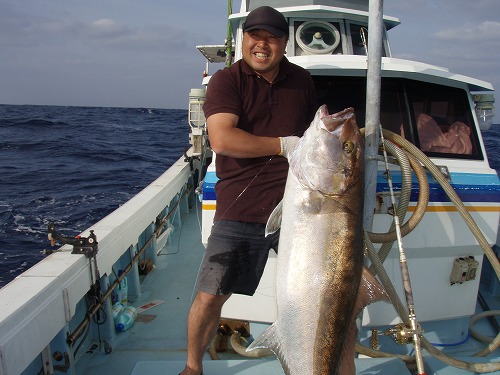 We have knowledge on Japan fishing, our team of fishing specialists will provide you with top level fishing charter & guide service.