Tokushima Prefecture is located on the eastern coast of Shikoku Island known for its agricultural productivity, natural parks and scenery, as well as the largest dancing festival of Japan. Temples in Tokushima also attract worshipers from all over the world to travel along the Shikoku Pilgrimage route with a total of 88 temples that are associated with the founder of Shingon Buddhism. This month long journey which starts from Ryozenji Temple, stretch along all four prefectures of Shikoku following along the footsteps of Kobo Daishi known in Japan as Kukai. While the remote mountainous scenery at the Iya Valley offer guests a stroll in nature on the Oku-Iya Kazurabashi, which are suspension bridges made from vines, a vital way to cross the rivers in the past. At the Oboke Gorge, guests can view the Iya Valley on boat rides along the Yoshino River. Rice fields along the shores of Yoshino River are just one of the agricultural products along with cauliflower, lotus roots and carrots. Other popular tourist locations include the Otsuka Museum of Art, Naruto Whirlpools and the Awa Odori Kaikan.

The Otsuka Museum of Art in Naruto is regarded as one of the largest Art Museums in Japan featuring life-size reproductions of western art masterpieces. Thousands of ceramic plates are used as the base, infused with colors, a method used to preserve the western artwork at Otsuka Museum. Sightseeing cruises offer a look at the natural wonders of Naruto with the natural occurrence of the whirlpools available at different times of the day. Finally, visitors can learn about the largest dance festival in Japan and enjoy the performances at the Awa Odori Kaikan. A wide variety of pictures with costumes and instruments used in this 400 year old traditional festival offer guests a better understanding of Tokushima Prefecture with its festive culture. 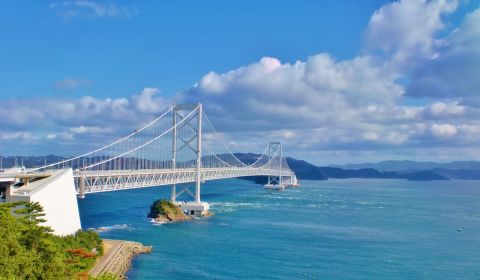 The northeastern city of Tokushima Prefecture known for the Naruto Whirlpools along with the Pilgrimage Temples of Shingon Buddhism and varies museums. 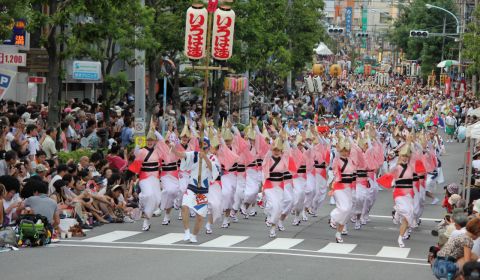 The prefectural capital of Tokushima Prefecture known for the Awa Odori Festival. 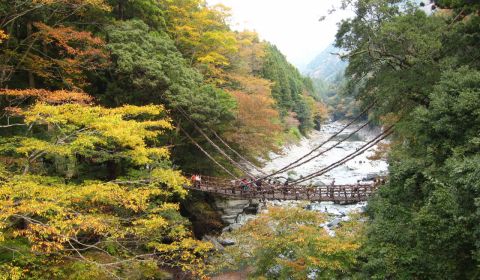 A popular hiking spot and hidden gem deep within the heart of Shikoku Island offering many of Japan’s most traditional cultures and lifestyle.