The prefectural capital of Tokushima Prefecture known for the Awa Odori Festival.

Tokushima city is the prefectural capital of Tokushima Prefecture as well as the most populated city known world-wide for the Awa Odori festival. This festival with 400 years of history is said to have been the result of a drunken celebration for the newly constructed Tokushima Castle. During the Obon season in August, around one million visitors both domestic and international, crowd this city of 260,000 to dance alongside one another. Although the Tokushima Castle was dismantled during the early Meiji Period, with the last gates of the former feudal fortress for the Hachisuka clan destroyed by the bombings of World War 2, many visitors can still experience the atmosphere of this once vibrant castle town of Tokushima Prefecture. The rock gardens of Omote Goten Garden is the only part of the castle which is still intact, offering guests a view once used to entertain both guests of the social elite, as well as the members of the Hachisuka clan. The most popular facility located at Tokushima city enjoyed by foreign visitors from all over the world, is the Awa Odori Kaikan. A wide variety of pictures with costumes and instruments used in this 400 year old traditional festival offer guests a better understanding of Tokushima Prefecture with its festive culture. Visitors can also enjoy the Awa Odori performances at different times of the day within this location, perfect for travelers who visit Tokushima during non-festive months of the year.

Things To Do in Tokushima City 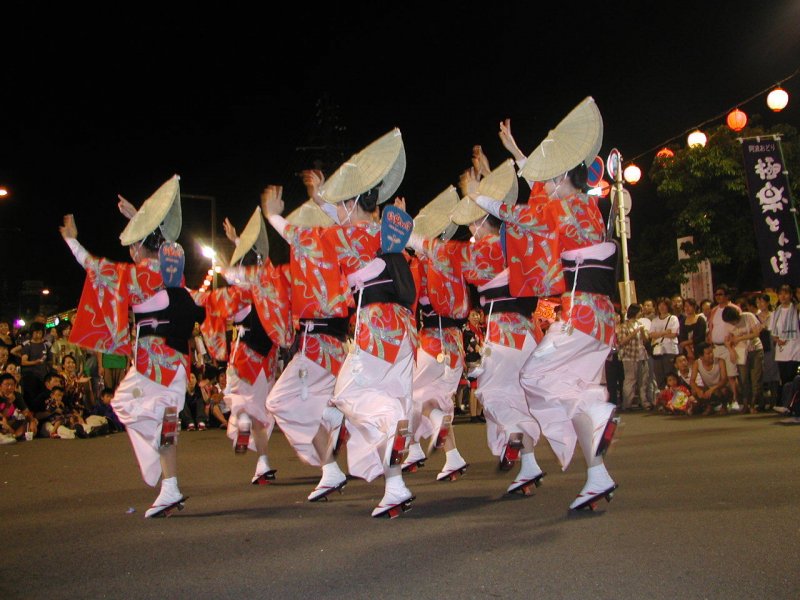 One of the largest dance festivals in Japan celebrated in Tokushima Prefecture, Shikoku Island.