Akita Prefecture faces the Sea of Japan and is the culmination of combining the ancient provinces of Dewa and Mutsu.

Akita Prefecture (秋田県, Akita-ken) is located in the northern Tohoku region and rests on the coast of the Sea of Japan. It is bordered by the Aomori, Iwate, Miyagi and Yamagata prefectures. The prefecture is listed as the 6th largest in Japan based on surface area. It is said that Ono no Komachi, a famous waka (Japanese poem) poet, was born in the area where Yuzawa City currently resides. She is renowned not only for her writing, for her unparalleled beauty. During the Heian period in the Imperial Court beauty was defined by refinement, elegance and sensitivity. It was mostly expressed through poetry and Komachi was great enough to be named one of the Rokkasen, the six best waka poets, and Sanjurokkasen, Thirty-Six Immortals of Poetry. She had such an impact on society that the term Akita Bijin (beautiful) used Komachi as the standard. They say that Komachi had white skin, round face, straight brow, double eyelids, small nose and small mouth with full lips, which are the qualities that define an Akita Bijin. One of the Shinkansen (bullet train) was voted to be named after Komachi since it is the one that goes to Akita from Tokyo. In her hometown there is an annual festival on the second Sunday of June where the seven most beautiful women in Yuzawa City are picked to dedicate an Ono no Komachi poem to her shrine.

Speaking of festivals, there are many happening year round in Akita prefecture. Namahage Festival happens on New Year’s Eve where men in groups descend the mountain with demon like wooden masks draped with straw while wielding a fake deba knife to scare the lazy and bad kids at their homes. The Yokote Kamakura Festival in February is where igloo houses are made. Inside of these igloos are shrines, grass mats and grill for people to make food, but meat is not allowed to be cooked within the igloo. The Kanto Lantern Festival is meant to be a prayer for a good harvest by hoisting up large racks of lanterns on bamboo pole, which can weigh up to 50 kg. The Kakunodate Festival happens in September and centers on the Shinmei-Sha shrine. There is a procession and traditional dances in preparation of the oyamabayashi. The oyamabayashi is when the floats collide with one another on the streets and it is a tradition that has existed for over 350 years. On the 4th Saturday of August is the Omagari Japanese Fireworks Competition where pyro technicians come from all over Japan to showcase their fireworks that took a year to make. It attracts hundreds of thousands of spectators who watch the firework artists launch their work into the night sky. 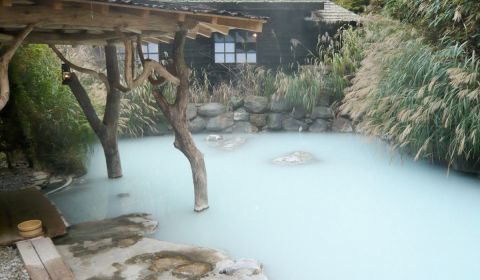 Nyuto Onsen is a collection of ryokans (Japanese traditional inns) with hot springs unique to their establishment, which is located in the Towada-Hachimantai National Park. 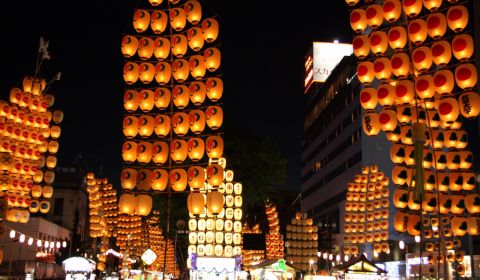 Akita is the city capital of the Akita Prefecture and is located in the northern Tohoku area. 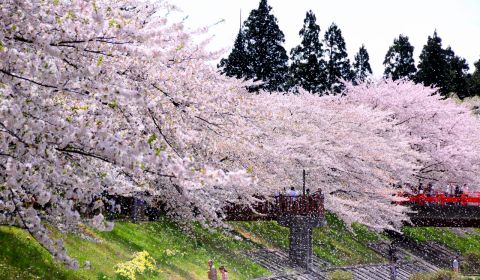 Kakunodate is a former castle town that was first built in the Edo Period when Yoshikatsu Ashina became lord of the area. 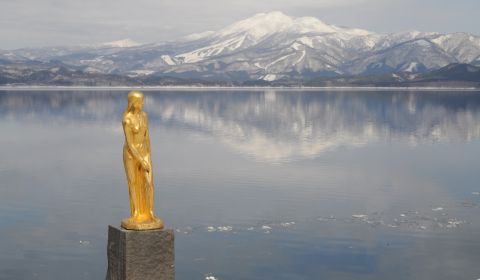 Lake Tazawa-ko, a crater lake situated almost in the center of the eastern part of Akita Prefecture.

Yokote is a city located in Akita Prefecture.