Kakunodate is a former castle town that was first built in the Edo Period when Yoshikatsu Ashina became lord of the area.

Kakunodate (角館) was first founded in 1620 by Yoshikatsu Ashina who was one of the retainers of Lord Yoshinobu Satake. The town was built north of Kakunodate Castle, which was situated at the top of Mount Furushiro. Kakunodate was built as a military stronghold because it was strategically constructed to be surrounded by three mountains and Hinokinaigawa River to the south for defense. The layout of Kakunodate can be broken up into two districts. The northern district is where the samurai built their homes in the Uchimachi or Inner Town. The southern district was occupied by townsfolk and merchants, which is also known as Tomachi or Outer Town. In the center is the “Firebreak” plaza that distinctively separates the two areas. Kakunodate Castle was to act as the mountain fortress, but when the Tokugawa Shogunate issued the one castle per domain rule the structure was discarded. Nothing remains of the castle today, but it is still a beautiful spot to see the entire city.

Back when the city was developing, 80 samurai families made large residences in the northern district, which are still there today. Many of them are occupied by the descendants of the samurai and only 5 of them are open to the public. These houses can be spotted by the black fences marking the perimeter of their estate. With the lack of damage from any of the wars Japan was involved in, Kakunodate was able to maintain its Edo period landscape. Kakunodate is not only famous for its well preserved samurai district it is also known as a top cherry blossom viewing spot. There are over 700 weeping cherry trees (shidarezakura) all over the city and many of them are lined up by the Hinokinaigawa River and down the samurai dori (street). It is said that the trees were brought to the area over 350 years ago from Kyoto. It can also be one of the reasons why Kakunodate is referred to as “Little Kyoto.” The merchant district is a notable area, but is widely unknown by tourists.

Festivals in Kakunodate are almost as old as the city itself. Many of the festivals in Japan tend to lack the reverie to a deity. The Oyama-buttsuke also known as the Kakunodate Festival keeps the simple religious beliefs of waiting and revering the deity with fierce events. From September 7 to 9 dashi (floats) are pulled by the young men through the town with performances following suit. The traditional dances perform to the sound of Akita folk music. If the floats ever cross paths then a collision ensues to determine, which one has the right of way. It is a tradition that has continued for over 350 years and is a wonderful event to witness. There is also the Fire and Snow Festival, also known as Hiburi Kamakura Festival, held on February 13 to 14, which is a purification ceremony. The participants swing a bundle of rice straw around their body to ward off evil spirits and wish for a healthy new year. It is recommended to wear something over your head to prevent the embers from landing directly on top.

Things To Do in Kakunodate 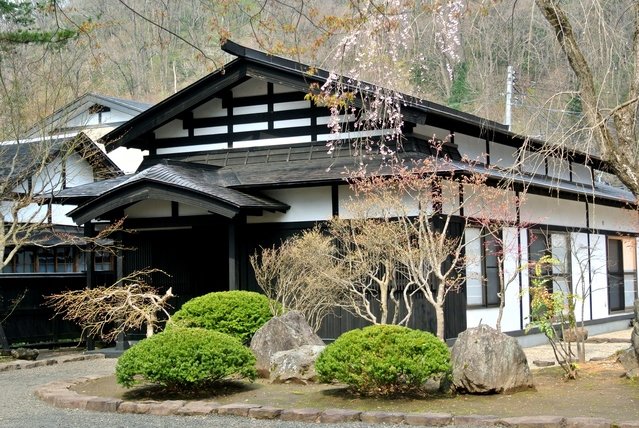