The Aomori Prefecture is the northernmost area of the Honshu Island and is mostly known for its beautiful nature.

The Aomori Prefecture (青森県, Aomori-ken) is located on the northernmost tip of Honshu. Before the Meiji Restoration happened, the area was known as the northern part of the Mutsu Province. Its name was founded during the Edo period in 1624 when the Hirosaki clan built a seaport in Mutsu Bay where Aomori City is currently located. Mutsu Bay is noted for its axe like shape, which the Shimokita Peninsula forms. The green wooden area known as aoi-mori surrounds the port and was used as a landmark by the ships coming in. This is where the name Aomori derives from, but before the Edo period it was called Uto.

Aomori Prefecture is surrounded by three bodies of water which are the Tsugaru Strait to the north, Pacific Ocean to the east and the Sea of Japan to the west. Studies have shown that Aomori’s landform base was created in the Paleozoic, Mesozoic and Cenozoic Era. The area of Aomori first started at the bottom of the sea and was brought up by continuous volcanic activities from the Mesozoic Era. There is evidence showing that the volcanic rocks from the eruptions were used to make stone tools. This is also evident in the earthenware of the Jomon culture. Traces of the Ice Age can be found in the Shirakami-Sanchi, which is a World Heritage Natural Site, like various plants. Another place of historical value is the Sannai-Maruyama site, which is a large archaeological site with structures dating back to the Jomon period. A great amount of materials like earthenware and stoneware have been unearthed at the location.

Aomori Prefecture is known for its beautiful nature like Lake Towada. Lake Towada is a caldera with deep blue waters, which is dotted by several small islands. The water from the lake flows into the Oirase Gorge where many majestic waterfalls are scattered about the path. The Ou Mountains that run from north to south divide the prefecture, giving the east and west very different climates. In 1877, the apples in Aomori Prefecture were the first to be cultivated in Japan. Today, after overcoming many hardships, it is now the number one area for apple production. The apples are grown in the west along with rice, while the eastern side focuses on dry grains and potatoes. Throughout the seasons many festivals are held all around the Aomori Prefecture. The most known festivals are Nebuta Matsuri in Aomori, Neputa Matsuri in Hirosaki, Iwaki Oyama Pilgrimage in Hirosaki city and Hachinohe Enburi in Hachinohe. 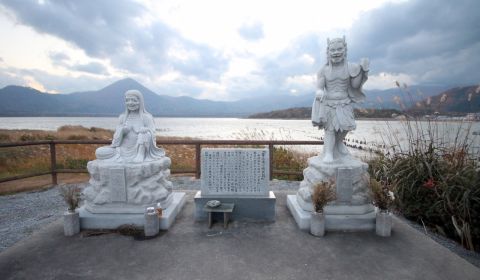 Shimokita Peninsula is located on the northernmost tip of Honshu and is noted for its axe like shape. 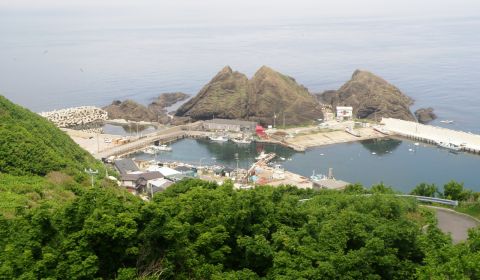 The Tsugaru-hanto Peninsula is situated in the northwestern part of Aomori. 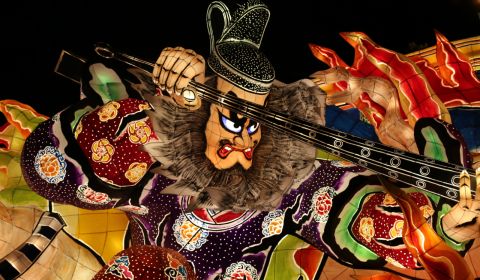 Known as the connecting town to Hakodate, Aomori offers activities from museums to hiking. 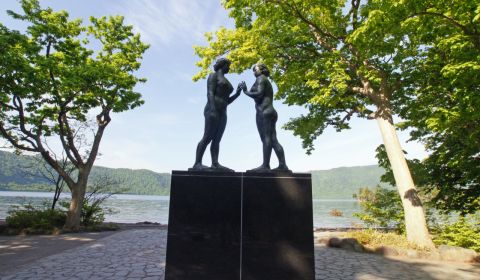 The local attractions that many visitors come to experience include the Towada-Hachimantai National Park, the Oirase River, or the Towada Art Center. 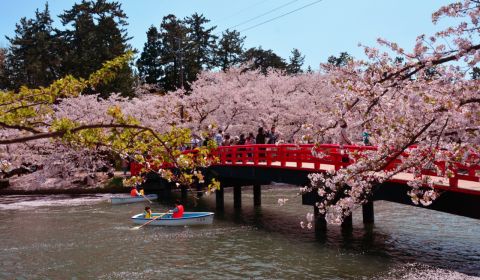 Hirosaki is known for its samurai district dating back to the Heian period, Hirosaki Castle, 2,600 cherry blossoms and abundant apple orchards. 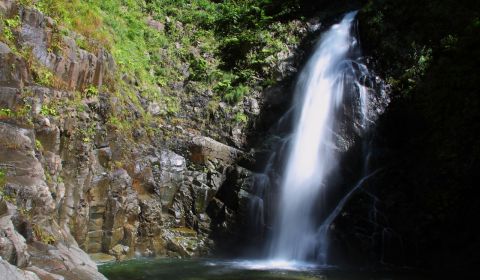 The Shirakami Sanchi is inscribed in UNESCO’s World Natural Heritage Site that covers an area from Aomori to Akita Prefecture.