The Shirakami Sanchi is inscribed in UNESCO’s World Natural Heritage Site that covers an area from Aomori to Akita Prefecture.

In 1993 the Shirakami-Sanchi Mountain Range (白神山 地, Shirakami Sanchi) was inscribed in UNESCO’S World Natural Heritage Site. The Shirakami-Sanchi mountain range covers 130,000 hectares, which reaches both the Aomori and Akita prefectures in the northern Tohoku region. On the eastern side it is bordered by the Tsugaru Quasi-National Park. It is a primeval beech forest, which was abundant in Japan until World War II when many of the trees were cut down because beech was not useful as lumber. This makes the Shirakami-Sanchi one of the last natural beech forests in East Asia today. This can be due to the fact that continental glaciation did not happen in the area two million years ago. The remnants of the beech forests have covered the hills of the Shirakami Sanchi for eight to twelve thousand years. Some of the things to do in the Shirakami-Sanchi are traversing through the various hiking trails that go to different parts of the forest.

The most popular hike is to the Anmon Falls where it is located on the northeastern side of the mountain range. Anmon Falls refers to a set of three waterfalls that are 90 minutes into the valley from the trailhead; however, this trail is closed from late November to late April. Another trail people can venture into is the Juniko, Twelve Lakes, which are a collection of small lakes and ponds that are connected by hiking trails. Even though the name translates to twelve lakes there are actually 33 lakes and the trail goes to the biggest ones. In this area you have the opportunity to do a scenic hiking trip and camp around the lakes while going fishing or boating. The Aoike pond in the Juniko has blue water that seems unnatural, which is not the case, and gives a bewitching atmosphere. The pond’s blue color changes to different shades, which depends on the light levels making it an even better attraction.

Near the entrance to the Juniko is the Nihon Canyon. It is like the Grand Canyon, but on a much smaller scale with walls of vibrant brown and grey. The Juniko and Nihon Canyon are not accessible from late November to March. The best season to go to these places is in the summer when the water in the rivers are plenty or in the autumn when the leaves are tinted in red. There is a 33-meter waterfall called Niogataki. It is said that when it is freezes it will look like hay stack (Nio). There is a belief that depending on the size and shape of the frozen falls will determine whether it will be a good or bad harvest. The Niogataki Waterfall Ice Festival continues the tradition of Shinto prayers and ritual divinations during the festivities as well as having live performances.

Things To Do in Shirakami Mountains 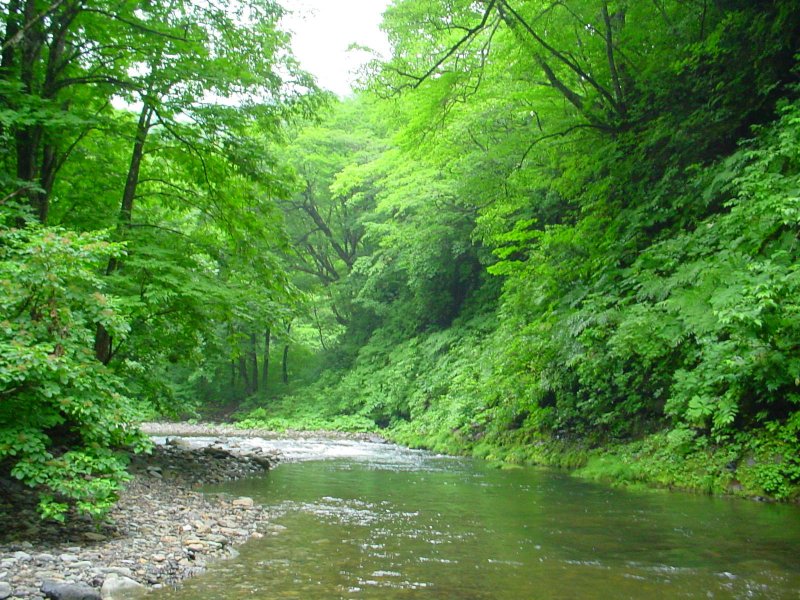