Morioka is the capital of Iwate Prefecture and is known for their various noodle dishes like Wanko Soba.

Morioka is the capital of Iwate Prefecture and is situated in an area where three rivers confluence. The Kitakami, Shizukuishi and Nakatsu are the rivers surrounding Morioka. The Kitakami River runs north to south through the city and is the longest in the Tohoku region. In the background of the city is the active volcano Mount Iwate. One of the best places to see the mountain is from Kaiunbashi Bridge in Morioka. Mount Iwate is considered one of the 100 Most Beautiful Mountains in Japan. Ishikawa Takuboku, a famous young Japanese poet, went to middle school in Morioka. Takuboku used to skip classes to go to the nearby Morioka Castle Site Parks where he would read books. A memorial plaque is dedicated to him with a poem by him that translates to “Lying on the grass of Kozuata’s palace staring up at the sky, the heart of being 15.”

There are three rocks that are wrapped with a giant roped, which is used in Shinto purification ceremonies. It is said that these three rocks were flung from Mount Iwate and are considered sacred. These huge rocks are referred to as the Mitsuishi god and are mentioned in folklore about Rasetsu. The evil demon Rasetsu terrorized the village and travelers in the area and one day the villagers prayed to Mitsuishi to stop the menace. Mitsuishi answering the prayers of the villagers pinned Rasetsu to the boulders with rope. Rasetsu, scared, promised to never hurt the village and as proof, left their handprints on the boulder. Today, on rainy days, you might see the handprint on the surface and that is where iwa (rock) and te (hand) comes from. As a celebration for the demon being punished, the locals danced around the rocks rejoicing. It could be said that this was the beginning of the Morioka Sansa Odori Festival, which happens on August 1 to 4. It is a parade that consists of three parts, which are taiko drummers, flutists and dancers. This festival is in the Guinness Book of Records for having the largest taiko drum festival in the world with over 10,000 drummers. The Morioka Sansa Odori Festival is considered one of the Five Great Festivals of Tohoku.

Morioka is also famous for the different types of noodles they have. The most famous one is Wanko Soba, where they put one bite worth of noodles in a small bowl. The Kozukata Castle, which will later be renamed to Morioka Castle, was built by the Nanbu Clan in 1592 during the Kamakura period. Nanbu Nobunao may have started the construction of the castle, but the completion was seen by Nanbu Shigenao the third generation lord of the clan. However, the castle was demolished during the Meiji Restoration and all was left were the stone walls. It was left ignored and unattended until it was turned into a public park. Now the Morioka Castle Site Park is a great place to relax enjoy the comfortable atmosphere of the city.

Things To Do in Morioka 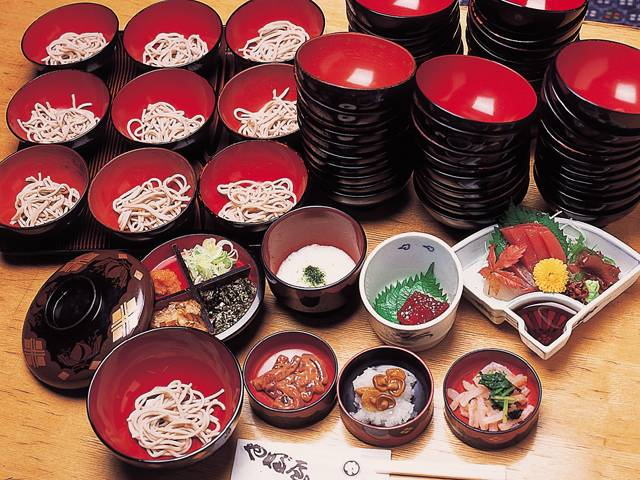 Wanko-soba (buckwheat noodles) is the local cuisine of Iwate and is eaten in a very unique and entertaining manner. 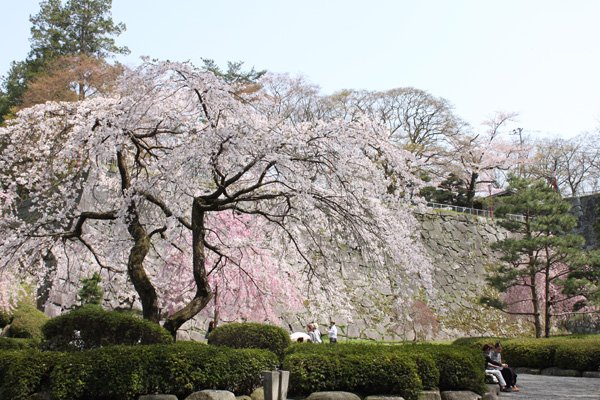 The Morioka Castle Site Park is where the Kozukata Castle once stood as a residency of the Nanbu clan.