Miyagi Prefecture is home to one of Japan’s three most scenic views and is along the coastline facing the Pacific Ocean.

Miyagi Prefecture (宮城県, Miyagi-ken) is located in the southern part of the Tohoku Region along the Pacific coast. The shoreline twists to the north, but southbound it is littered with warm beaches towards Matsushima Bay. It is most known for being home to one of Japan’s three most scenic views. Matsushima Bay is Miyagi Prefecture’s most scenic area because of the 260 islands covered with palm trees. To the south of Miyagi Prefecture is Abukuma River, east is Kitakami River, and west is the Zao Mountain Range. There is also the saw toothed rock formation in the Sanriku Fukko National Park, which leads to the Minami Sanriku Kinkasan Quasi National Park. The rock formation was formed in the aftermath of the 2011 Tohoku earthquake and tsunami. All around Miyagi there are onsens (hot springs) scattered around the prefecture. Naruko Onsen Kyo (hot spring village) has been one of the major attractions for over 1000 years. It is also the birthplace of the kokeshi (a simple wooden doll). The production of lacquerware from the Naruko dates back to more than 350 years ago.

Sendai is the capital of the prefecture is the main economic center and holds the largest population. Miyagi Prefecture’s industry centers on manufacturing, but there are large amounts of fishing and agriculture in the area. The prefecture is also home to one of the three great Tohoku festivals. The Sendai Tanabata Festivals bring over two million people to its celebration. It is the largest star festival in all of Japan. The festival is usually held at the beginning of August. Miyagi Prefecture was one of the hardest hit areas in the 2011 Tohoku Earthquake and Tsunami. To this day efforts are being made to recover from the devastation that was inflicted by the natural disaster. The Crown Prince and Emperor made a trip to the disaster area in order to help revitalize the prefecture.

During the Sengoku period various clans ruled different parts of Mutsu Province that is until Date Masamune became the ruler. It was 1601 when Date Masamune moved to Sendai to establish a castle and city. He was a close ally of Tokugawa Ieyasu, which allowed Sendai to rise in power and prosperity. Date Masamune’s strong personality, numerous victories in battle fighting with only one eye, and crescent moon symbol on his helmet has appeared in many movies, video games and stories. Even the mascot of Sendai is based on Date Masamune, but without the eye patch. As a child smallpox robbed him of his right eye, but that distinct feature led him to be often called the one-eyed dragon or “dokuganryu.” His aphorism is still quoted today which goes “Rectitude carried to excess hardens into stiffness; benevolence indulged beyond measure sinks into weakness.” 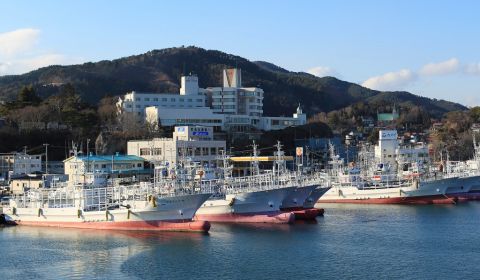 Kesen'numa is at the most northeastern point of Miyagi. It is the southern entrance to Rikuchu- kaigan National Park. 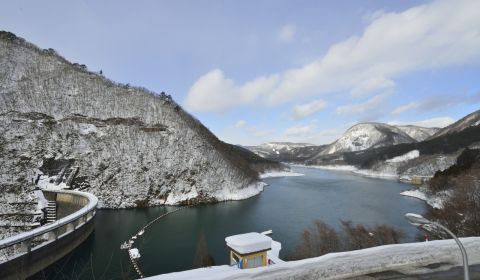 Naruko Onsen is over 1000 years old and has 9 unique water properties available in the area. 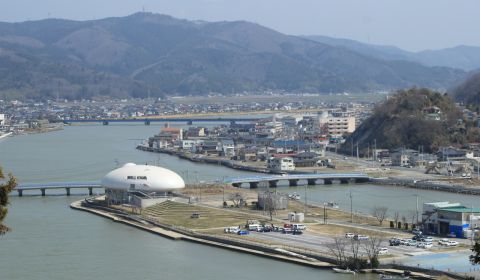 Ishinomaki is a large port city east of Sendai and was the hometown of the famous manga artist Ishinomori Shotaro. 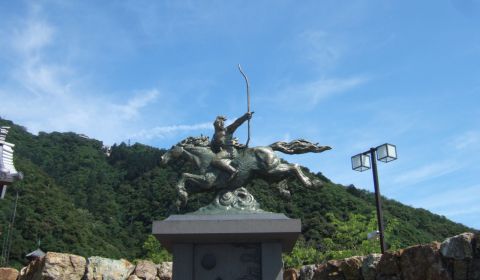 Kinkasan is an islet about 60 km east of Sendai and 1 kilometer to the southeast of the Oshika- hanto Peninsula. 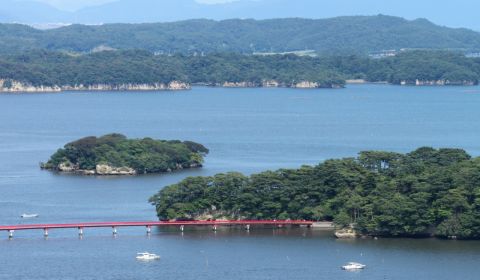 Matsushima is famous for having one of the most scenic views in Japan and is located half an hour away from Sendai. 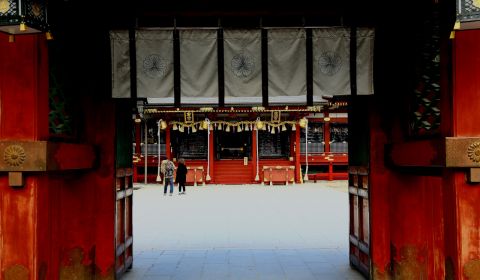 Shiogama is a city located on the eastern part of Miyagi Prefecture and is known for its salt production. 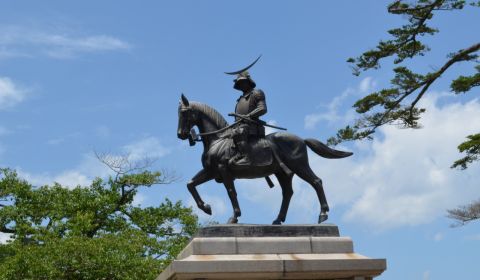 Sendai is the capital of Miyagi Prefecture and was founded by Date Masamune, a powerful feudal lord, as a castle town. 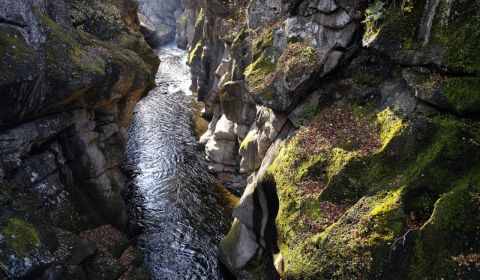 Akiu-onsen Hot Spring is located in the west part of Miyagi, on the bank of the Natori-gawa River.