Matsushima is famous for having one of the most scenic views in Japan and is located half an hour away from Sendai.

Matsushima (松島) is located half an hour away from Sendai. The name of the city literally translates to pine tree (松, matsu) island (島, shima). This could be due to the 260 small and large islands located 10 kilometers away from the city, which are covered by pine trees. There are a couple of islands that can be reached by a bridge and is open to the public. Near the pier of Matsushima is the Godaido, a small temple hall, which has become the symbol of the town. The view from the city is ranked number one as the most scenic spot in Japan. It is said that Matsuo Basho, a famous Japanese poet, visited Matsushima and wept when he saw the bay. One of the largest shell middens in Japan called Daikigakoi Shell Mound can be found in Matsushima. In the Nara Period, Taga Castle was established, which expanded the Yamato colonization in the Tohoku Region. During the Warring States Period, also known as the Sengoku Period, Mutsu Province was controlled by different samurai clans. That is until the Date Clan gained control of the land under the leadership of Date Masamune of the Sendai domain.

Date Tadamune, the son of Date Masamune, had a son named Date Mitsumune who passed away at the age of 19 because of disease, but it is rumored that the Tokugawa Shogunate poisoned him out of fear for his talent in literary and martial arts. Date Tadamune built a mausoleum for him in 1646 by transporting the summer home Mitsumune used while in Edo. There is a statue of Mitsumune riding a white horse surrounded by his loyal followers, who committed seppuku, enshrined in the Entsuin Temple. The Entsuin Temple is devoted to Kannon, Goddess of Mercy, in the hopes for his son to find peace. The temple was built right next to the Zuiganji, which is also a Zen place of worship. There are two gardens within the grounds of the Entsuin Temple. One garden is Japanese styled while the other is Western designed.

The Japanese garden has a karesansui (Japanese rock garden) and moss garden, which surrounds a pond, shaped like the kanji for heart (心) and represents the heavenly side. The Western styled one is said to have the oldest rose garden in Japan and represents the earthly side. Since the Date clan was interested in Christianity and Western culture, Tadamune included designs reflecting that inside the mausoleum. Autumn season is the best time to visit this temple because of the maple trees. During the spring season Matsushima will be covered with cherry blossom trees. The best place to see them is in the Saigyo Modoshino Matsu park where there is about 260 cherry blossom trees blooming. Matsushima is also a place to enjoy all you can eat oysters when they are in season.

Things To Do in Matsushima 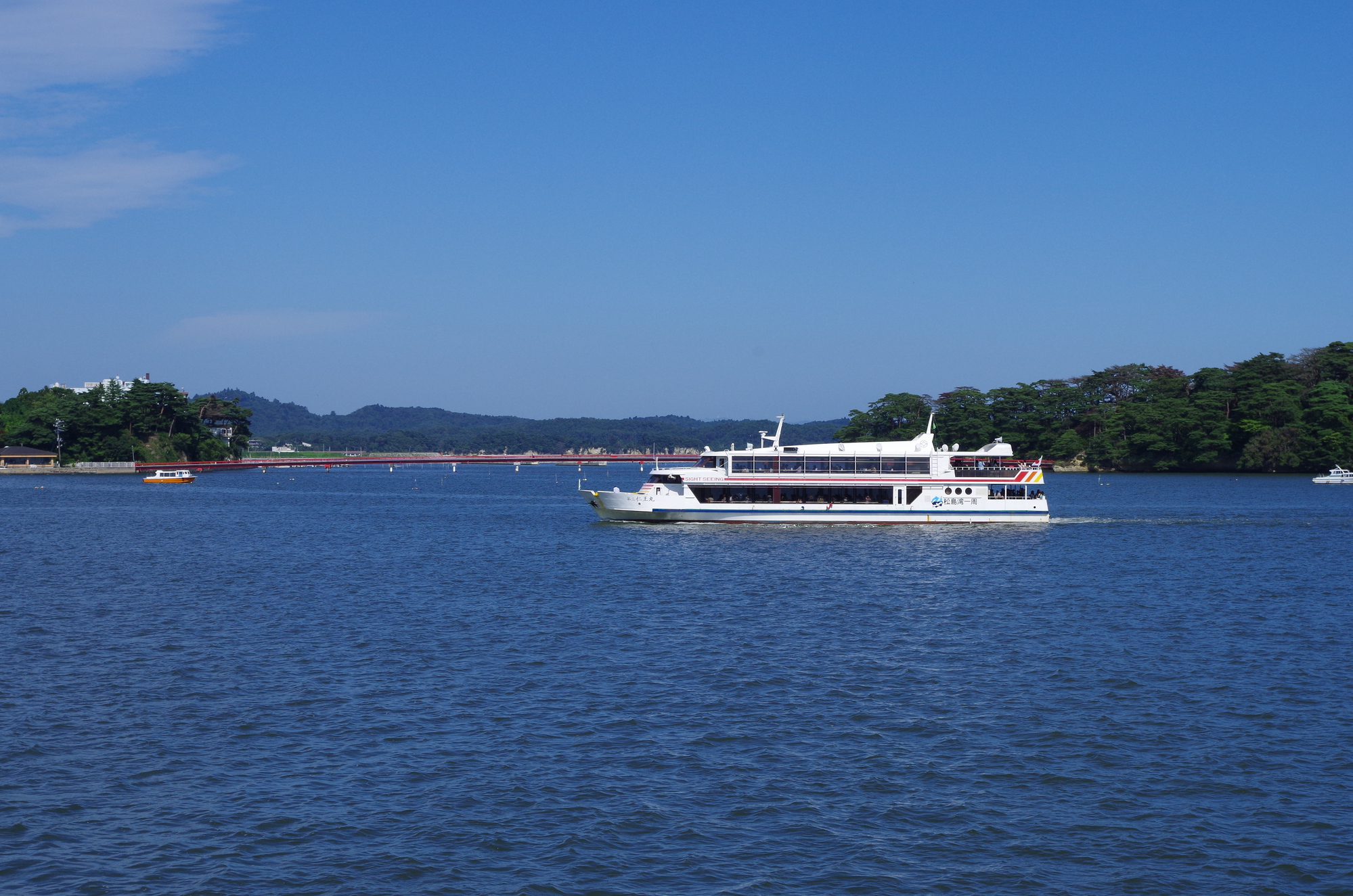 Matsushima Bay has been known as one of the top most scenic places in all of Japan for many years. 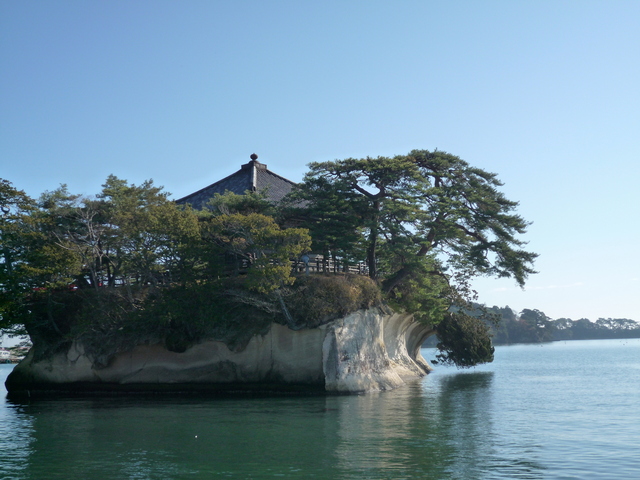 Godaido Hall is a small temple located on an islet right by the coast between Oshima and Fukuura Island. 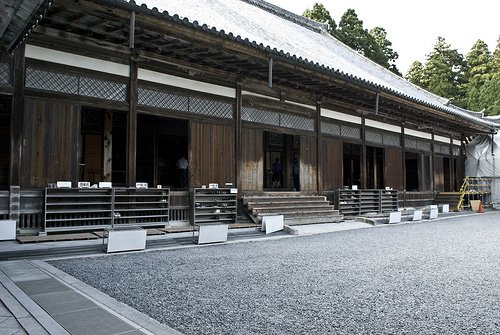 Zuiganji Temple is the most prominent temple in the Tohoku Region and was reconstructed by Date Masamune in the early 17th century. 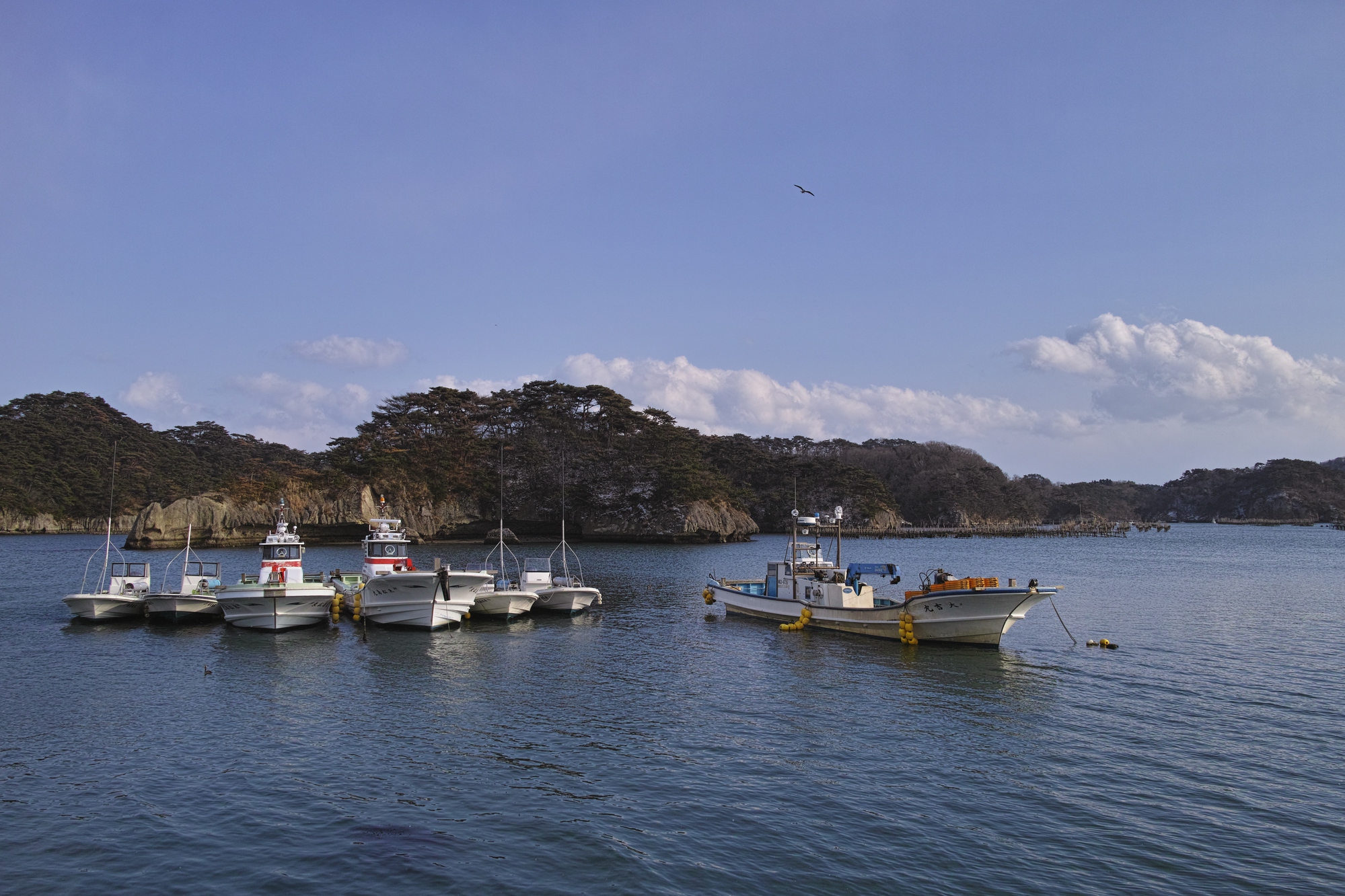 Matsushima Bay is one of the most scenic places in Japan and has 260 islands covered with pine trees. 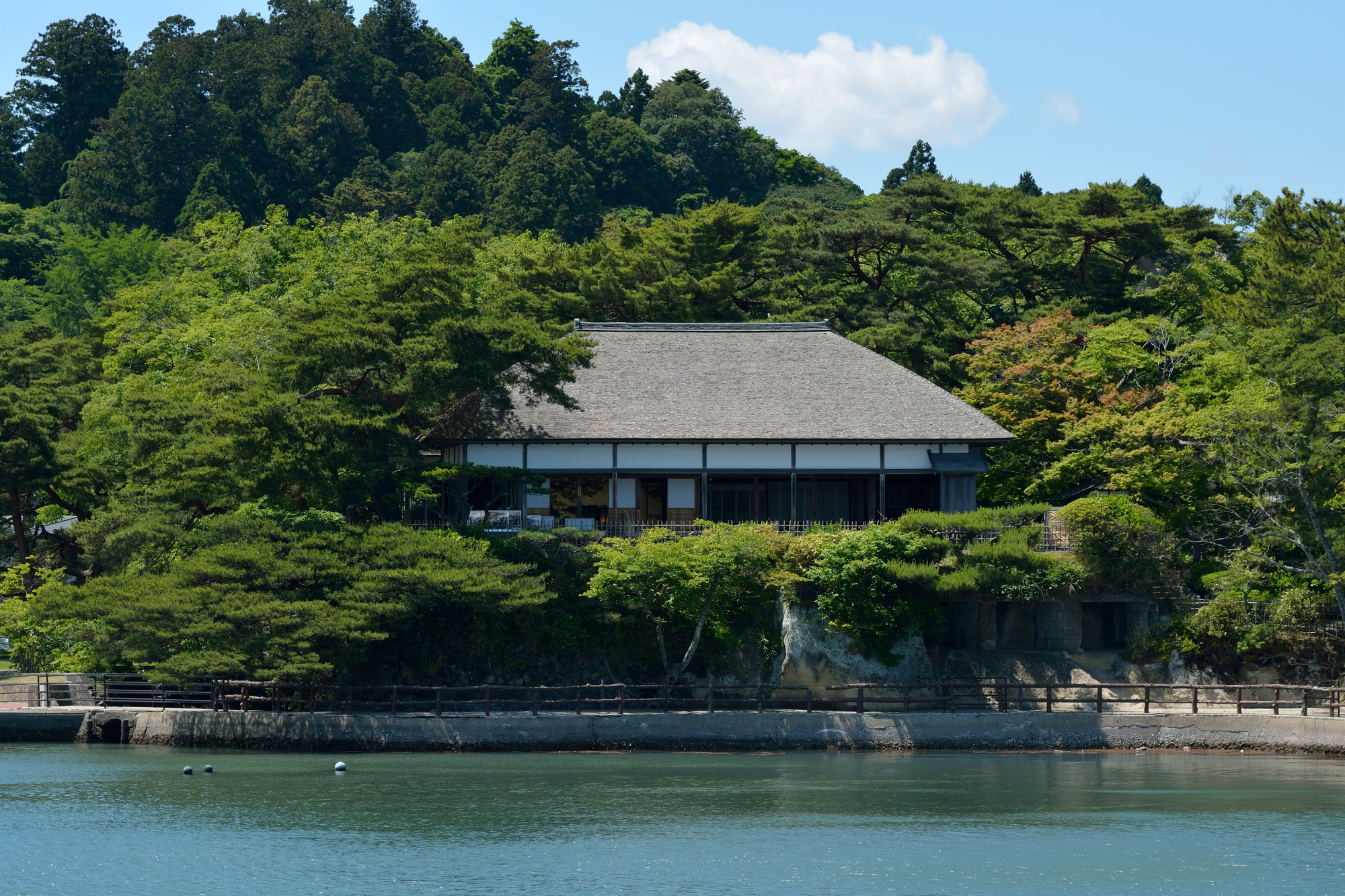 Kanrantei Tea house is the only surviving building of Date Masamune’s mansion complex and is located in Matsushima.