Naruko Onsen is over 1000 years old and has 9 unique water properties available in the area.

Naruko Onsen (鳴子温泉) is located in the northwestern part of Miyagi Prefecture. The hot springs has 9 different water properties water available. There are over 400 sources to draw from and it is very common for people of the city to dig up their own hot spring. The Naruko Onsen has a reputation of having curative properties. In the Naruko Onsen Kyo (hot spring village) there are five onsen areas, which are Naruko, Higashi Naruko, Kawatabi, Nakayamadaira, and Onikobe. The onsen (hot spring) is over 1000 years old and was first discovered in 837. The water first appeared after Toyagamori erupted. Back then the village people called it “Narugou no Yu” because of the roaring sound it made when it gushed out. On the shores of the caldera is the most acidic body of water in Japan known as Lake Katanuma. The green water lake remains in quiet solitude devoid of life.

There are a few free baths available to use like the ashiyu (foot bath) by the station. There are also many ryokans (Japanese traditional inns) to choose from. The ryokans usually serve food that uses local ingredients. While the area is famous for its hot springs it is also known for being the birthplace of kokeshi, a traditional wooden doll. The Nihon Kokeshi Kan (Japan Kokeshi Center Museum) showcases over 5,000 kokeshi dolls. The style of the kokeshi varies by region, but the unique feature of the Naruko Kokeshi is that it makes a sound when you turn the head. For 350 years Naruko has also been producing high quality lacquerware. They have also produced affordable lacquerware like eating utensils or cups in the area. Kuri dango is a specialty snack that has been a favorite of visitors for generations. It is a healthy Japanese sweet where a whole chestnut is wrapped in sticky rice and covered with a sweet sauce. It is best enjoyed with a cup of green tea.

Matsuo Basho, a famous Japanese poet, and his apprentice Sora travelled through the Tohoku region, which included the walking trail that went to the Four Tamatsukuri Stations. These stations were located in Shitomae, Kajiyasawa, Nakayama and Onikobe. Naruko served as an important location for both the Dewa Kaido and Ugo Kaido roads. At the Shitomae no Sekisho (Shitomae Checkpoint) Matsuo Basho and Sora had difficulty gaining passage through. It is said that they were severely questioned by the guards before they were allowed to pass. Today there is a bronze statue of Basho near the checkpoint. On the mountain road through the forest there is a stone tablet with one of Basho’s poems inscribed on it. The poem “蚤虱馬の尿する枕も” (Nomi shirami, Uma no shito suru, Makura moto) translates to “Fleas, lice, Horse pissing, Beside my pillow.”

Things To Do in Naruko Onsen 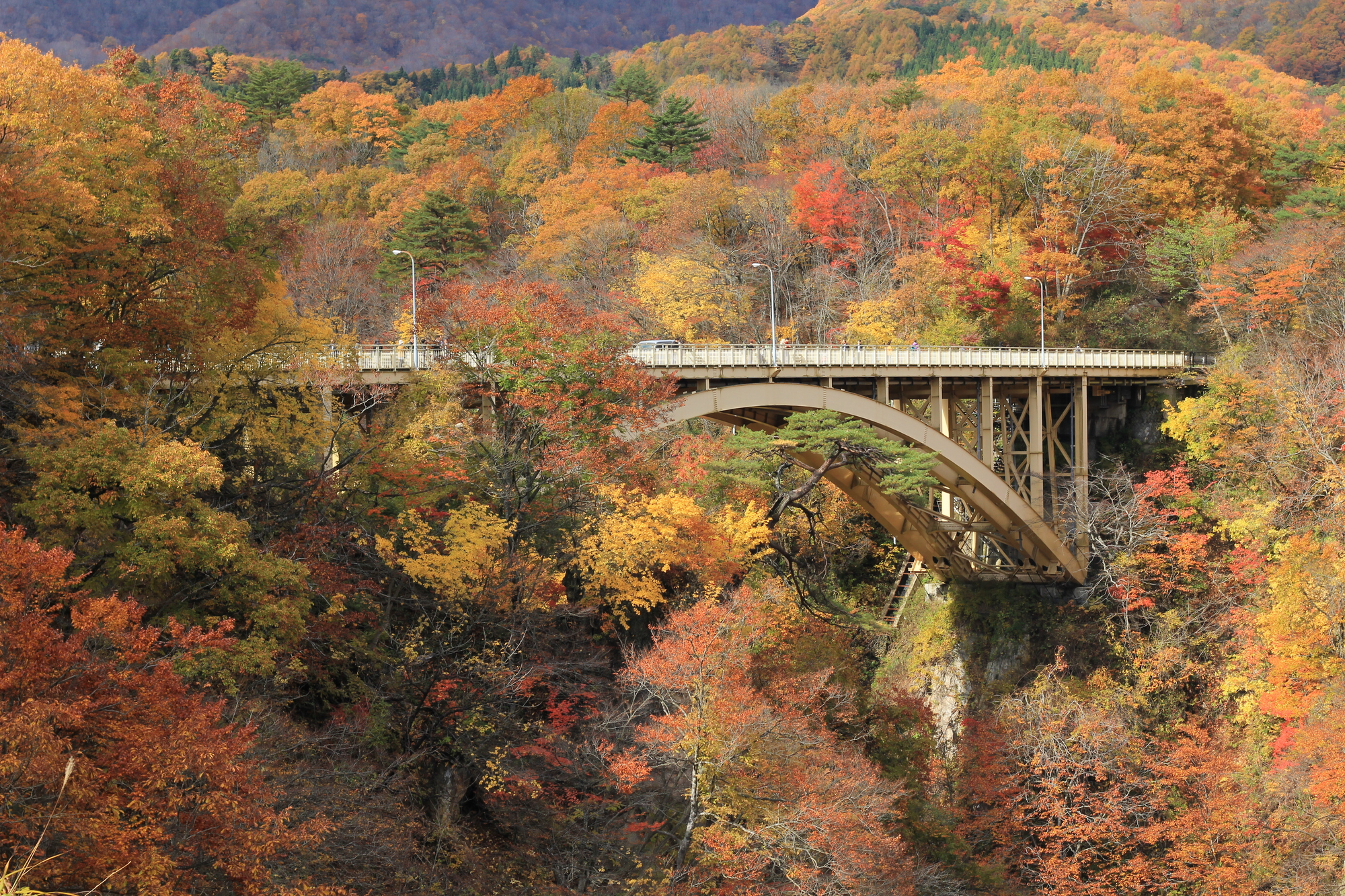 Naruko Gorge is one of the most scenic gorges in the Tohoku Region especially during the autumn season.