Zao is located on the Yamagata/Miyagi prefecture border and is known for its beautiful nature.

Zao (蔵王) is located on the borders of Yamagata and Miyagi prefecture. It is part of the Zao Quasi National Park, which was established in 1963. Zao refers to not only a singular peak, but to an entire mountain range. It is also the location of one of the most active volcanoes in Japan. Mount Zao’s eruption in the 1720s created a crater that formed Lake Okama. It is a lake mostly known for the five colors it changes to throughout the day. On the path to the crater is Jizo and Kumano Mountain. At the top of Jizo mountain is a large statue of Jizo, which is the guardian of the dead spirits. It is said that the stone monument was erected in 1775 as a protector for the souls of travelers who died traversing through the slopes.

The hiking season is from May to October and on the trails hikers can enjoy wide open spaces littered with alpine flora. The Zao Echo Line gets close one of the secondary peaks of Mount Zao known as Kattadake. It is one of the places to see Okama Crater since approaching it is not allowed. Near the Zao Echo Line is an observatory called Takimidai. From Takimidai visitors can see two waterfalls that are 7 kilometers west of Mount Zao. Sangai Waterfall is 181 meters high and looks like it has three steps. The other is Fudou Waterfall, which is 53 meters high and both of these falls are located deep in a valley covered by woods. There is also the Zao Sanroku Ropeway that leaves from Zao Onsen up the mountain that people may use. It is most often used in the summer and winter seasons. When using the ropeway in the wintertime visitors have the chance to see the famed Zao snow monsters, which is a phenomenon that occurs only in that region. It is a result of Fir trees being covered in snow and ice to the point of looking like snow monsters.

The sight of Mount Zao covered with snow monsters brings spectators, but the powered snow attracts skiers to the resort. The slopes on Mount Zao are in close proximity to the hot springs resort. People who go down the slopes while skiing or snowboarding can end up in the middle of the Zao Hot Springs Resort. Zao’s onsen is the oldest of the three great hot springs located in the Tohoku region. It is widely known for its water properties that are good for skin conditions and gastrointestinal disorders. On the other side of Mount Zao is the Togatta Hot Spring Resort, which is about 15 kilometers north of Shiroishi City. It is said that this resort opened in 1601 and is known for its two public bathhouses, Kami no Yu and Kotobuki no Yu.

Things To Do in Zao 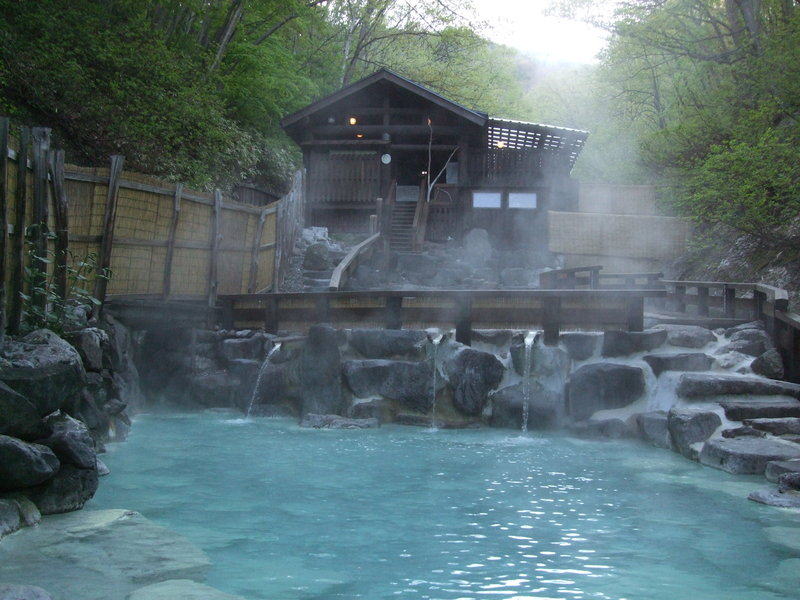 Zao Onsen is said to have been founded in 110 AD and is famous for its huge outdoor bath. 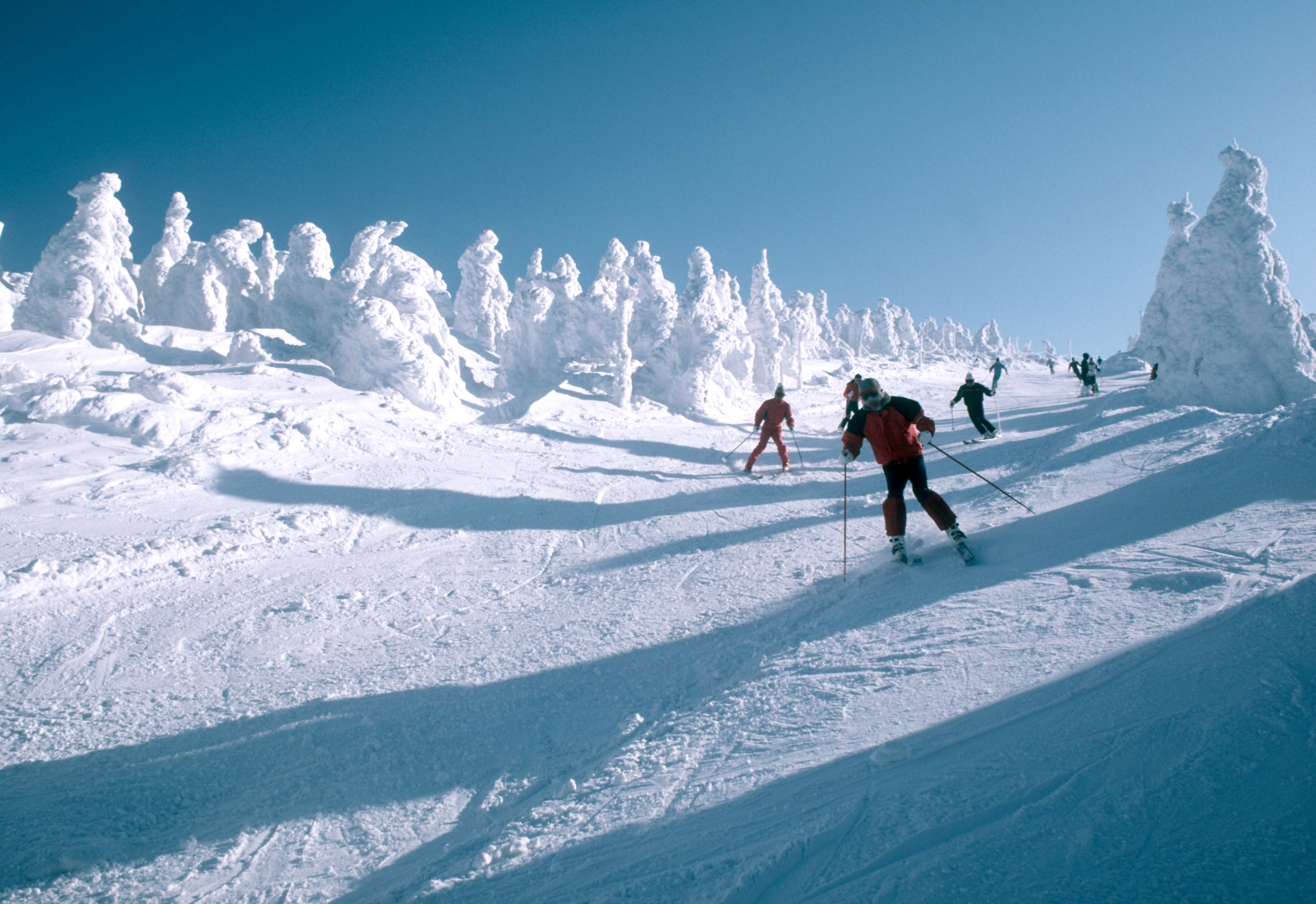 Zao Onsen is a well known hot spring and ski resort in the mountains of Yamagata Prefecture. 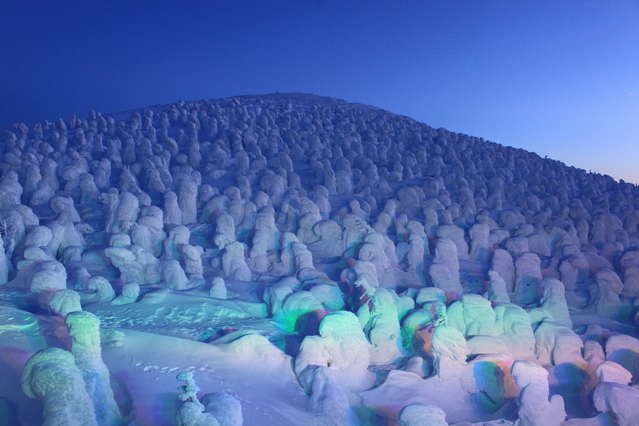 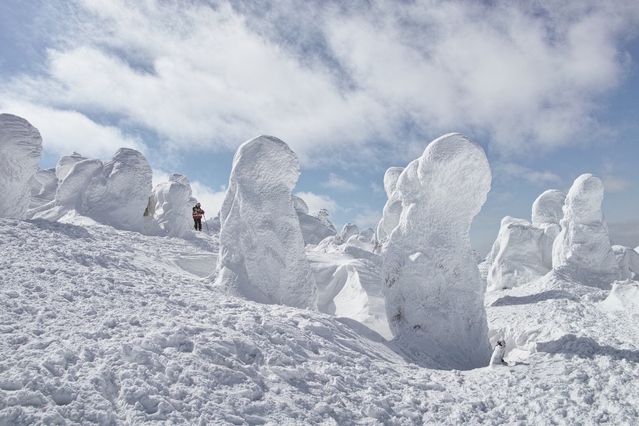 Zao Snow Monsters are a winter phenomenon that is a result of Fir trees being covered with snow and ice. 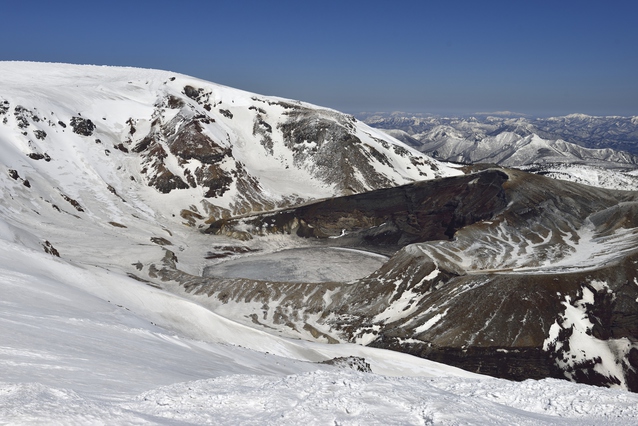 Okama Crater is located on the borders of Yamagata and Miyagi prefecture as one of the main features of Mount Zao.